It’s finally here. ‘Firepower’, the most hotly anticipated Metal album of 2018 has arrived and it lives up to and surpasses all expectations.

Judas Priest’s eighteenth studio album brings together the sound and fury of classic albums past into one unified Metal masterpiece. It’s a glorious traditional Metal crowd pleaser with modern production to match.

Tom Allom and Andy Sneap’s production, aligned to the band performing together in the studio for the first time since ‘Painkiller’, has created a record that explodes with a frenzied power and energy beyond anything you’d expect from a band of this vintage.

It sounds colossal and, probably due to Richie Faulkner’s input, there’s absolutely no resting on past glories – this is certified fresh. Scott Travis and Ian Hill perform out of their skins throughout, underpinning pitch-perfect twin guitar work from Glenn Tipton and Faulkner, who play together with the intensity and harmony you’d expect to hear on 80s classics ‘Screaming…’ and ‘Defenders…’.

Halford, as usual, is in a league of his own. This time though, as well as the voice, he’s brought insightful and intelligent lyrics that bring to mind the class of 1970s era Priest, particularly ‘Stained Class’ and ‘Killing Machine’.

Every song has been crafted to perfection, whether short bursts of power like ‘Flame Thrower’, instant rock-radio classic ‘No Surrender’, or the heavy intense tracks like ‘Lone Wolf’, a Pantera-styled new direction for the band, the awesome ‘Spectre’ and the dramatic ‘Necromancer’, all destined to be future fan favourites.

And then there are the anthems. 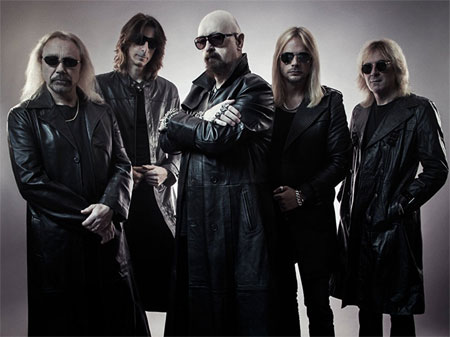 If you thought classics like ‘Tyrant’ or ‘Between The Hammer And The Anvil’ couldn’t be matched, hold my beer…

‘Never The Heroes’ starts the ball rolling; a mid-tempo arena-sized track with all the classic Priest signature elements you need to hear in one place. ‘Rising From Ruins’ raises the bar, delivering a hypnotic hymn of revival that brings to mind not only ‘Blood Red Skies’ but also the often overlooked ‘Cathedral Spires’ from the uber heavy ‘Jugulator’.

It is ‘Traitors Gate’ however, which is the album’s absolute highlight. It’s a gift to fans from the Metal Gods. Halford roars into a story of mediaeval betrayal and execution against a backdrop of ‘Halls Of Valhalla’ style riffs and twin guitar power, matched by Scott Travis’s flawless double-bass work – he simply pummels his drums into oblivion. This song’s huge anthemic chorus would send shivers down a ghost’s spine. If it had one.

With the news of Glenn Tipton’s battle with Parkinson’s and his retirement from touring, this is something he can stand back and be extremely proud of. Mr Tipton, we salute you!

The excellent ballad ‘Sea Of Red’ closes out the album and allows time to reflect on what a remarkable record this is. The blend of modern – Faulkner, Sneap – versus traditional – Allom, Halford, Tipton, Hill and Travis – has created a timeless and utterly epic Heavy Metal album.

This is not only the follow-up to ‘Painkiller’ we’ve all been waiting for, but so much more. This new chapter in the ever-growing story of the band puts them firmly back on top of the world of Heavy Metal.

Priest have already been announced for both Wacken and Bloodstock festivals for 2018. The Metal icons are one of the most-requested bands by the Bloodstock’s loyal fan base and have been hot favourites to play Catton Park for some years now. They will finally make their Bloodstock debut on Friday night, 10th August 2018.

The band commented when their Bloodstock appearance was announced:

“Judas Priest are thrilled, honoured and primed, ready to unleash Priest-style Metal fury into the headbanging heart and home of Heavy Metal at Bloodstock 2018!”

Gojira were previously announced as Saturday night headliners and Nightwish as Sunday headliners.

Rob Halford / The Metal God to Confess all next month 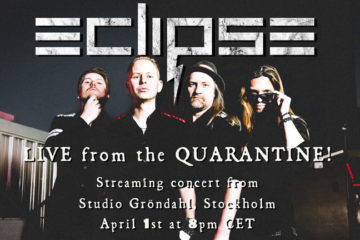