Stone Broken have had a very busy year so far riding on their self-financed first album, ‘All In Time’, with huge gigs falling out the sky for them.

This has included tours with Glenn Hughes and Cheap Trick and playing the main stage at the Ramblin’ Man Fair, Download, Rockstock and now supporting New York rockers Living Colour.

The Robin2 in Bilston was crammed with fans to see this local band and Stone Broken did not disappoint. As soon as drummer Robyn Haycock showed her face on stage the crowd erupted with huge cheers and whistles.

A small intro and Boom! – they were cranking out ‘Stay All Night’, the last track from their debut album and it got the fans really rockin’.

Third song in, ‘Be There’, had a Southern sort of rock feel and cranked into life with a stompin’, chunky riff, which again got the crowd singing along and even saw the odd fist in the air during the chorus.

‘Wait For You’ calmed things a little with a nice cool, clean intro and singer Rich Moss provided some gorgeous vocals on this which was reminiscent of Tyler Connolly, with massive guitars and a nice bottom end bass provided by Keiron Conroy.

As they finished the set the crowd were genuinely a bit sad to see these guys leave the stage because they gave a tight and polished performance, with songs that could go on forever.

They were also very courteous with fans who came to get signatures and have photos taken with them and were very genuine towards everyone who wished them well.

After the set I had a chat with guitarist Chris Davis and I congratulated him on the band having come to the fore so fast.

Hearing your own work on major Rock Radio Stations must be an incredible feeling?

“It’s surreal, to be honest. It’s one thing to hear it on the radio, but it’s more amazing when you don’t expect to hear yourselves. It sounds odd, but I’m still blown away by that.”

You’ve just been to Europe with Glenn Hughes. How was that?

“It didn’t sink in at first that we were off to Europe, let alone with Glenn Hughes, and hopefully next year we’ll be over there again to maybe headline a few shows.”

Who is the writer of your material?

“Rich usually comes up with an idea, brings it to the table and we all collaborate our own little things. We jam it through and it grows from there really.”

What are your themes for your songs? Is there anything you consciously go for in the writing of them?

“Firstly we play the song through and add lyrics later, and ask ourselves ‘what does the song give off’, and a lot of it is life experiences, which always makes a good starting point.”

Do we have anything to look forward to next year?

“We have our new album already recorded and we’re waiting for it to be mastered. Hopefully that will be out early February next year if it all goes to plan.”

New York City rockers Living Colour came to the town of Bilston with their hard rock funk Metal hoping to win the hearts of the Robin2 Club, and boy, did they do a sterling job, giving us a most unique experience.

Promoting their new album, ‘Shade’, they hit the stage with very colourful attire, as you would expect from Living Colour. Guitarist Vernon Reid warmed into a little ‘Preachin’ Blues’ by the blues icon Robert Johnson which the crowd absolutely loved.

Singer Corey Glover shouted out: “Doug has something to say to Donald Trump,” and Doug Wimbish sent his message to Mr Trump by slapping his bass to the intro to ‘Wall’ from the ‘Stain’ album. This got the crowd heated up, with cheers and beers flowing.

They ploughed through ‘Middle Man’ and ‘Desperate People’ from ‘Vivid’ and from the ‘Stain’ album, ‘Ignorance Is Bliss’ before returning to the new album with the huge sounding ‘Who Shot Ya?’, The Notorious B.I.G.’s cover, and this was quite an emotional tribute to the American Rapper, with some super crunching sounds coming from Reid’s gold coloured PRS guitar, in unison with Doug’s solid bass lines.

The sad part of this next song is it’s still very relevant today, probably even more so in fact. ‘Open Letter To A Landlord’ has real meaning and the crowd were jumping to this one. It was a real treat to hear live after so long listening to it on old vinyl.

And so to their timeless classic, ‘Cult Of Personality’ of course, which everyone knew and sang at the top of their voices. Corey got the whole crowd literally jumping which was absolutely brilliant after all this time.

This band is still as tight as a duck’s proverbial and oozes class musicianship. You cannot dismiss their talent and it was fabulous seeing them in the UK.

Snowy White / Back in style with the White Flames 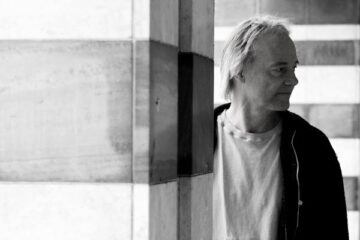