‘Between A Breath And A Breath’ is the result of a collaboration between Judy Dyble, original vocalist of Fairport Convention and David Longdon, vocalist for Big Big Train. The album has been released two months after Dyble’s sad passing.

Dyble Longdon – Between A Breath And A Breath (English Electric)

From playing the early Fairport Convention shows, sharing stages with the likes of Hendrix and Barratt-era Pink Floyd, Judy left the music business in 1973 for some years, before rejoining the Fairport fold in 1997 for the 30th anniversary reunion at Cropredy.

Judy said: “I first heard David sing with Big Big Train at King’s Place in 2015 and immediately decided that I really wanted to sing with him someday. And here we are with a collaborative album, which I think is wonderful!”

The pair set about writing songs for an album, though recording did not take place until mid 2019. By this point Dyble was 70 and long suffering with emphysema.

David Longdon told us: “Judy and I became friends during the writing and making of this album.

“Along the way, there was much laughter and joy – but also challenging moments. She was a woman of a certain age and she wrote articulately and unflinchingly about the autumn phase of her life.

“She dealt with her illness with incredible courage and fortitude. She suspected this album was her swan song and she gave it her all.

“Judy reassured me that she’d had a great life. Which indeed she did.

“And I miss her greatly.” 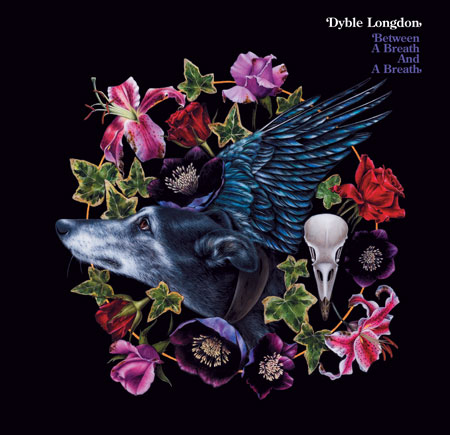 The album may be seen as a poignant tribute to Judy’s excellent lyrical style and beautifully clear delivery. But, set to David Longdon’s elegant music, as a seven track collaborative piece, it almost magically jumps of out the headphones.

Lengthy pieces such as ‘Whisper’ (7+mins) and ‘France’ (11+mins) verge on softer prog rock territory, but both are engrossing and the outro of the former is particularly emotive and powerful.

Tracks like ‘Obedience’ express the songwriting connection between Dyble and Longdon wonderfully. The track is a great mix of both of their vocal styles and builds to an exhilarating conclusion.

On the track ‘Tidying Away The Pieces’, Judy sings “I go through the motions of tidying away the pieces…. I will be alright…. People ask me how I am and say how sorry they are.” The song may be set to the theme of loss of a parter, but the fact that Judy knew she was ill, makes the feelings even more poignant.

For the title track, Judy had said: “I had discussion with my good friend, Jackie Morris, a writer of enchanting words and an illustrative artist of exquisite paintings, about where magic happens.

“She gave me the title and the rest of the song came from wherever words hang about and wait to find their new home…Between a breath and a breath is where the magic lies.”

David explains: “Judy and I set out to make a vinyl length album. Happily we ended up with more material than we needed.

“The seven songs that we ultimately selected for the album were all intensely personal lyrics for Judy.

“By contrast ‘Crossbones’ and ‘The Daguerreotype’ are outliers thematically.

“Judy and I were equally proud of them in their own right and agreed before her death that they needed to be heard, hence the digital releases in October and November.”

This is the only collaboration between Judy Dyble and David Longdon. While the story of the album is surrounded by Judy’s passing, this is a majestic and wonderful piece of music and should be celebrated as such.

3. Tidying Away The Pieces

4. Between A Breath And A Breath

Slash / He's a Pinball Wizard who plays the silver ball 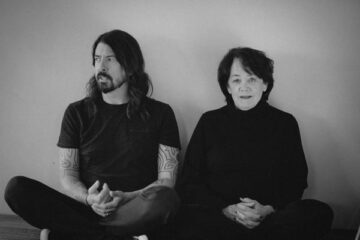