Known for his work with Whitesnake and The Trans-Siberian Orchestra, Joel Hoekstra now brings his laser sharp soloing to bear on his own solo project. Joel will appear on an episode of MetalTalk TV later this week.

The second album from Koel Hoekstra’s 13 side project, ‘Running Games’, sees Hoekstra take the lead for all manner of guitar wizardry over eleven original tracks, and he has assembled one impressive group of musicians to back him.

With Blue Murder’s Tony Franklin, Dio legend Vinny Appice, as well as Symphony X and TSO vocalist Russell Allen out front, the result is a powerful but not overly polished Hard Rock sound, with a touch of Power Metal here and there.

The opening track ‘Finish Line’ is a perfect taster of the entire album. Packed with razor sharp guitar licks and melodic choruses, it is more Symphony X than Whitesnake. ‘I’m Gonna Lose It’ is even better,, with Hoekstra trading furious solos with keyboardist Derek Sherinian.

‘Hard To Say Goodbye’ is a real highlight. Hoekstra’s melodic sensibilities, not to mention Russell Allen’s soaring vocals, keep you coming back for more.

Joel Hoekstra spoke to MetalTalk, in an MTTV episode to air this week, about his writing process for the record: “I can trace most of these songs back to being on the road. I will usually do it in two writing blocks, because I will write the guitar riffs and a chorus. I will have a lyric for it and probably a melody for all of it.

“Vinny and Tony record to that, then I will write lyrics and pre-chorus. From there we are off and running.

“Then it is Russell Allen’s turn. I will lay down a guide vocal, then he will come in and sing it much better than me [laughs]”. 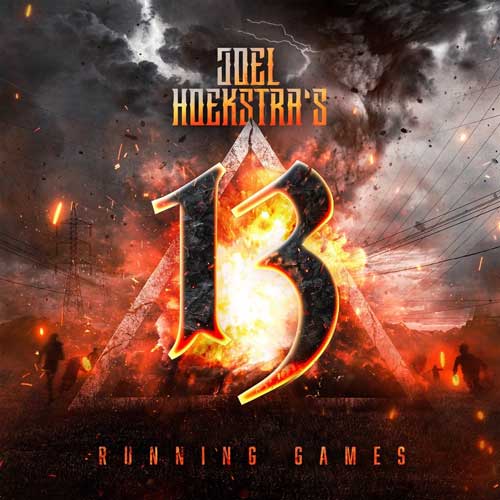 ‘Heart Attack’ bounds along with a muscular, Bluesy riff weaving through a finally balanced mix, while ‘Fantasy’ has the brooding yet catchy feel of a modern Dio song. ‘Lonely Days’ is a fantastic, AOR flavoured Rocker that sounds like a cross between Foreigner and Night Ranger.

‘Take What’s Mine’ is more riff heavy, arena ready modern Rock, that hits the right spot of anthemic without being too syrupy or predictable. The album ends with a wonderfully unexpected change of pace in the acoustic title track. Gorgeous unplugged playing and wistful vocals make the perfect ending to such a bombastic album.

Joel told MetalTalk about his take on the album: “I think all the songs are pretty strong on it, so I hope people find it all killer no filler, as they say.”

This is an excellent album and hopefully one of many more to come from Joel Hoekstra.

Ghosts Of Sunset / Pure comfort music from start to finish 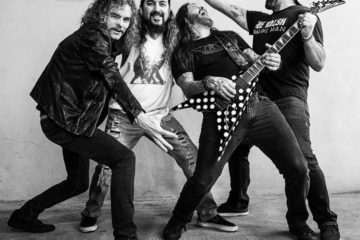