Kennedy is no stranger to the music scene, as we found out recently in an interview ahead of the release of his first book ‘Noise Damage : My Life as a Rock’n’Roll Underdog’ (Release date 18 October 2020).

And that experience has given him a great platform to write, perform and produce this epic album.

Opening with the heavy, fuzzy riff of ‘The Power’, you are sucked into the album right from the start. Kennedy’s calls “Who wants a revolution?”, which may be quite apt for these times, but not apparently if you are YouTube.

Kennedy told us: “Youtube took down the first single from my latest album ‘Make Anger Great Again’ after one day because they found the protest footage ‘shocking’.

“You’ve got to fight so hard for even the smallest things but I’m used to it now. When I checked to see how the video was performing and saw that it had been completely blocked by Youtube…I just laughed!”

Track two, ‘The Autopsy’, is one of the several highlights, proving that performing ‘anger’ can be both Heavy, Metal and Melodic.

Kennedy sings “But don’t we want more from this life than just to work, shop, drink and die?” – Well, MetalTalk would like a gig to go too for a start!

‘Ghosts’ follows and this is the first track from the album not released on YouTube yet. It continues in the Heavy, Melodic vein, but with a great crowd participation chorus part – surely to be a great live song.

The speedy ‘Mind Revolution’ is followed by ‘Algorhythm’, a sweet Heavy Funky track, evoking memories of Prince in his pomp.

The pair of ‘Outragers’ and ‘We Fight Dirty’ continue the theme of angst, backed with great grungy distorted guitar, but ‘The Solace In Sickness’ which follows, is the epic of the album.

Here, while the lower range verses leave you sensing a struggle with society in general, the chorus seems more forward thinking and upbeat, leaving Kennedy to ‘get it off his chest’ with a great chorus ending scream. Great track. 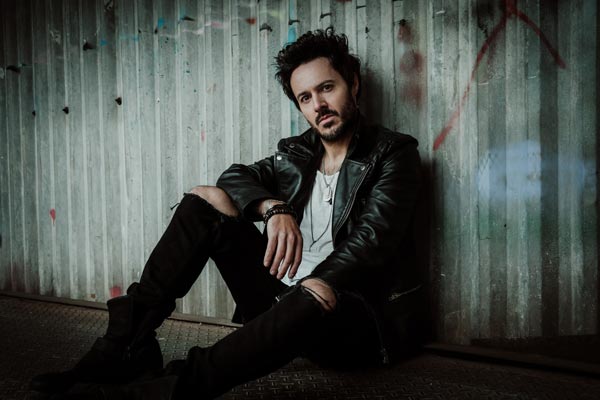 To follow the awesome ‘The Solace In Sickness’ with the fantastic ‘Struggles’, is a great move. It evokes memories of listening to an album from start to finish, it flows that well.

‘The Struggles’ is a great Melodic track and another highpoint on the album, with a super riff and great passionate chorus. This is Kennedy’s auto-biographical track, as he covers how he deals with those thoughts that have filled his brain over all the years.

The album finishes with a brace of good closers, the atmospheric ‘Primal’ and ‘Broken Compass’.

This is a pretty damn great album.

In the memorable track, ‘Struggles’, Kennedy asks “When will my victory come?”

He might not have started the revolution yet, but Kennedy has released one of my favourite albums of the year.

And in these disastrous times, these are the small victories I’ll always celebrate.

We asked James what fans can expect from ‘Make Anger Great Again’? Is this a new piece specifically written, or did you carry on writing after the period in his book?

Kennedy told us: “‘Make Anger Great Again’ was written really quickly in the last two months of last year and recorded in January and February this year.

“It’s a million miles away from my last album ‘Home’ and is much more similar to the sound of Kyshera, but it was written out of a frustration with the social and political climate at the time, like Brexit, Boris, Trump etc –

“I was like ‘why aren’t more people pissed off about all this!’

“Fast forward a few months and it feels like the whole world is rioting.

“People have told me that my timing has been immaculate with this album and how it ties in perfectly with what’s now happening in the world, but it honestly wasn’t planned that way!

“And it’s actually been a hindrance to the album.

“As I mentioned, the video for ‘The Power’ was taken down by Youtube a day after it went up, Facebook wouldn’t allow any ads for the album on its platform and I’ve been bombarded with tons of hate from angry Trump fans (that part’s been fun though ha ha!!).

“But what you can expect from ‘Make Anger Great Again’ is layers of filthy guitars, pounding drums, songs that couldn’t give a fuck about anyones approval and lots and lots of delicious anger.

“It’s a throw back to the days when rock music had some warts on it. Before it all got so polished & polite.”