The wait for Maiden had seemed like forever when ‘The Legacy Of The Beast’ tour finally rolled into Los Angeles a little over two years since their last visit to the city. On a steamy Saturday night their presence had attracted a sell out crowd of 23,000 uniformed fanatics to LAFC’s new state of the art soccer stadium, the perfect venue for a band of Maiden’s stature.

With no new album to draw from the band revisited the same setlist of classics that they toured around Europe last year to promote the comic and gaming app that gives the tour its name. The fact that the band, now in their 45th year, continue to deliver the goods is a wonderful testament not only to their overall fitness but their enthusiasm too and hopefully we will continue to see performances of this quality for many years to come.

This LA gig was this particular observer’s third show of the tour and without question the bar had been raised even higher for what is widely regarded as one of the major showcase cities of the tour, so when the now traditional first strains of UFO’s ‘Doctor Doctor’ emanated from the PA the excitement within the stadium had reached fever pitch. The wait was finally over.

The 90% full sized inflatable spitfire that debuted on last years’ European leg of ‘The Legacy…’ tour has been seen on YouTube screens around the world but that doesn’t spoil the thrill of actually seeing it with your own eyes, spectacular, soaring above the band as they literally smashed into ‘Aces High’. As a set opener it really doesn’t come much better than this with Bruce Dickinson’s sprinting entrance culminating in a spectacular knees to chest leap that completely defies the logic that the youngest member of the band recently celebrated his 61st birthday. 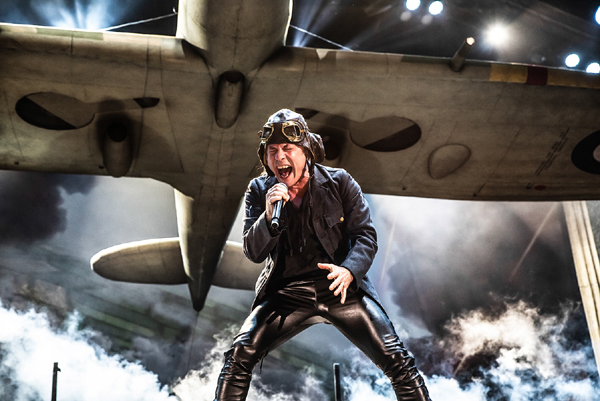 With an ever-smiling Dave Murray, Adrian Smith and Janick Gers all happy to remain in their allotted stage positions it’s left to Bruce and Steve Harris to roam to all corners of the stage and beyond, the latter adopting his now infamous foot on monitor machine gun stance at regular intervals.

There’s no doubt though that Bruce is the star of the show. His voice really hasn’t sounded any better than it does right now, maturing like a good wine but it’s not just his singing that makes him such a rivetingly charismatic frontman. Costume changes and role play to align with the tune the band are about to deliver are now an integral part of his performance. Entering the fray in RAF tunic and flying cap for the opener he quickly changes into the ski jacket that more resembles a straight jacket for the imperious ‘Where Eagles Dare’ and continues to change looks throughout. 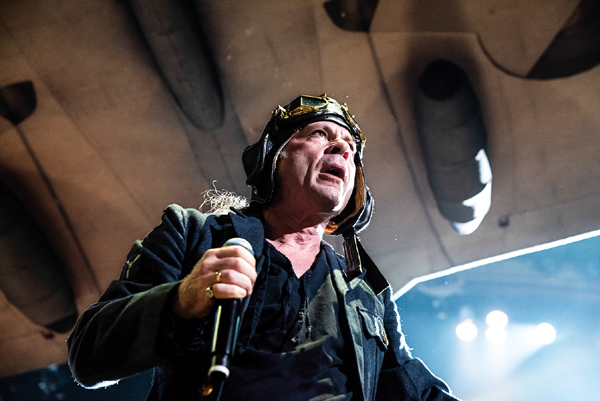 The unmistakable Adrian Smith riff to introduce ‘2 Minutes To Midnight’ follows with Bruce showing some nifty footwork that surely makes him a must for the next series of ‘Strictly Come Dancing’ and for the next hour-and-a-half there really is no let-up in the quality of what we get to witness. ‘Revelations’, a welcome addition to the set not having featured since it’s release way back in the early 80s, follows on from the classic ‘The Trooper’ which affords Bruce the perfect opportunity to show off his fencing skills with a ten foot Eddie who surprisingly gives as good as he gets before a blast from the singers disguised musket sees him fleeing the stage with his tail between his legs.

Next up is the newest song in the set, ‘A Matter Of Life And Death’s’ ‘For The Greater Good Of God’ and Bruce’s value to the band is highlighted no better than on the two classic songs in the set from the Blaze Bayley era that surround these three. No disrespect to Mr Bayley but Bruce has elevated ‘The Clansman’ and ‘Sign Of The Cross’ from the great album songs they undoubtedly are into absolute legendary classic live status, staples of the set, the former causing 23,000 people to bellow at the top of their voices for the freedom the song demands. 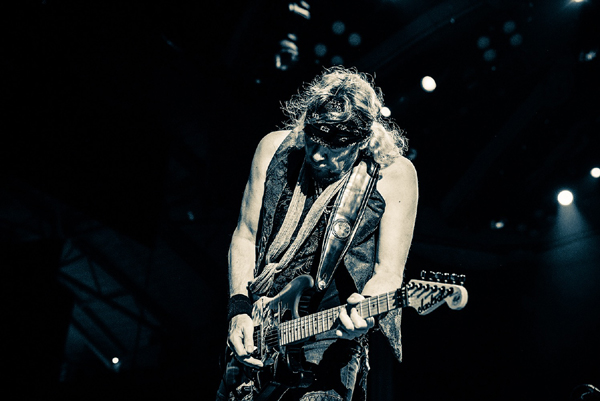 ‘The Wicker Man’ ups the tempo again causing frenzied air guitar riffing to emanate from all corners of the stadium before the band launch into another tune that’s been missing from the set for many years, ‘Flight Of Icarus,’ the stage dominated by a huge inflatable Icarus and Bruce spraying jets of fire into the already humid night air from the flame thrower strapped to his back.

Probably the best reception of the evening comes next with the spine chilling ‘Fear Of The Dark’ as the set draws to it’s natural conclusion with two more slabs of classic hard rock, ‘The Number Of The Beast’ and long-time set closer ‘Iron Maiden’ before the band satisfies the crowds baying for more by returning to the stage for three additional songs. ‘The Evil That Men Do’, ‘Hallowed Be Thy Name’, probably the greatest rock song ever written, and to conclude a wonderful evening, the singalong ‘Run To The Hills’. 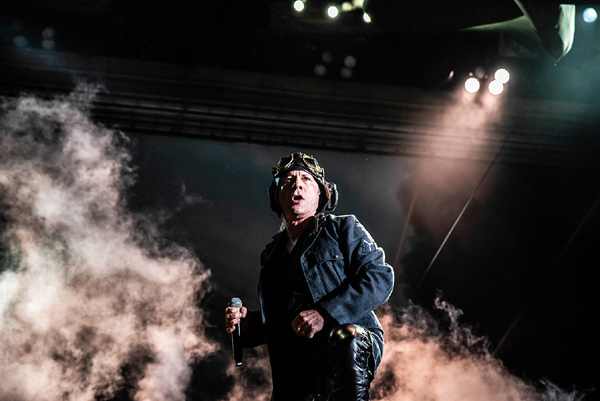 Despite the sands of time running a little low – the bands combined age totals 370-plus years – Iron Maiden thankfully show no signs of slowing down. If anything they seem to go from strength to strength and whilst they obviously can’t go on forever, on this showing they can continue for some time yet. Myself and 23,000 others happy Los Angelenos sure as hell hope so.

Setlist:
Aces High
Where Eagles Dare
2 Minutes To Midnight
The Clansman
The Trooper
Revelations
For The Greater Good Of God
The Wicker Man
Sign Of The Cross
Flight Of Icarus
Fear Of The Dark
The Number Of The Beast
Iron Maiden
The Evil That Men Do
Hallowed Be Thy Name
Run To The Hills 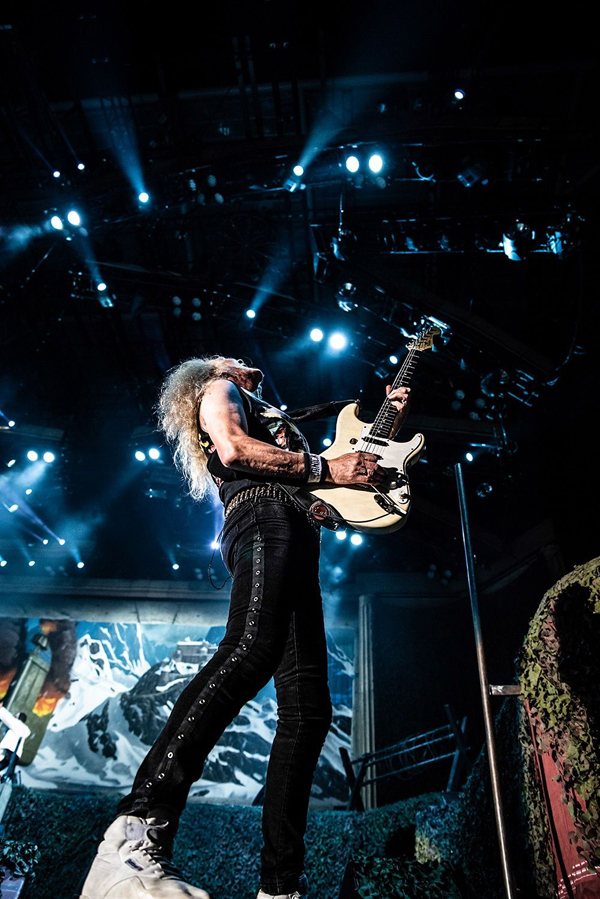 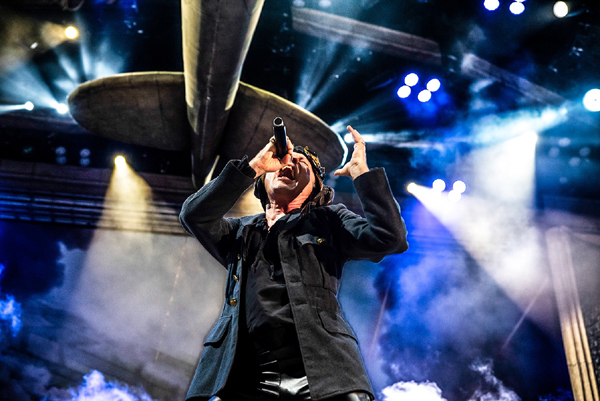 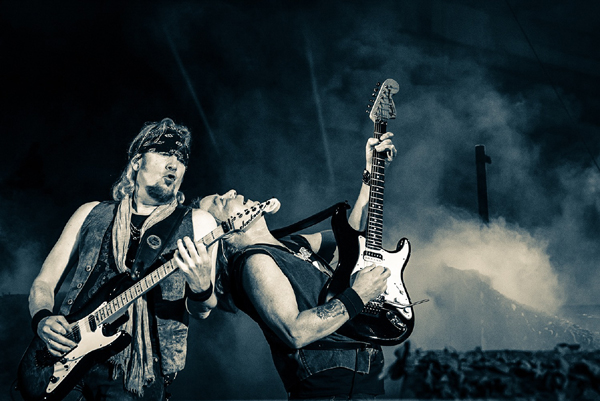 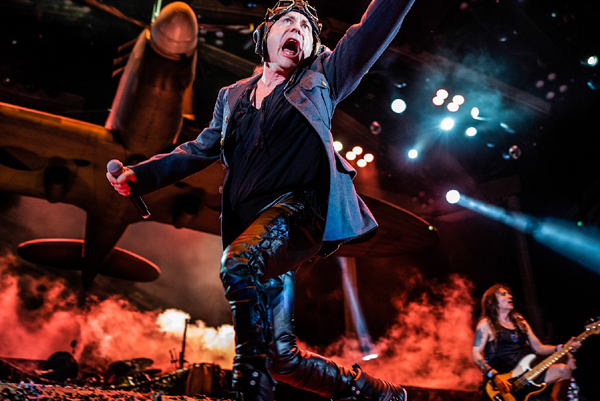 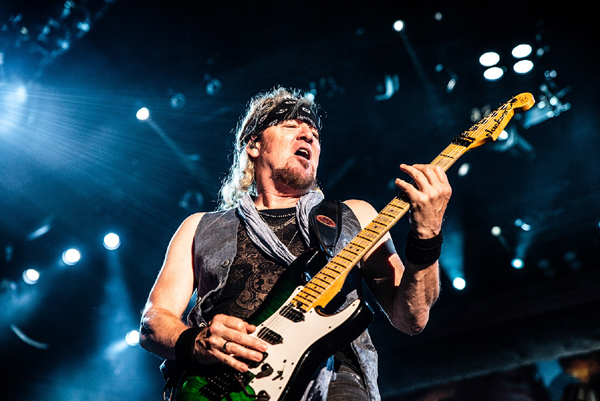 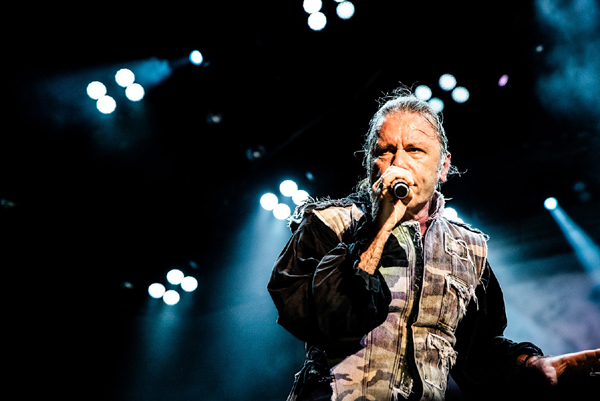 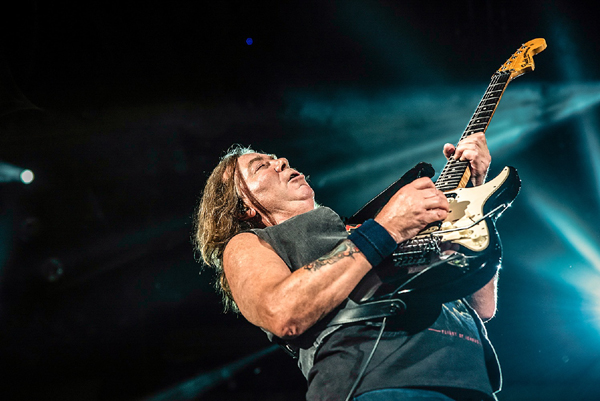 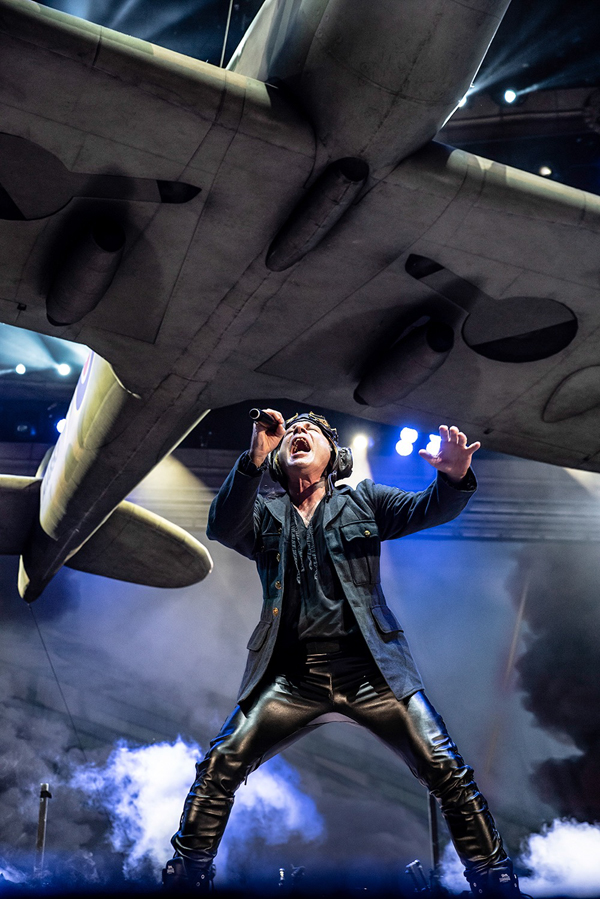 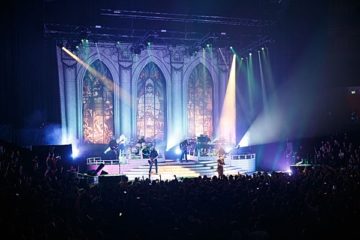