Arizona’s one-man Slamming Brutal Death Metal project Internal Organs External is masterminded by Vince Otero, who handles guitars, vocals, and drum programming, as well as recording duties. He is back with a follow up to the 2020 debut album ‘Into The Depths’ with an EP, the five-track, sixteen-minute aural assault ‘Apocalyptic Domination’.

This EP is certainly a Slam riff extravaganza, and the whole EP ties together well as a result of the familiarity of style across the tracks. The added samples help to break it up and add a bit of texture and variety. It is also an agreeable and easy listen, not something you can often say about Brutal Slam, so if you were thinking about getting into Slam, this would be a great place to start. 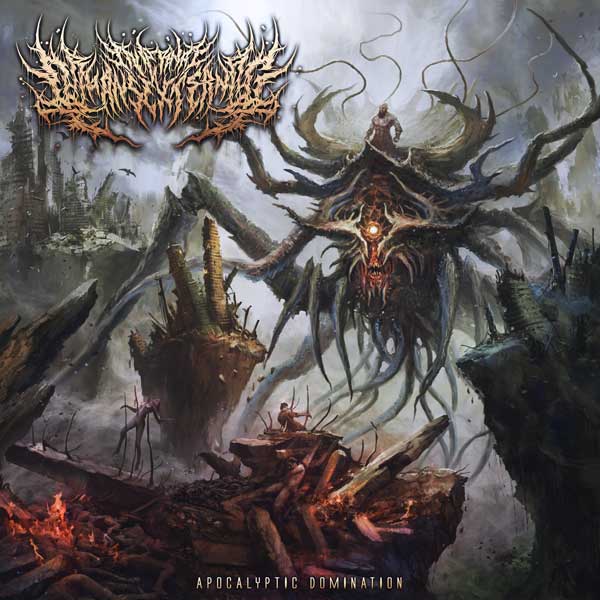 Although it has programmed drums, they are imaginatively done and more than adequate for the genre.

I know it’s not the same as a real drummer, but it’s still good. Alongside all that, you also get a good range of vocals consisting of deep squeals and growls, alongside acidic hissing, completing the sound.

Vince told MetalTalk that the project began at the end of 2019 to get back into making music after a ten-year break. “I originally wanted to create a full band but didn’t have any luck finding a drummer that would be a good fit, so I decided to do everything on my own. I had no idea how to record music, and I had to learn how to program drums, so it was quite a learning experience for me, and I didn’t have any expectations.”

With an idea to release new music as soon as possible, Vince found that his style and direction had grown considerably since writing the debut album. “I just really wanted to get the new sound out there as soon as possible for the world to hear,” Vince told us. “I had hopes that the EP would land me a record deal with one of the top labels. And it did. I didn’t expect it to happen before releasing the EP.”

Opening on ‘Grotesque Monstrosity’, Vince eases you in, gradually upping the pace and intensity. It also has a good ebb and flow. By the third listen through you start to appreciate how latently complex the whole EP is.

‘Cannibalistic Tendencies’ follows and continues in a similar vein. The vocals are particularly gut-wrenching, which I liked a great deal.

Next, one of my favourite tracks of the EP ‘Feeding Off the Weak’. This takes things up a few notches and is much more varied in pace, direction, and complexity, getting a little more adventurous in the riff department. It also has a terrific undercurrent that surges along addictively.

Things get even better with ‘SSM’ (Slam Saved Me), which features guest vocals from Jack Christensen of Norwegian Slam legends Kraanium.

I love the synth-choral that opens this track because it pulls your guard down just low enough to allow for the wall of intense drum battery closely followed by a slam, squeal and grunt fest to be able to hit you square on. This track takes no prisoners.

The final track, ‘The Beast Within,’ features another guest vocalist, this time, it’s the iron tonsils of Larry Wang from Gorepot and Fatuous Rump, a track which is both hypnotic and stunningly brutal at the same time.

Vince is very protective of his baby, with no plans to take this material on the road. “I originally kept the idea of turning Internal Organs External into a full band alive for a while, but I love what I’ve created, and it would be difficult for me to let anyone else in permanently. I love doing every aspect of this project, and I wouldn’t want to give up any responsibilities. If I came across a badass drummer that wanted to work with me, I would start a completely new project that would be a full band.”

Finally, to show the optimistic effects Metal music can have on people’s lives, Vince is very grateful to be where he is today with his music. “I was in a band in my high school years until I was about 22, which taught me how to make heavy music, but after we quit, I stopped making music for over ten years.

“I didn’t even pick up a guitar so being where I am today is something I never imagined.

“Getting back into music has changed my life for the better, and I couldn’t be more grateful for it! Sky’s the limit from here!”

‘Apocalyptic Domination’ was written, performed, and recorded by Vince Otero, mixed and mastered by Miguel Tereso of Demigod Studios and is an EP that you develop a fondness for the more you listen and discover.

Also, after several consecutive listens, it tightened my face so much, I now look five years younger, a win-win situation. Thanks, Vince!!

Find out more at viciousinstinctrecords.bandcamp.com

Should A Metal Fan Invest In Vinyl? 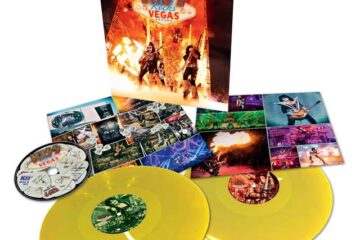