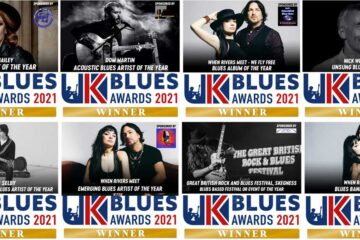 Ingridi Verardo has released her second single ‘Read Between The Lines’, taken from her upcoming debut album ‘Imperfection’ due out later this year. The track features Daniela Serafim (Autopse, Monster Side Project) and takes its inspiration from the Symphonic Metal greats.

Ingridi told MetalTalk: “This has something much more personal than the previous song. As can be heard on ’28 Days’, I am proud of my scars but in this one, talking about a ‘relationship’ that existed and didn’t exist is much more difficult because I’m not used to share these stories with anyone.

“‘Read…’ is a mix of good memories, but also recurring thoughts of how I wish that distance didn’t keep us that far from each other and it didn’t have a double life.”

The album has been produced by Roger Fingle, who tells us: “I am sure that in the beginning Ingridi didn’t have much of an idea of how hard it would be to record an album with this quality and how much I would push her.

“Despite that, unlike many other bands, no matter how emphatic I am, she doesn’t get offended with my criticism and she truly tries to understand what is wrong and she always comes back better for the next recording session.”

You can listen to the track here, and also on MetalTalk’s ‘Tracks Of The Week’ playlist.

UPDATED: Slipknot / "This Man Will Pay For What He Has Done!"