We may be going through ‘restrictive’ times for live music shows but this doesn’t stop artists from getting digitally creative through the introduction of live streaming events. And it certainly didn’t stop Papa Roach from going ahead with their planned celebrations for the 20 year anniversary of ‘Infest’.

In the two decades since its release, ‘Infest’ has been certified three times Platinum in the U.S and it is still Papa Roach’s best selling album to date. Featuring the iconic hits ‘Last Resort’, ‘Between Angels And Insects’ and ‘Broken Home’, the album became a cornerstone of the nu-Metal repertory.

Papa Roach kept very active during lockdown, with regular social media engagement and the release of their music video ‘Feel Like Home’ (fully made during quarantine and with the help of their family members).

INFEST IN-Studio – a live, full album retrospective – was the second part of the live streaming celebrations.

In April, the band kicked off celebrations with INFEST IN-Conversation; a streaming virtual party which saw the four members of the band reuniting with their original drummer Dave Buckner. The special event featured a great number of guests (including Deftones’ Chino Moreno, The Fever 333’s Jason Aalon Butler, Korn’s Brian Welch and Avenged Sevenfold’s Synyster Gates) and gave fans unique insights into behind the scene stories, unpublished videos and photography.

A few days before INFEST IN-Studio, in typical Papa Roach fashion of fan engagement, the band reached out through social media to get the fans’ views on their preferred way of performing ‘Infest’ for the special live.

We didn’t know until the last minute whether songs would be performed in random order or following the album’s sequence. 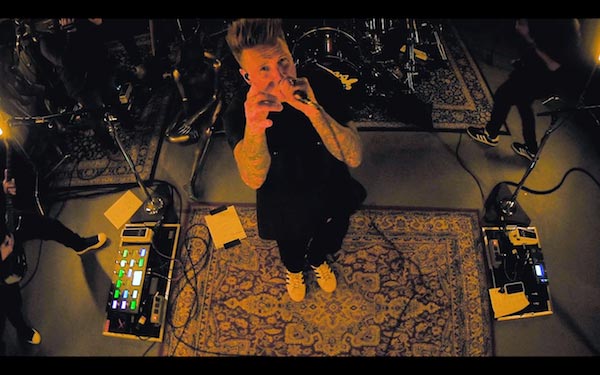 The dim-lit studio (which apparently was the band’s own studio in Sacramento for a number of years) was dressed in black drapes and in lieu of fans the band was surrounded by gold-painted mannequins in gas masks.

With the band all dressed in black too the focus was solely on the music – no gimmicks, no distractions – and the studio controlled-type of environment provided excellent sound for the delivery of each song.

Jerry Horton was back, after missing the band’s European tour due to an injury and in great form.

With a band like Papa Roach, where their uncontrollably energetic live shows are a continuous feed between the band and their fans, it was interesting to see the chemistry of the band in a neutral studio environment for a live. Somehow, it worked. 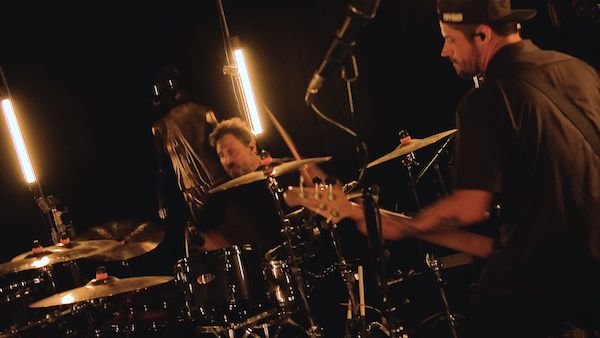 The punk attitude confined in a small space with nowhere to escape from, added to the intensity of the performance. And even without a live audience, the evening was still an ‘exchange’ between the band and the fans; with questions taken from fans, untold band stories between songs, all adding a special touch.

The album’s raw, punk attitude has not lost its ability to still sound fresh and relevant; a musical assault.

And without relying on any overproduction tricks but mainly on its instrumental power, each of its tracks, can be delivered in perfection when live.

It is very clear that the band has missed performing and had a lot of energy and creativity piled up. Balancing between menacing rapping and more harmonious breaks, they gave a superb delivery of the album.

And after more than 20 years from its formation, the chemistry is still intact.

‘Last Resort’ with its trademark riffs, performed in a small space, was almost a nod to its music video (also filmed in Sacramento) with the band performing in a small stage, surrounded by their fans, delivering the same claustrophobic feeling. 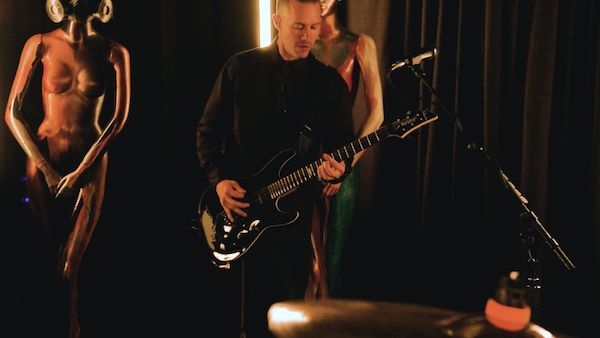 ‘Broken home’ (a song reflecting the members’ real life, broken home backgrounds, as Jacoby explained) and ‘Between Angels And Insects’, two of the album’s most loved songs, offer melodic interventions.

‘Dead Cell’, a fan favourite, is an explosive burst of nu-Metal energy and punky riffs. And because of its instrumental purity, it is one of those tracks you get the same quality and intensity live, as much as with the studio version. It is a “vocal cord shredding song” as Shaddix quite rightly called it.

As the album progresses, sound becomes darker and harsher in what was the record’s ‘B-side’. The band showcases their heavy East Coast hardcore hip hop influences with songs like ‘Revenge’ and ‘Snakes’.

‘Legacy’ is one that the band is excited to play, as it hasn’t been performed for 18 years, according to Tobin Esperance. One of the lesser-known songs, more political in its nature, but a beautiful song which proves why the album has contributed so much to the nu-Metal scene at the time.

Papa Roach kept the best for last with a big surprise for fans. Following the angst and aggression of ‘Thrown Away’, there are always the comforting sounds of ‘Tight Rope’. A hidden in the track, reggae-inspired gem, was polished and given a 2020 twist for this occasion and delivered with some soulful vocals from Jacoby.

When hearing ‘Infest’ live, one is going through all the motions of the experiences lent to the band’s music. Anger, angst, melancholy and, somehow, a salvation. ‘Tight Rope’ isn’t the last track in ‘Infest’ but the band chose to give to the audience a more positive ending and although written 20+ years ago it still feels incredibly relevant.

“Let’s take our sanity, let’s take compassion. And be more responsible for every action”

‘Tightrope 2020’ is now available across all Papa Roach platforms. The band confirmed that new material will be released in late 2020 with a brand new album out in early 2021.

MetalTalk covered one of the last live performances of Papa Roach in Greece, read the gig review and Tobin Esperance’s full interview.