The account was initially blocked on 19 July 2021, with two calls to PayPal support eventually removing some limitations, but PayPal continues to withhold over $4,000 of the band’s money.

An email from PayPal to Imperial Age stated that “An amount of $4000.00 has been set aside from your current available balance and has been placed in reserve. Your reserve will be set to retain 10% of the processed amount for each day, to be held for a 180 day rolling period beginning on the above date”.

PayPal stated that “The decision regarding your reserve setting was based on our review of the level of risk associated with your account.”

Imperial Age said, “more googling revealed that we are not the only ones who have been scammed by PayPal – there are many others and there even are law firms specialising on suing PayPal for such things (that should ring a bell!).

“And those cases are usually won by the plaintiff (surprisingly, it’s actually illegal to hold money which is not yours).”

The band say, “the law, as well as legal and court practice are on our side, and we have all chances of winning this case.” 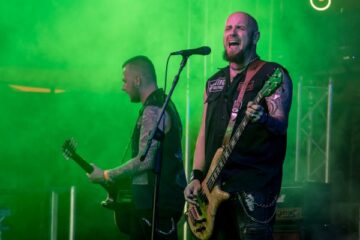