Iconic Eye will release the five-track EP ‘Back From Behind the Sun’ 4 December 2020, their way of saying they are back.

Iconic Eye – Back From Behind The Sun RP

‘Back From The Sun’ features new singer Janey Smith, who has also added her songwriting into the mix. This is the band’s third recording, the previous two being full albums. They play Melodic Rock, which back in the day (if you are as old as me) you will remember as AOR.

And no more so than on the title track, with its catchy, full riff and clear vocals. This entire EP takes you right back to the 80’s with its big, American sound. 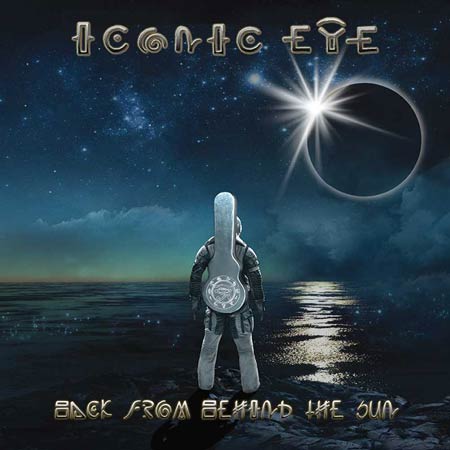 Now, I’m as old as they come and remember this sub-genre the first time it happened, so I’m not complaining. I just hope they can find an audience in these changed times. It is a different world out there, but Iconic Eye clearly like a challenge.

So can they achieve a wider appeal? Well, this EP plays as much more commercial than some of their earlier, grittier stuff and while it is good, I think that live, this could be so much more. How many bands can you say that about?

And talking of live, included on this EP is ‘Jane’, a cover of the Jefferson Starship song, which features on the band’s live sets. Hmm, a song called Jane, which is the name of both their current and former singer. I guess any upcoming interviews would have to ask a few questions about that!

The song itself starts with a moody keyboard intro. In playing this cover and adopting it as one of their own, Iconic Eye have really set the bar high, because the song needs some serious talent to do it justice.

The ’79 version is most definitely of its time, a last stand against the scourge of Punk Rock and NWOBHM, but Iconic Eye have definitely brought it up to date and this recorded version holds up well against their live youtube showings.

This is a definite tribute to the late 70’s/early 80’s, which is where this band’s spiritual home is and Janey really lets rip with her singing.

But the band can also sing about current issues. ‘Ghost Town’ was written about the Covid lockdown and it is fast paced with much deeper sounding vocals, with Janey showing her vocal range. At this point I’m thinking a UK version of Europe.

They are definitely very talented, but will their niche be small? The spectre of Kiss of the Gypsy and Skin comes to mind, with so much talent going unrecognised and unrewarded.

They definitely have belief, they definitely know how to play and they do play it well. All that is needed is a curve ball or two, something to make the music really theirs, a slight edge to really make them stand out. If I was advising them, I would suggest they listen to a bit of Bickler-era Survivor and get some soft-Rock musical dirt under their fingernails.

But whatever journey Iconic Eye are on, I would like to be there when they arrive.

Or better still, when they drag me there and maybe this EP is a ‘getting to know you’ exercise for their new singer. In ‘Femme Fatale’, Janey Smith sings about one of her heroes, with very personal lyrics.

There’s no denying her voice, and suddenly I’m thinking of Vixen and not in a bad way. But like them there is just that little missing ingredient. It is like they are lighting a candle, not a fuse.

I always come into a review wanting to absolutely love what I am hearing.

With Iconic Eye and with this EP, while I am not quite there, it would not take much to bring them out from behind the sun. Suddenly I am remembering lines from Henry IV part 1 and how did that happen?

I want this band to be brilliant and in time they may well be. I mean, let’s face it, Nickelback’s first few albums were close but no cigar.

Anyway, all eyes are on Iconic Eye’s next full length album, because with this EP they they have set the bar and my expectations sky high.

Special guests will be Naked Sunday. Tickets are available from here. 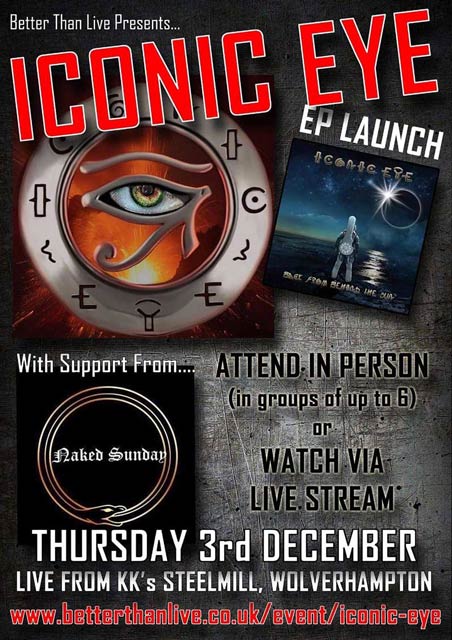 Alter Bridge / Walk The Sky 2.0 a must have live rarity collection