Australian prog rockers Caligula’s Horse have been at the forefront of the progressive rock scene Down Under since the release of their 2011 debut album, ‘Moments In Ephemeral City’. The song writing partnership between guitarist Sam Vallen and vocalist Jim Grey immediately showed a grasp of energy and dynamics and the follow up release ‘The Tide, The Thief And River’s End’, a dark and eloquent concept album got them international recognition too. 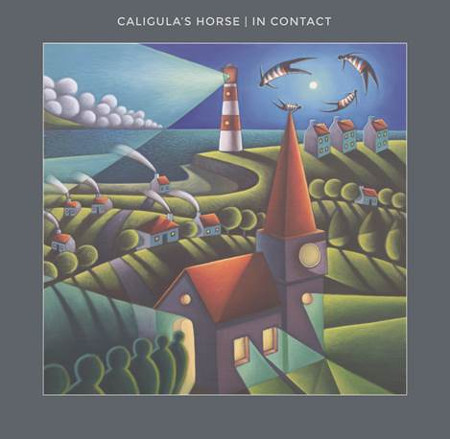 After signing to prestigious German label Inside Out in 2015, their third album ‘Bloom’ saw them hit the charts in their homeland and complete no less than five Australian tours while also playing their first European dates. They returned to Europe in the summer of 2017 with Inside Out celebrating this by releasing their first two albums on the continent for the first time. Now fourth album ‘In Contact’ hits the streets, available as a special edition CD digipak, 180g vinyl including a CD copy and as a digital download.

Caligula’s Horse have everything you need to be a prog rock band. They have all the technical skills and top notch musicianship playing such complex music demands, they have the imagination and breadth of influences required to keep things varied and interesting and they aren’t afraid of exploring an idea in a song no matter how that effects the length or flow of the tune in question. They are fully capable of including quiet, beautiful passages in songs with harmonies, and lilting little guitar runs and ethereal qualities all around. The thing is though my overriding feeling listening to this album is just how damn muscular a band they are. By that I don’t mean that they all work out, they might do for all I know but it’s about how they sound. ‘Song For No One’ for example has lots of variation from subtle, intricate little moments to some cracking big time soloing from Vallen but it’s the controlled yet full throated blast of power that hits you when the band is in full flow that creates the biggest impression.

The mix of melody, complex rhythms and sheer dramatic bombast in the likes of ‘Dream The Dead’ and ‘Fill My Heart’ is quite exhilarating and very enjoyable indeed. The fact that they stay restrained right through the whole of ‘Capulet’ comes as a bit of a surprise but the song is no less effective for that. 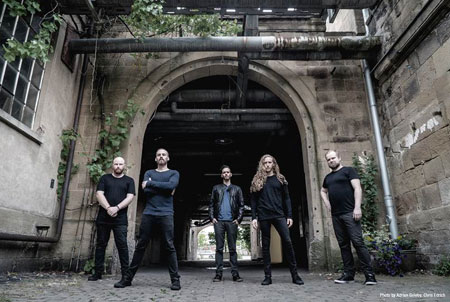 Being a prog band they of course have no problem with labelling ‘In Contact’ as a concept album, to do with the nature of art, a celebration of what connects us as human beings no less. That’s all well and good and the album certainly lives up to the celebration aspect and is a rewarding listen but I found the spoken word rant of ‘Inertia And The Weapon Of The Wall’ a step too far for me and a distraction from what is a terrific album musically. Maybe other people more immersed in the whole concept will appreciate it more. However by the time you are into the meat of the closing fifteen minute epic ‘Graves’ all that is forgotten and it’s that robust mixture of melody and power that grabs you once again.

Caligula’s Horse may be a prog rock band but in their arsenal they have the powerhouse attitude of all those Australian rock bands of the past in their blood which gives their take on the genre some extra oomph and contrasts nicely with all the harmonies, tasteful playing and imaginative touches they have in their sound. Yet it’s not prog metal at all, this is undoubtedly progressive rock, just done with real power, no holding back when it’s time to go for it. It really works.

The full tracklisting is as follows:

Tuk Smith / Covers From The Quarantine clears away those Covid Blues 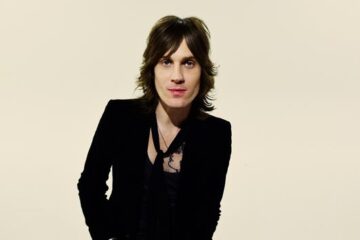