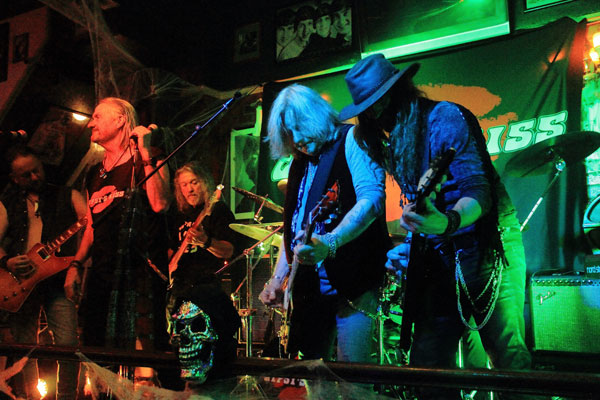 It was one off the bucket list for Gypsy’s Kiss on Tuesday night as an evening of heat-crazed stage action was brought to a humbling conclusion when Dave Colwell, formerly of Bad Company, Samson and Adrian Smith’s solo project, ASAP, guested with David Smith’s reformed and revitalised band.

The occasion was the launch of the brand new Gypsy’s Kiss EP, ‘Heat Crazed Vole And Other Tails’, the follow-up to August’s debut Gypsy’s Kiss release, ‘Influence’, which is also the original name of the band formed in 1973 that became Gypsy’s Kiss in 1974.

After 46 years of anticipation for a GK release it was hardly surprising that sales of the EP, as well as commemorative t-shirts sporting the names of every previous member of the band that made a triumphant return in 2018, were brisk.

One name high on that list is Steve Harris, however Gypsy’s Kiss are not trading on the fact they are the first band of the Iron Maiden founder, rather they are their own entity, highly proficient and with enough quality original material to gain supporters on their own merits.

Textal got the action underway with an eclectic set of originals and covers rooted in 1990s Soundgarden-esque grunge. While the sharp-dressed London based four-piece may have been viewed as a musical mis-match by this audience of mainly classic rock devotees, there is no doubting their obvious talent, highlighted by an enormous stage presence and some interesting double microphone antics. 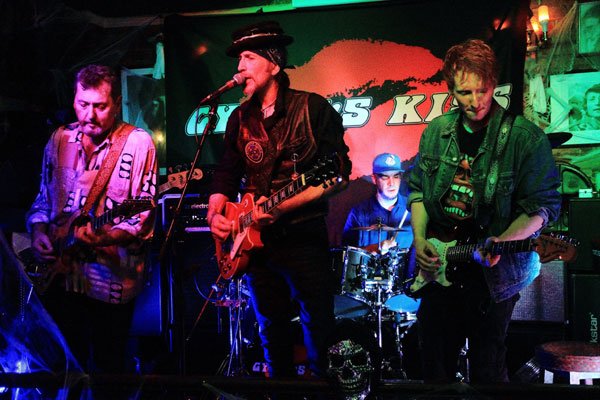 Terry Wapram’s Buffalo Fish pulled several surprises from amongst the Halloween decor adorning the Cavern Freehouse, all the result of a last minute substitution.

Pete A was missing in action so Prehab’s Sam Morley, son of Gypsy’s Kiss guitarist Jonathan, took up the challenge of taking residence on the drum stool at ridiculously short notice. Sam rose to the occasion and the band delivered a rousing performance of a setlist speedily revised while Textal were delivering their set. 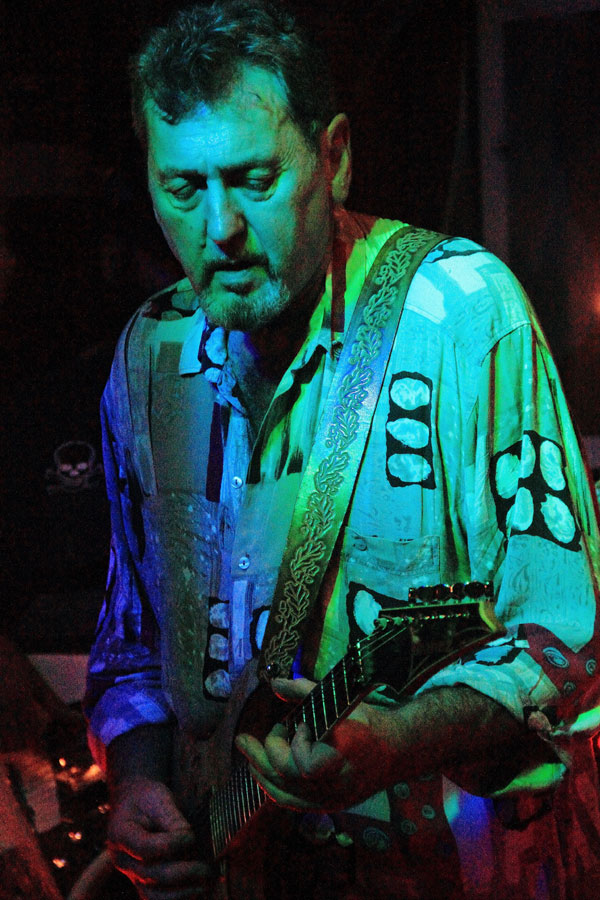 ‘Voodoo Chile’ was the perfect opener and a showcase of sonic capability before homage was paid to one of Terry’s former bands in the shape of ‘Wrathchild’, frontman Rob Stitch leaving his own mark on the classic Maiden track.

After pulling off a commendable performance, stand-in drummer Sam was relieved when Pete A, who must have forgotten to put his clocks back last weekend, arrived at the Cavern and showed his mettle on ‘Apache Funk’, ‘Entrapment’ and ‘Generalisation’. In the band’s own words, “forthright hard rocking and no messing with a southern sound”. Highly recommended. 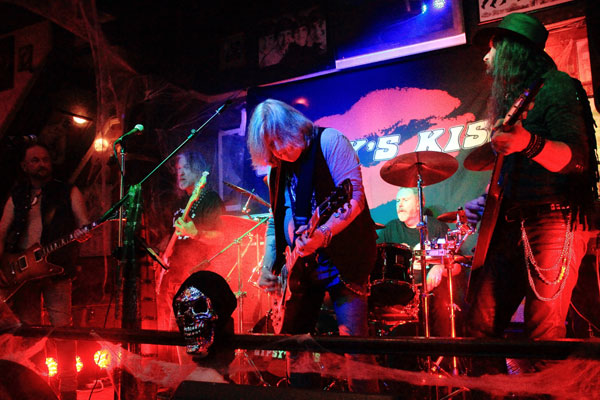 Gypsy’s Kiss signed to Rick Palin’s Skyfire Promotions earlier this year and this exciting partnership got off to a flying start with the release of tonight’s opening number, ‘Influence’, swiftly followed by a mystical ‘Gypsy’s Kiss (What Went Wrong).

The answer to that is absolutely nothing at all as GK wowed and rocked the Cavern with original numbers ‘Don’t Ask The Question’, ‘Settle The Score’ and ‘Smoke And Mirrors’ played either side of a double whammy of superlative covers of ‘Paranoid’ and ‘Breaking The Law’. 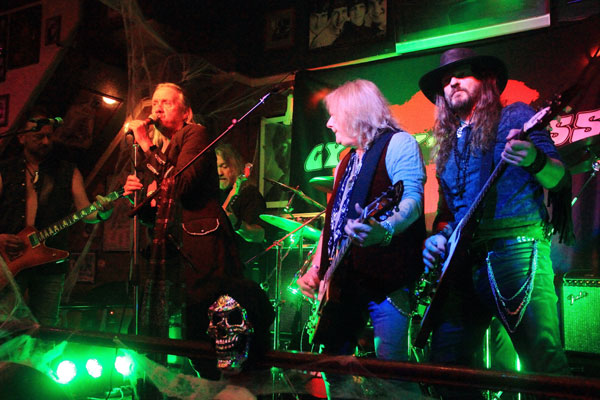 But it didn’t end there as Dave Colwell brought some natural born bugie to the set and marshalled his temporary bandmates on to victory with a spanking rendition of Humble Pie’s 1971 classic ‘I Don’t Need No Doctor’ followed by a pair of Free classics, ‘Wishing Well’ and ‘The Hunter’, introduced by David Smith’s fitting tribute to Paul Rodgers.

Stand by for more news on the debut Gypsy’s Kiss album, as well as a big update from Terry Wapram regarding some very interesting releases coming your way in 2020. Here’s a taster of what to expect. 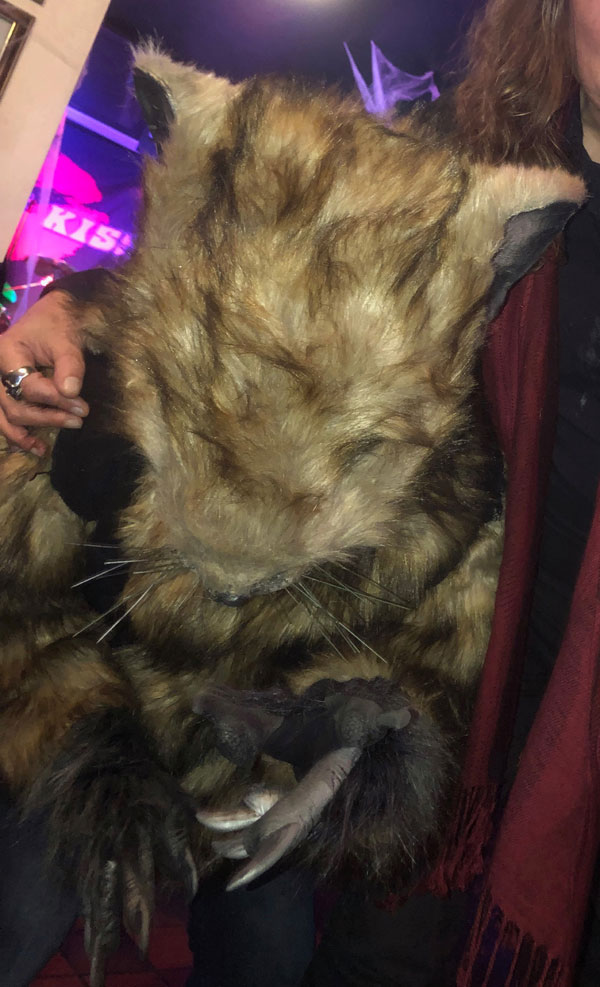 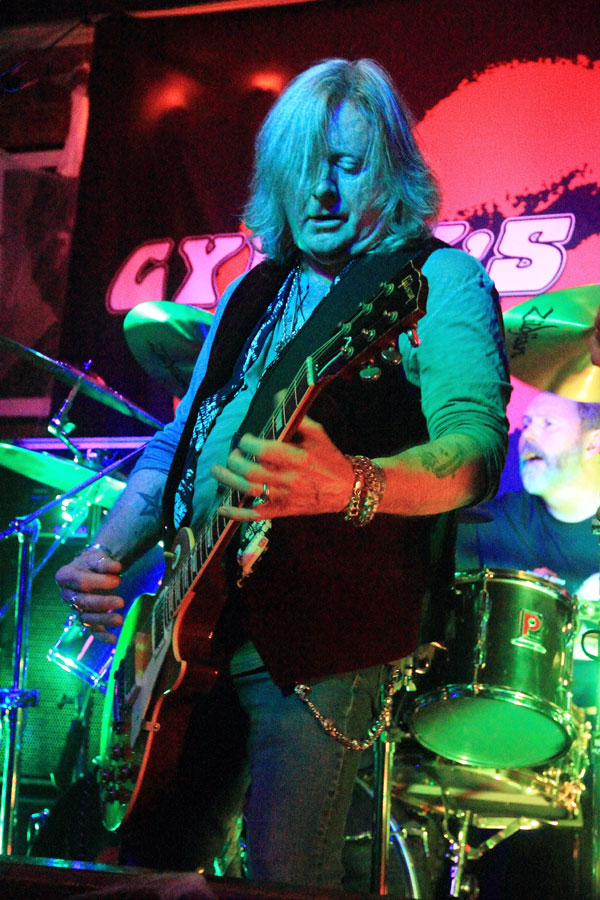 Thanks to Tim Russell for the photos.