FROM THE ABYSS: GOLDEN CORE RETURN WITH THE STUNNING ‘FIMBULTÝR’ 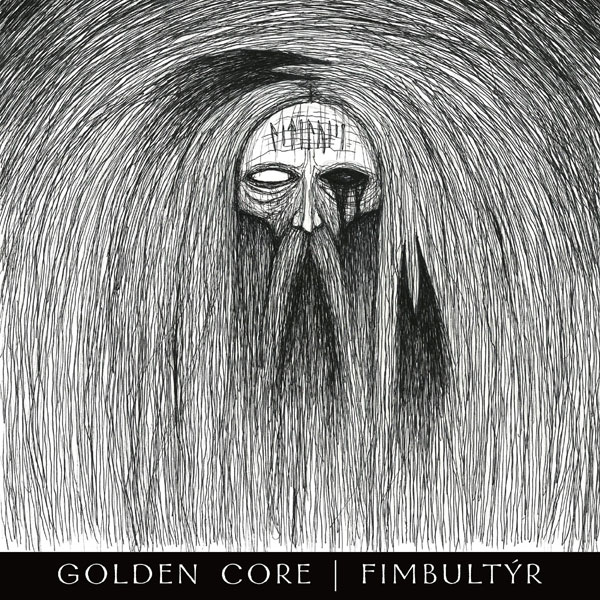 Norway, over the last few decades, has produced some astounding musicians and two more to add to that impressive roll call are the Icelandic/Norwegian progressive Norse/doom/stoner Metal duo Golden Core who return with the follow-up full length to 2017s ‘Norwegian Stoner Machine’, the eight track forty-eight minute concept album ‘Fimbultýr’.

Golden Core have been perfecting their skills since 2014 but the truly remarkable thing is that the duo, Simen Jakobsen Harstad on guitars and amplifiers and Johannes Thor Sandal on vocals and drums, are currently just fifteen and seventeen years of age, making them the most remarkable Norwegian duo since the thirteen year old Ivar Bjørnson and seventeen year old Grutle Kjellson formed Enslaved in the early nineties. 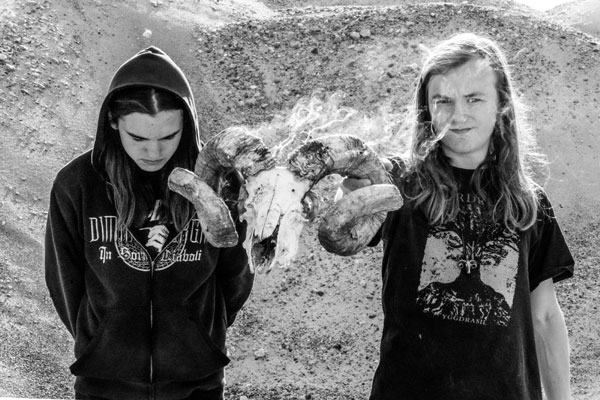 ‘Fimbultýr’ is, as previously mentioned, a concept album, which draws its inspiration on aspects around the Norse god Óðinn, the mythology, rune magic, knowledge, curse, death and war with the lyrics mostly inspired by the Poetic Edda and Old Norse Skaldic poetry and a sound that melds elements of US stoner rock, doom and Norwegian Black Metal, applied in a very mature and forward thinking manner. Musically this duo are hugely competent and talented musicians.

The eight tracks are well varied in duration, tempo and delivery, with lyrics in their native language which adds a mystical edge. Some tracks are as compact as the intense sixty-four second Black Metal inspired ‘Villist vættir’ where less is definitely more, and a quarter minute ‘Rúnir skal rísta’ with it’s addictive rolling groove, punchy vocal delivery and organic drum work, to ‘Rúnatal’, the album monster at eleven-and-a-half minutes, a simmering builder of a track which when it reaches the boil has a ground shaking doom element that really hits the sweet spot and also plunges into the dirtiest doomiest depths and with just enough of a psychedelic element to hold the dirty groove together in all its glorious manifestations, something there is plenty off on this album.

Sitting midway, in line-up position and duration, you have another favourite with me, ‘Hrafnaspá’, with its energetic pace and addictive, dirty repeat riffs and contrasting reflective fade out and album opener, ‘Fimbultýr, which introduces that previously mentioned hypnotic dirty groove alongside a powerfully heavy delivery on an album which continues to impress from start to finish, ending with the rather different, reflective and eerie instrumental closer ‘Lite vet mennesket’.

An impressive release, ‘Fimbultýr’ is out now on Fysisk Format.

Previous article‘SOMETHING STRANGE IN THE NEIGHBOURHOOD’. GHOST SERVE UP A CHILLER IN DUBLIN
Next article7. THE MUSIC MACHINE