Funeral Chasm will release their debut album Omniversal Existence on 2 July 2021, through Aesthetic Death. The band have released their first single, Sunrise Vertigo, which you can hear below.

The Danish band were formed in February 2020 by Morten “Sjaelepest” Lund (ex-Devil, ex-Kaos666) and Danny Woe (Altar of Oblivion, ex-Woebegone Obscured). They both play in the black Metal band Above Ravens, and this project was a way to experiment with atmospheric and slower music. 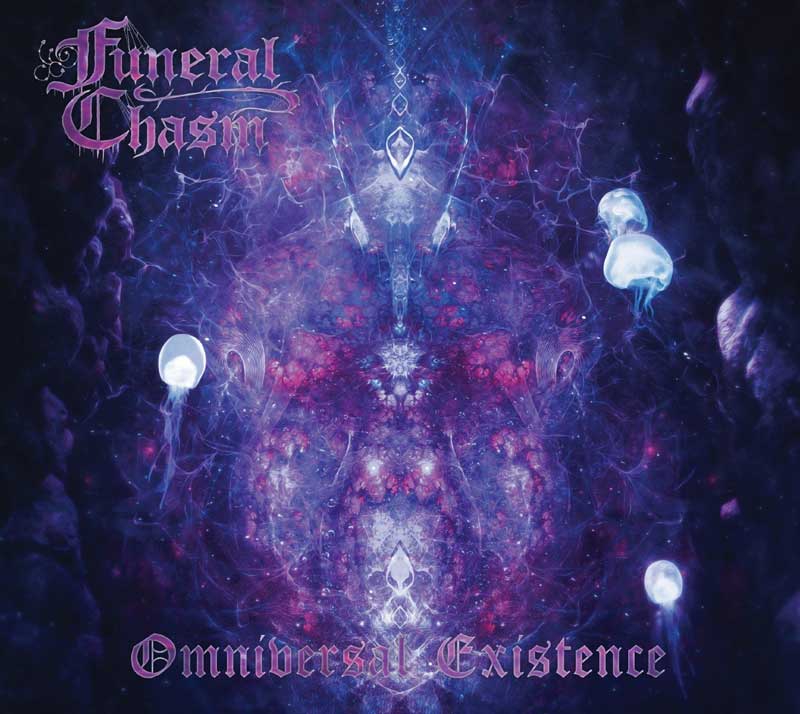 Insomnia, alongside anxiety and depressions

The lyrical themes come from Danny Woe’s personal experience of struggling with insomnia, alongside the anxiety, depressions and issues that arise from living with that illness.

Woe told MetalTalk that “insomnia is an everyday struggle to live with. I’ve been through the psychiatric medical system for almost two decades and have learned to deal with the thought patterns that come with a lack of sleep.

“Anxiety and depression being far the worst, as it affects my decisions around the people I care about. When those emotions are peaking, I have learned that the most effective way to break that thought loop is to visit my forest cabin with a friend and eat some magic mushrooms, which help me spiral further down into the abyss.

“I have tried to describe these monumental trips in every song and what I’ve learned through them. Sometimes you get a nice relaxing visit into another dimension, but other times you can experience deeper knowledge about yourself (often referred to as a ‘bad trip’ or ‘ego-death’), and that is the moment where you listen and get the opportunity to evolve.

“At least for myself, that is what I have tried to convey in the lyrics, and how we arranged the song structure, melodies and moods accordingly.”

Influenced by bands such as Fields of the Nephilim, Sisters of Mercy, Celtic Frost, Burzum, Ved Buens Ende, Thergothon and Vangelis, the album Omniversal Existence is inspired by those different genres and sounds.

01. Embellishment of Inception
02. The Truth That Never Was
03. Mesmerising Clarity
04. Extracting the Flesh from the Gods
05. Sunrise Vertigo
06. The Skeleton Secret
07. Astral Reality
08. Through the Eyes of the Joyless

Haruna / Lovebites 'cried from being on stage again'