Doubters will stand instantly admonished by the opening bombardment on this, their debut full length ‘Unholy Horde’, that hits you square on. No gentle ease in, just a skin searing roar and drum battery for opening track ‘Praise My Hell’.

And what a fine way to start an album. I am won over already, but it doesn’t stop there. 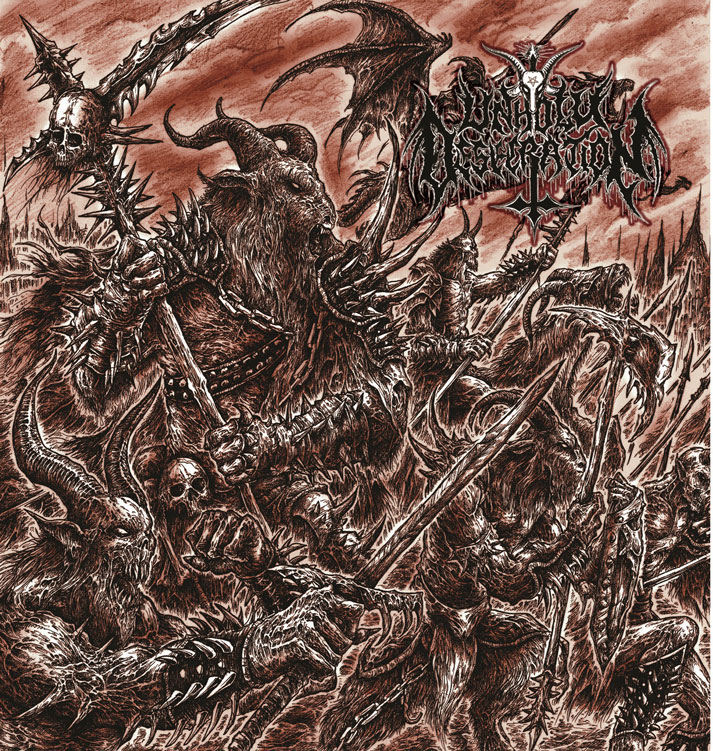 This brutal intent continues all the way to the closing pounder ‘Seeds of Rebellion’. The ten track fifty-two minute ‘Unholy Horde’, the brutal follow up to 2018’s ‘Born of Evil’ EP, continues with ‘Bestial Lust’ which actually does have a twenty two second intro. It is a minor lull in the proceedings though, before you are met once again with vocalist Fremitus Diaboli’s skin searing vocal roar.

His vocals are my absolute favourite aspect of the ‘Unholy Desecration’ sound. His delivery is deep and rasping, but with superb clarity to the vocal content and most tracks are garnished with one those devastating extended roars.

You can also look forward to driving blackened riffs and a well varied drum battery throughout, as well as an abundance of thrashy leadwork, demonstrated towards the close of ‘Dawn of Evil’.

‘As She Walks Through a Moonlight Path’ boasts wonderfully sinister riffs to accompany the opening roar which go on to make a catchy repeat.

This album continues to drop surprising bombshells throughout, with title track, the brutally blackened, punchy ‘Unholy Hoard’, opening on a sinister scene setting soundscape. But when the music begins, it is instant and shocking. An excellent track with a rolling blackened groove that courses beneath.

Haunting leadwork and superb protracted growls open ‘Blades of War’, but don’t be fooled, because this track still opens up with brutal force. The second half is slightly more melodic, punctuated with multiple flourishes of leadwork.

‘Sacrifice’ is dark, poignant and sinister, with well executed soaring midpoint leadwork. ‘At One with Hell’ has a militaristic drum opener that forms the core on a punchy straightforward and bold track, in the first half. Then an interesting drum rich mid-point interlude takes the track into a darker convoluted journey, before resuming the originally crafted path. A fascinatingly different track.

‘Born of Evil’ is brutally unrelenting in comparison to its predecessor, with a second half insane leadwork burst. Final offering ‘Seeds of Rebellion’ begins with an eerie opener panning out into a complex final onslaught that twists and turns, ebbs and flows into an utter riff and shred fest extraordinaire.

I don’t have any favourite tracks here; this is so varied and engaging each track stands strong on its own merits.

Buckle up and prepare to get an earful. ‘Unholy Horde’ is available now from Confused Records, limited to 666 CD’s or as a digital release from the ‘Unholy Desecration’/ Confused Records band camp page.

MONSTERS OF ROCK BOAT CRUISE - THE EVENT OF THE YEAR 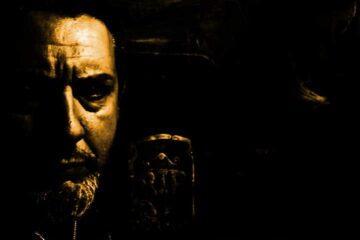