Egyptian Death Metal band Scarab named themselves after “the sacred creature associated with the sun god Raa. During mummification, the ancient Egyptians used to replace the heart of the dead with a scarab believing that it would help with the rebirth of an afterlife and so the scarab portrays the band’s ability to reinvent themselves, survive and rise over the obstacles in their path”.

Although forming in 2009, releasing their debut full length ‘Blinding the Masses’ and winning ‘United We Rock’ over many bands from the middle-east and pan-Arab countries all in that year, I didn’t have the good fortune to cross paths with them until 2016 when they came to the UK for the co-headlining “The Kingdom of the Serpents” tour with the UK’s ‘De Profundis’.

Touring their 2015 ‘Serpents of the Nile’ album and they made such an impact on me that since then I’ve been eagerly awaiting this latest offering, ‘Martyrs of the Storm’, in the making for the last four years. Line-up wise they have seen a few changes, however this has only served to keep the sound fresh and exciting. ‘Martyrs of the Storm’ does not disappoint!

Lyrically they find inspiration, not surprisingly, from “survival and the struggle of the chaotic human nature; Spirituality, and philosophies inspired by Ancient Egypt and the world’s collective mystical wisdom”. With a delivery that is both brutal and exhilarating, it sounds a little Polish in its influences, with an added exotic eastern edge. 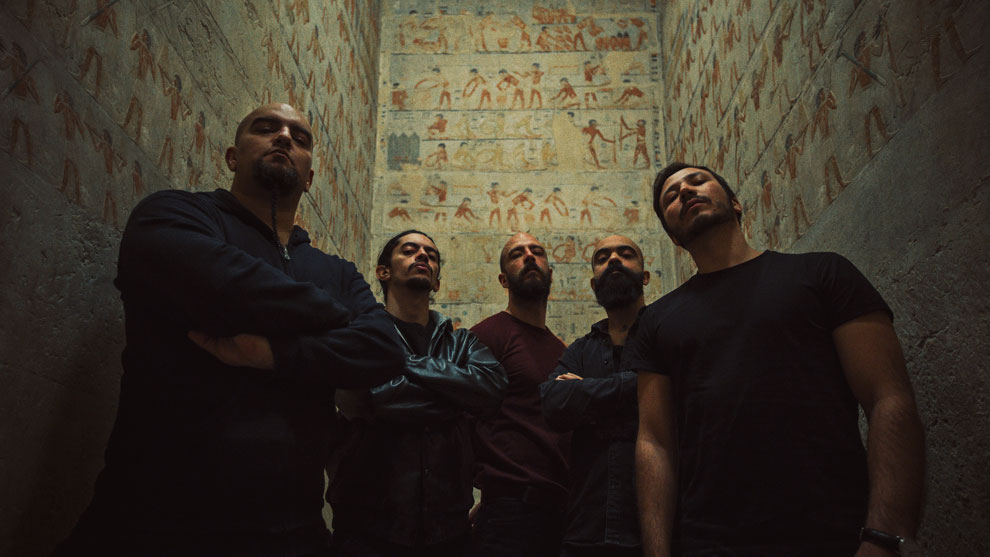 ‘Martyrs of the Storm’ is a hefty ten track fifty-one minute offering, crushing from the offset with the opening title track, the seven minute monolith ‘Martyrs of the Storm’. Setting an intense and brutal scene, it’s a complex track layered and embellished with intense riffing, rasping growls, an underlying melody and sumptuously soaring lead work, setting a high bench mark for the rest of the album.

The aural carnage continues with ‘Necropotence’. Subtly technical and brutally delivered thanks to tight riffing and unrelenting drum work, while ‘Kingdom of Chaos’ has emerging chunks of soaring exotic guitar work and stunning second half lead work.

A dark, sinister and powerful opening adds dramatic quality to the mood and delivery of ‘Blood Moon Shadows’. One of my favourite tracks, if not my favourite, is ‘Circles of Verminejya’ which has a very dark tribal opener and repeat chant of “Circles of Verminejya!”. With a slightly symphonic sound from an underlying repeat riff and subtly included keyboards making it an addictive listen, a track that will go down an absolute storm live.

‘The Dwellers Beneath’ begins on an eerie spoken intro that has the hair on your neck standing on edge and what follows doesn’t disappoint either – a dark sinister delight of a track.

On ‘Oblivious Sanctum’ there is a beautifully organic quality to the drum work, particularly as it opens, with the guitars and vocals weaving and moulding themselves around it adding a lot of texture building to a crushing crescendo at the close.

‘Saturnian’ has pockets of subtle discordance adding an interesting edge finally closing on the ominously sinister ‘Upon the Pagan Lands’ a heady blend of the brutal and the exotic.

‘Martyrs of the Storm’ is out now on Black Lodge and is listening proof that good things are worth waiting for. 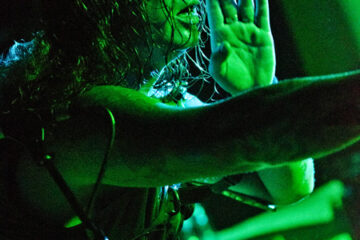