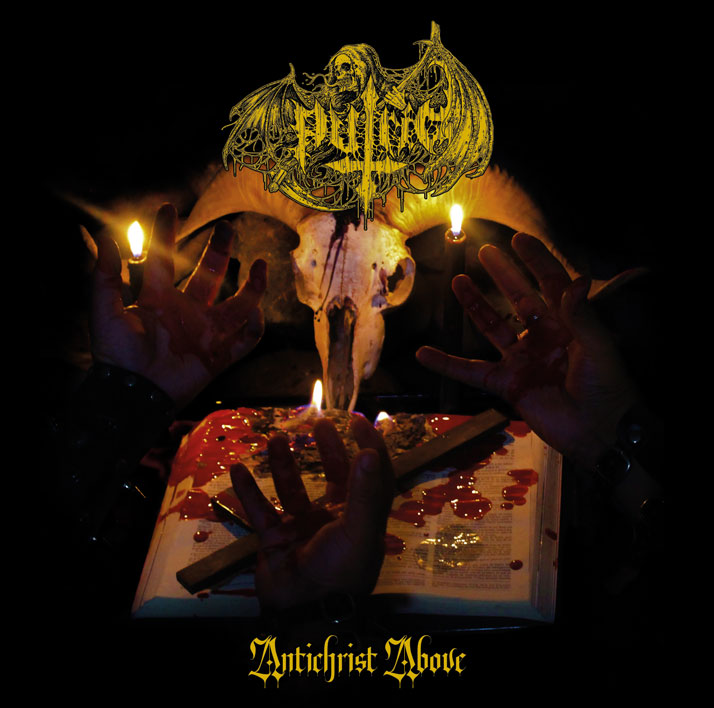 When I think of South American Extreme Metal, the most brutal, chaotic and intense sound is what comes to mind. It is the home of some of the most extreme music ever concocted and holding true to that tradition comes Peruvian Blackened Thrash Death Metal maniacs Putrid returning with their second studio full length album.

The follow up to 2016’s ‘The Triumph of Impurity’, ‘Antichrist Above’ is a ten track , forty-five minute brutal onslaught.

Lyrically it focuses predominantly on blasphemous sources for inspiration, which I know is often considered a well-trodden path and Putrid don’t pull their punches one little bit either.  Add to this sheer aggression and relentless violence in the delivery, from both a vocal and instrumental perspective and what you have is sufficient to make me at least feel the skin searing from my face as I listen. So I’m pretty happy. 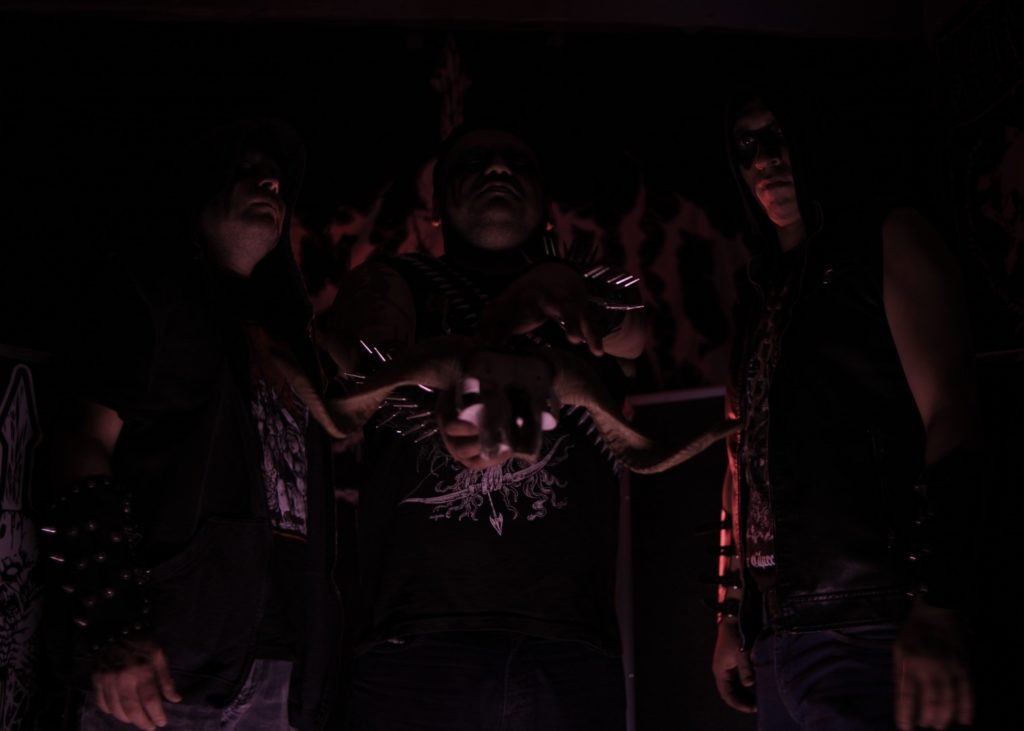 Opening track ‘Warfare in Golgotha’ (and my favourite from the album) is intense driving and brutal. A superb blackened repeat riff pattern, insane mid-point and second half shredding, with uncompromising drum battery and brutally vitriolic vocal delivery.

‘Antichrist Above’ takes the brutality up a notch, to the point where I recommend NOT headbanging to it. This track truly comes into its own in the second half where it turns blacker and more militaristic and chaos is replaced by focused intensity and completed by a shred of insane proportions.

‘A Cursed from the Chalice’ is short and sharp and on ‘The Victory of the Trident’ I love the opening dirty groove, before the track turns into a filthy onslaught completed by more insane shredding. A track filled with punch and determination.

‘The Corpse of the Messiah’ is filled with the promise of menace as it starts, and for good reason. It delivers, and brace your ears for yet more searing shredding with a slower second half that is dark and foreboding.

‘The Great Serpent Await Us’ unleashes another break-neck delivery and shred-fest, whilst ‘Three Nails of Hate’ is intense, sinister and to the point.

‘Pig of Liars’ is the album monster, at a mighty seven minutes. Needless to say it’s a slow builder, but in a sinister and maniacal way. I like this track immensely, also. It’s very layered and deceptively complex and midway, after a tail off, it assumes an unrelenting blackened aural assault that is almost seismic, and finishes with an extended final shred.

There is no let up for the final two tracks, the intensely unrelenting, but catchily addictive, ‘Rotting Kingdom’ and the chaotic onslaught that is ‘Morbid Prayers of Death’.

It’s not for the faint hearted, but then what good Metal ever is?

I think it’s a lot more accessible than most albums of its genre. Putrid manage to combine all the best elements and avoid many that detract, but without losing the edge.