Alternative rock legends Foo Fighters hit the road this summer for their 26th-anniversary tour, postponed from the previous summer’s 25th anniversary. One of the additional dates added to the rescheduled tour was 17 September at Bridgeport, CT’s Hartford Healthcare Amphitheater.

The band has had a busy year thus far, with a new studio album released in February and a disco cover album released in July for Record Store Day. Thousands of fans poured into the venue for this sold-out show at one of the smallest venues Foo Fighters have played in a long time.

Opening act Bambara took the stage at 7 PM. This five-piece post-punk band was formed in 2009 by twin brothers vocalist Reid Bateh and drummer Blaze Bateh. The band put on a show nothing short of stellar despite the poor mix.

Their energy was contagious, and their songs’ storytelling style made for a great 45-minute opening set.

It was around 9:15 PM when the crowd erupted into deafening cheers and screams as Foo Fighters took the stage. The show started slowly with Times Like These but picked up quickly with a couple of the band’s classics – The Pretender and Learn To Fly.

Being the 26th anniversary tour, the set really took fans on an experience through the years of the band, including several tunes from the band’s latest studio release, Medicine At Midnight, all the way back to their first album.

As the band played My Hero, you could feel the emotion in the air as the crowd sang every word back at the band. It seems as though Foo Fighters are just as passionate about the music as the fans are passionate about the music and the band. Later on in the set, these six guys played two incredible covers – You Should Be Dancing by Bee Gees and Somebody To Love by Queen.

The energy exchange between the band and the crowd is one of many reasons fans were reminded why they love live music.

Dave Grohl himself dubbed their performance a “raw, real rock ‘n’ roll show”, and I couldn’t describe it more accurately than that.

Times Like These
The Pretender
Learn to Fly
No Son of Mine
The Sky Is a Neighborhood
Rope
Shame Shame
Breakout
My Hero
These Days
Medicine at Midnight
Walk
You Should Be Dancing (Bee Gees cover)
Somebody to Love (Queen cover) (Dave on Drums, Taylor on lead vox)
All My Life
This Is a Call
Aurora
Best of You
Monkey Wrench
Everlong 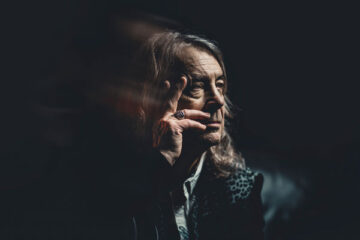