Album number six for St Albans finest noise merchants sees them put all of their musical styles into the same pot and serve up a sumptuous gourmet meal.

A staccato piano merging into a synth line leads us into album opener ‘The Great Divide’. The verses have an almost ska feel, then all hell breaks loose on the chorus. Enter Shikari are not a band to stick with conventionality, so why should they start now?

Vocalist and lyricist Rou Reynolds is behind the production console for this album and he has done a sterling job. Everything pops and fizzes and the album is tracked wonderfully. When you are mixing musical styles like this, the album has to have a flow to it and it really does.

‘Crossing The Rubicon’ leads us into the harder guitar orientated Enter Shikari sound, before “{The Dreamer’s Hotel}” takes a sharp left turn into hardcore E.D.M. Weirdly, all this genre shifting does not sound jarring or out of place.

If you know Enter Shikari at all, then you will already know they love to play with soundscapes and genre pigeonholing isn’t for them at all. 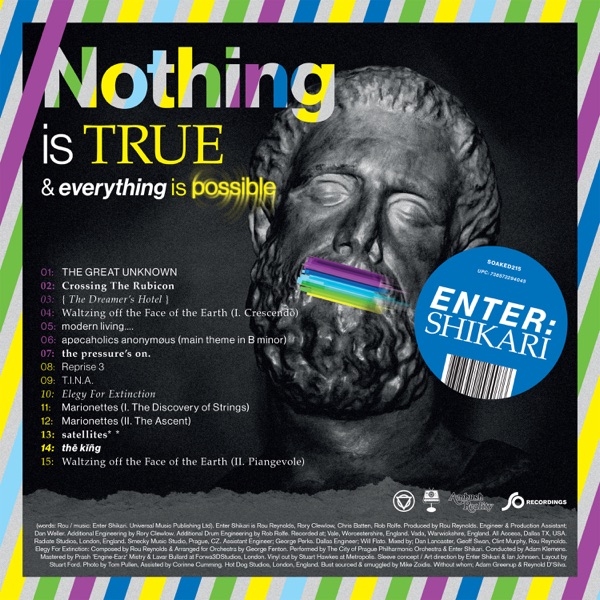 ‘Waltzing Off The Face Of The Earth’ is a perfect example of these soundscapes. Starting with a funfair carousel style rhythm, then into a waltz. It is completely bonkers but wonderful.

‘Modern Living’ contains my favourite Reynolds lyric on the album – “we’re apocoholics, drinking gin and tonics, lying in the flowers, counting down the hours”.

He has never shied away from touchy subject matter in any of his lyrics and thankfully ‘Nothing Is True & Everything Is Possible” is no exception to that rule, also.

This is the perfect album to introduce someone to Enter Shikari as every musical style they cover is represented. Think of this album as a Greatest Hits of tracks you don’t know yet.

This is EXACTLY where Enter Shikari need to be right now. Their politically charged lyrics combined with their quite breathtaking musical mind ,needed an album like ‘Nothing Is True & Everything Is Possible’.

This is an album for right now, which I believe will still be relevant many years from now.

FROM THE ABYSS: DANISH BLACK METAL ENIGMA ‘(0)’ LIFT THE VEIL FOR THEIR DEBUT ‘SKAMHAN’ 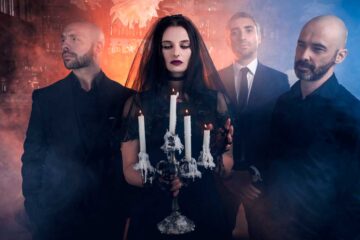