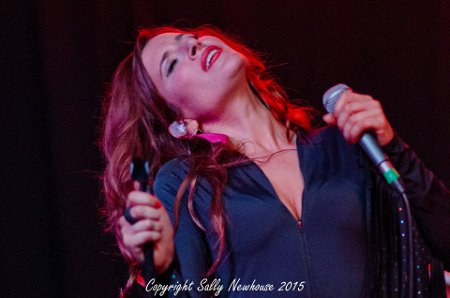 Space Elevator came crashing through the skies from outer space to an unsuspecting audience last March with the release of their eponymous debut album.

It was the eye opening promotional video for ‘Elevator’ that bedazzled many with the striking movements of the figure hugging cat suit wearing vocalist with the muchness, otherwise mystically known as The Duchess.

Surprisingly this date at the Garage was only their third gig and was a launch for their new double A-Side single ‘Loneliness Of Love’/’Oils And Bubbles’.

Former Whitesnake bassist Neil Murray wasn’t in attendance and it’s unclear wether he is a full time member or not but the nucleus of the band are built around the two songwriters in guitarist David Young and the aforementioned Duchess.

Her Royal Duchess certainly didn’t disappoint the gentleman in attendance either, this time wearing a dark navy blue cat suit so tight with no pantie lines that most men here had to hold their pint glasses directly under their chins to prevent their tongues from hitting the floor.

The lady has a cracking voice too that doesn’t let up all night. They launch into their cosmic signature tune ‘Elevator’ with a confident swagger followed by a new number, ‘Take The Pain’.

‘Loneliness Of Love’ is a perfect slice of eighties sounding melodic rock full of Heart and the smoothness continues with ‘Ordinary Day’. Despite a few minor technical problems, the ear monitor lead tangling with The Duchess’s long flowing Silkience hair as she sings her heart and soul on the ballad ‘I Will Find You’.

David Young lets rip on the space rocket ride of ‘Little White Lies’ which has a Beatles flavour on the chorus although I could’ve done without the soulless cover of the Fab Four’s ‘Daytripper’ that followed as well as the later encore of the ‘smiths ‘Love In An Elevator’ but at least you’ll hear where their influences lie.

If there is a problem with Space Elevator then that is deciding what exactly is their commercial market as they have an individual look especially with The Duchess at the helm. Their music is colourful with a shine and in places a little bit wacky and left field.

They’ll be ideal on the Eurovision Song Contest and I say that in a positive manner because Space Elevator really do stick out and could be onto a winner if they can write more songs in the vein of the Queen, like anthem ‘We Are The Losers’ or the Kate Bush charm of the ballad of ‘Oils And Bubbles’.

Space Elevator would certainly score 12 points from me.

During the gig The Duchess responded to the highly respected Classic Rock journalist Dave Ling, who earlier said on social media that he was going to attend the gig wearing a tight cat suit himself. The Duchess was not amused that Mr Ling had let her down by turning up in his jeans but MetalTalk can exclusively reveal, with the use of our X-Ray cameras, that Lingy did indeed have his cat suit on under his clothing in the colours of his beloved Crystal Palace. 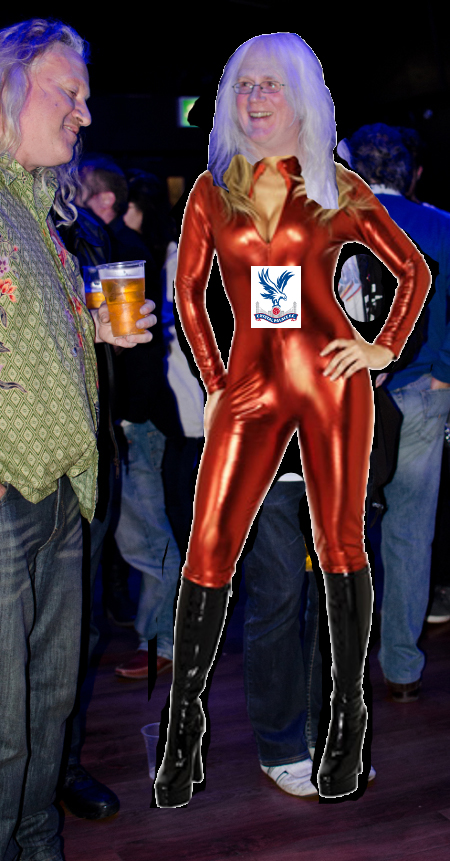