Ellefson have revised the release date for their album ‘No Cover’, with the 18 track album featuring a who’s who of the Rock and Metal world set for release  20 November.

You can watch their version of the Cheap Trick song ‘Auf Wiedersehen’ below, which features Al Jourgensen, Brandon Yeagley, Charlie Benante, along with David Ellefson, vocalist Thom Hazaert and guitarist Andy Martongelli.

David Ellefson was a recent guest on MetalTalk TV, where he spoke about the ‘No Cover’ project.

You can watch that episode here.

There are also seven upcoming shows in the US, starting with the Historic Sunset Station, San Antonio, on 30 October.

‘No Cover’ features a myriad of Metal stars, Doro Pesch, Gus G, Andrew Freeman to name but three. Full details are below.

David told MetalTalk: “We’re all trying to make sense of everything right now.

“We got offered the shows in Texas with Saliva several months ago, and as things opened back up, we thought if they could be done as safely as possible, for us and our fans, it might be possible to do them.

“So we decided to try. And with ‘No Cover’ coming out in November, we wanted to try and play a few intimate, limited capacity shows around the release, just to get out briefly and say hello to the fans.

“We have safety plans and protocols in place for capacity, limited interaction meet and greets, etc, and we think we can still have fun, play great shows, and keep everyone safe.

“These aren’t massive shows, they are very intimate club events, some with extremely low capacity, which we are hoping will make it possible for us all to stay as safe as possible and have some fun and semi-normalcy for a night.

“And as you can imagine, we are as excited to go out and play, as fans seem to be to see us.”

The original plans for the album and its release were changed earlier in the year when Thom Hazaert had an unexpected medical situation.

Thom told us: “There’s no easy way to say it, but in July, right in the middle of recording the album, I had massive heart failure and went into cardiac arrest.

“My heart literally stopped for several minutes and I was revived at the hospital.

“There was a long recovery, but we managed to finish the record and secure amazing deals with our friends at EARMusic and Ward, but obviously we had to revisit our timeline a bit.

“And literally, maybe a month and a half later we were in Los Angeles, at Al’s house, shooting the video for ‘Auf Wiedersehen’.

“I’m just extremely humbled and thankful to be here, to not only be able to finish this incredible record, but be able to see it released Worldwide with incredible labels, which really almost wasn’t the case.

“Originally we had envisioned ‘No Cover’ as a smaller, limited release ‘quarantine project’ we were doing for fun, with a bunch of our friends, really just to not have to release our studio album during the pandemic.

“But as it neared completion and we really got to see the scope of what it was turning into, we realized it was worthy of so much more.”

Ellefson told us: “It really was a crazy, whirlwind process. Not only making such an involved album so fast, but also remotely during a pandemic with not only dozens of guests, but the entire band spread around the Globe.

“And then, almost losing our singer in the middle of it.

“But at the end of the day, it turned out better than any of us had hoped and really was one of the most fun records I’ve ever made.

“It’s been great to pull so many great and positive things out of 2020, despite all the challenges.” 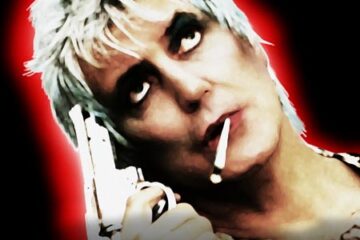