São Paulo quintet Ego Kill Talent, who released a video for the single ‘Lifeporn’ recently, have completed a live stream show with Q&A and you can watch the replay below. The show proved a success, having over 23k global views and has seen their content figures growing 10% on Spotify and 25% on Apple Music.

Recorded in the Family Mob studio, Jonathan Dörr (vocals) told MetalTalk: “We wanted our fans to have the experience of an Ego Kill Talent show and get to know the band in its intimacy, being able to see in a naked way how we deliver inside the studio.”

The Brazilian Metal scene is strong and events like this help to propel bands into a more global scene. The livestream event pushed the band to the eyes an ears of North American, UK and European audiences.

Tony Aiex, one of the main Brazilian cultural journalists and editor behind the website ‘Tenho Mais Discos Que Amigos’ (or ‘I have more records than friends’, in English!) told MetalTalk: “It felt like that was a real show and what we saw was an energetic performance to finally reveal live versions of the powerful singles the band has been releasing.”

Livestream setlist: Now / Sublimated / We all / Old love and Skulls / The Searcher / Diamonds / Heroes, Kings and Gods / The Call / Still Here / Last Ride / Lifeporn / Just to Call you Mine / Try

Ego Kill Talent’s upcoming second album, The Dance Between Extremes​, is due out later this year via BMG.

Ego Kill Talent / ‘The Dance Between Extremes’ set for 19 March 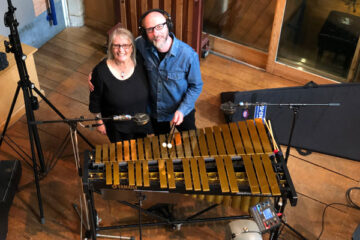