RFL Records have told MetalTalk that the latest addition to their roster of bands is Philadelphian warmongers Corners Of Sanctuary, with confirmation coming that the bands seventh album, ‘Heroes Never Die’, will be released on 30 October 2020.

Embracing the New Wave Of Traditional Heavy Metal, Corners Of Sanctuary have played some cracking US venues such as Whisky A Go-Go, Rainbow, Trocadero Theater and The Met, while they have also been spotted in various European cities too.

The past has seen the band play with the likes of UDO, Stryper, Bulletboys, Saxon, Grim Reaper, Butcher Babies, Tim “Ripper” Owens, Anvil and Girlschool and their classic form of Metal is sure to grace our shoes again soon.

RFL Records’ CEO, Jon Marchewka, told us: “I am personally thrilled to have Corners Of Sanctuary as part of the RFL family.

“Our goal is to be a diverse label that appreciates the different styles in the Hard Rock / Metal genres and with Corners Of Sanctuary we have a band that delivers an amazing, classic Metal style.

“We want to bring the very best to our fans and with us being such big Corners Of Sanctuary fans, we fully believe that these guys are going to be a major player in the industry for many years to come.”

Guitarist and founder of Corners Of Sanctuary, Mick Michaels, told us: “We are thrilled to be working with RFL Records for the release of our next album, ‘Heroes Never Die.’

“From the beginning, the connection has been undeniable…their support of our particular style and sound has been overwhelming and we could not have asked for more.

“The band is confident this partnering will produce nothing but positive results.” 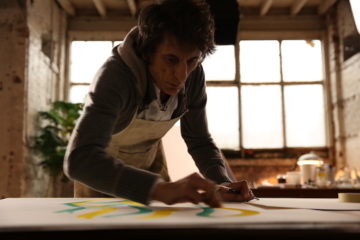