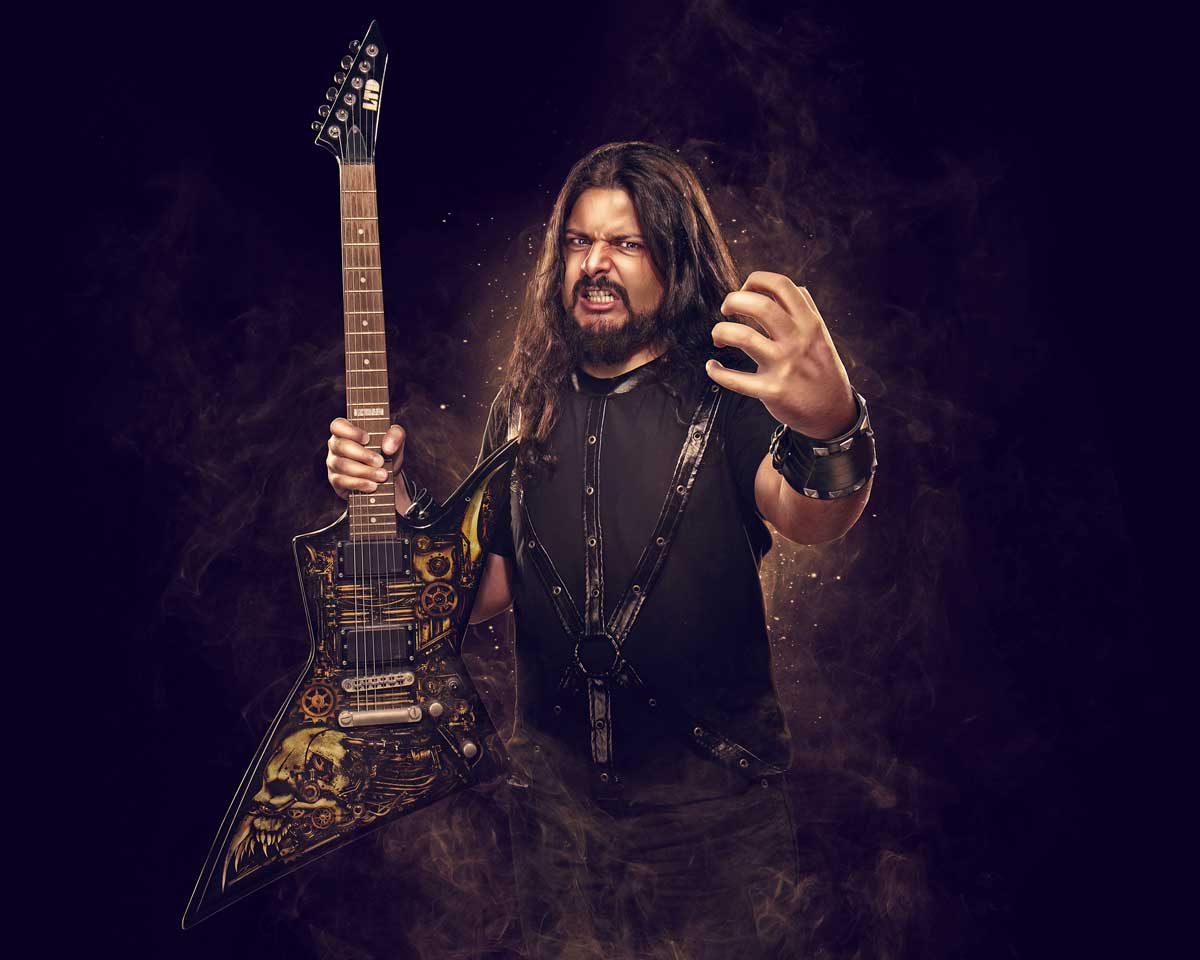 The man who has made the biggest impact on the Indian Heavy Metal scene is the Metal legend Sahil Makhija, better known as The Demonstealer. He is the mind behind Metal outfit Demonic Resurrection and Demonstealer Records, India’s first Extreme Metal record label.

Makhija has returned with his latest offering, the four-track, eighteen-minute EP The Holocene Termination, from his self-named solo project Demonstealer, a heady meld of Death, Black and Thrash Metal, and it’s a blindingly good listen.

For The Holocene Termination, he has gathered an impressive list of guest musicians, with Sahil covering vocals and guitar and the only thing more impressive than the guest list is the sound of the EP, as it should be.

The EP opens with The Holocene Termination, which features Eugene Ryabchenko (Fleshgod Apocalypse), Jeff Hughell (Six Feet Under) and Nick Padovani (Equipoise). It’s powerful, ominous and dramatic to open, the pace building with raw brutality but maintaining a dark melodic undercurrent and culminating in a soaring chunk of extended, hauntingly reflective leadwork that makes its presence known around midway through.

Next, An Epoch Of Degradation, which features Krzysztof Klingbein (Deathspawn) and Anton Zhikharev (Gorgasm). This is a fast thrashy driver from the offset that packs a massive punch but still manages to have its groovier moments.

The penultimate offering From Extinction Begins Evolution, features Simon Schilling (Marduk), Anton Zhikharev (Gorgasm) and Fabio Bartoletti (Fleshgod Apocalypse) and delivers pomp, power and unrelenting brutality in abundance, with an interesting direction shift in the second half along with a soaring swathe of leadwork that battles its way heroically to the surface.

And finally, What She Creates She Will Destroy, featuring Robin Stone (The Amenta), Jeff Hughell (Six Feet Under) and Veronica Bordacchini (Fleshgod Apocalypse). This reflects the opener bringing the EP full circle with the clean female vocals from Veronica Bordacchini, adding an extra layer of texture to the sound.

Treat yourself to and eighteen-minute brutal joy and give The Holocene Termination a spin. Your ears will thank you.