The Foo Fighters frontman Dave Grohl has added to the latest episode of his ‘True Stories’ series. This is the first episode to be narrated by Dave himself and it is a powerful, poignant, statement about how we should support teachers and the role his mother has played in the education of so many students.

What started as a new Instagram page, featuring images detailing “ridiculous moments of his life”, it has now morphed into something far more personal.

This episode is far more personal.

“I hate to break it to you, but I was a terrible student”, says Grohl.

He goes on to say that through no fault of the public school system he later dropped out of his eleventh grade to focus on a career in music.

Grohl goes on to say that “I left behind countless missed opportunities…to this day I’m haunted by a reoccurring dream where I’m back in those crowded hallways now struggling to graduate as a 51 year old man.”

Grohl credits his mother, herself a public school teacher, for his interest in the current debate surrounding the re-opening of schools.

“I can’t tell you how many of her former students I’ve met over the years who offer anecdotes about being in her classroom – every kid should be so lucky to have that favourite teacher. The one who changes your life for the better…though I was never her student, she will forever be my favourite teacher.”

Grohl goes onto to point out that with the current debate about re-opening schools, teachers are faced with a set of dilemmas that most people don’t even consider. “Most schools already struggle from a lack of resources – how can they possibly afford the mountain of safety measures that will need to be in place.”

He then goes onto talk about his views on remote learning and declares that all teachers deserve a plan too. “America’s teachers are caught in a trap, set by indecisive and conflicting sectors of failed leadership who have never been in their position.”

Grohl finishes by saying that “We should support and protect teachers like the national treasures they are, for without them, where would we be?

“Lets show these tireless altruists a little altruism in return – I would for my favourite teacher.”

You can listen to Dave in full, here:

Lacuna Coil / To play 'Black Anima' live and in full 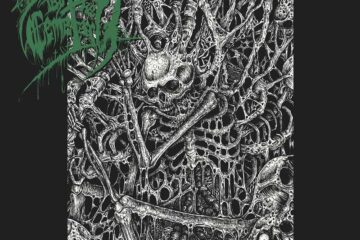