The Big 3-0 tour sees Gun, FM and Dan Reed Network join forces to celebrate the thirtieth anniversaries of the ‘Taking On The World’, ‘Tough It Out’ and ‘Slam’ albums.

The headline slot is rotating, with the running order announced on the day of each stop, encouraging fans of all three bands to get there early and catch the whole show. Everyone gets an equal timeslot, with sixty-five minutes apiece, and the ‘Big 3-0’ drumkit stays in place all night, with the set changes marked by the unfurling of a new gigantic backdrop. 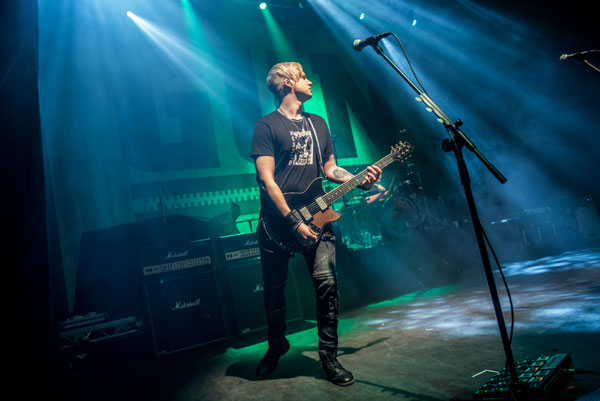 The majority of fans may be the right demographic to have seen these bands the first time around, but this tour is not so much a nostalgia fest as a celebration of longevity, with all three still independently very active on the live circuit, releasing new material and evidently with no plans to slow down.

Tonight it’s Gun’s turn to open, and the venue doors have opened with plenty of time to spare, ensuring that they’re playing to a comfortably full room. Of the three bands playing tonight, Gun have experienced the most line-up changes, with the Gizzi brothers forming the stable core of the band, with Dante switching from bass to vocals in 2010. Tonight he delivers an assured performance that suits the songs, and revels in the positive vibes from the crowd. 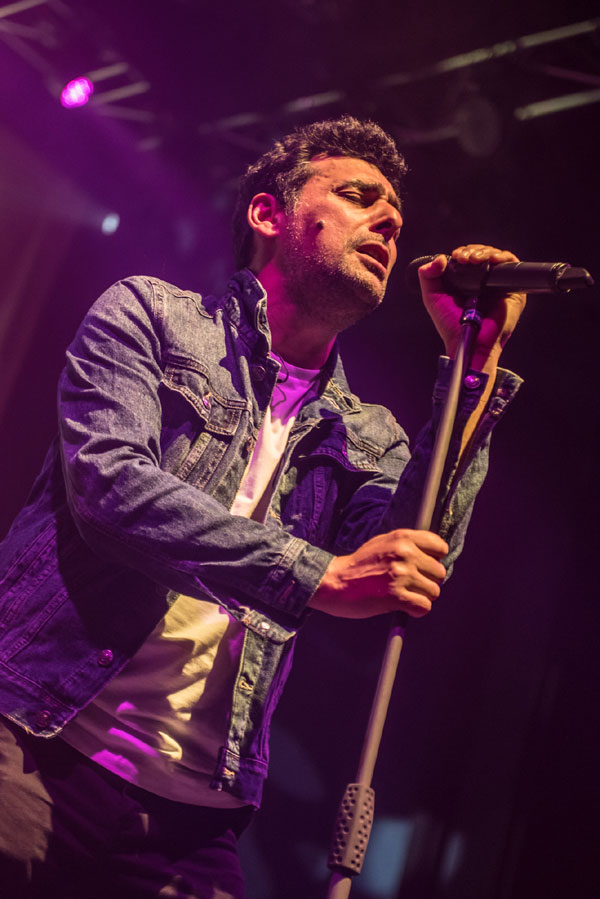 Although ‘Taking On The World’ comprises the majority of the set (which kicks off in album order with ‘Better Days’ and ‘The Feeling Within’), there’s still time to mix things up and squeeze in a few extra songs, including their 1994 cover of Cameo’s ‘Word Up’. ‘Taking On The World’ itself gets a lovely reception with some heartfelt singing from the crowd, while ‘Money (Everybody Loves Her)’ amps up the party vibe and gets people dancing. The set concludes with ‘Steal Your Fire’ from 1992’s ‘Gallus’, ‘Shame on You’ and another newly-recorded cover, the Beastie Boys’ ‘Fight For Your Right To Party’. It’s a great start to the night.

FM take the middle slot, and from the first lines of ‘Tough It Out’ it’s immediately clear that Steve Overland’s stunning voice has not diminished with time. The band are, as always, having a wonderful time on stage, and they sound fabulous. It’s a smooth, polished performance – as musicians they’re at the top of their game. 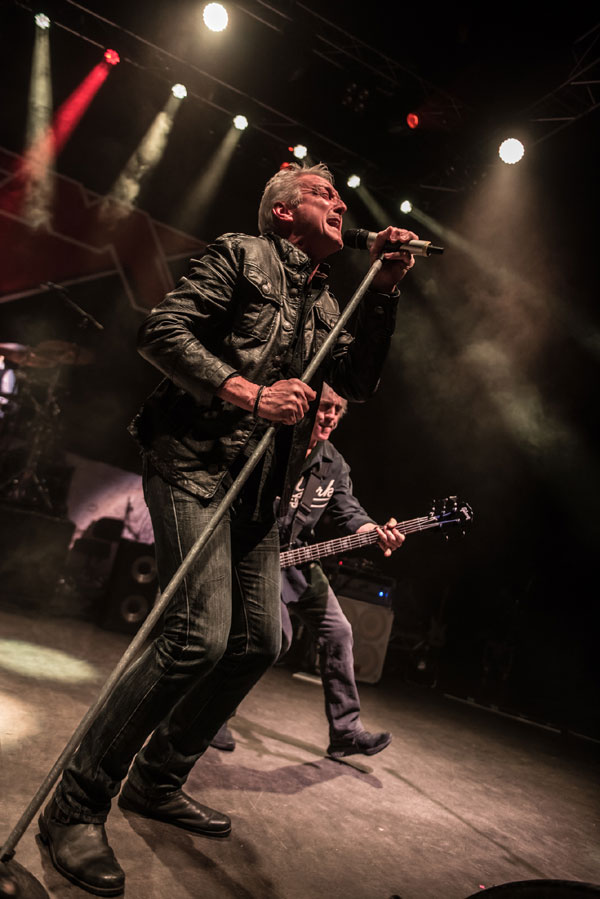 One of the real treats for fans with this format is hearing songs that don’t get played in the ‘regular’ set, such as ‘Someday’, introduced by Steve with: “This is a song I’ve tried to keep out of the set forever.” From the reaction it’s clear that lots of people had been waiting to hear it!

With hook-laden songs, memorable choruses and layer upon layer of harmony, FM really don’t need any extra bells and whistles. They are the only band of the night to be accompanied by plumes of smoke rising from the front of the stage, and it’s absolutely surplus to requirements. 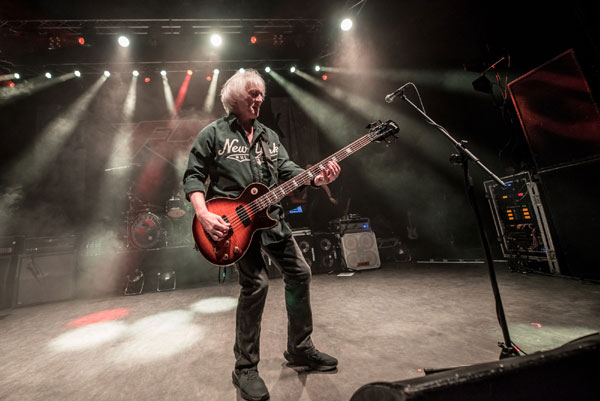 The set concludes with: “One from the very first and one from the very last,” in ‘I Belong to the Night’ from Indiscreet’ and ‘Killed By Love’ from 2018’s ‘Atomic Generation’, with Jem Davis making a brief escape from behind the keyboards wielding a keytar. FM take their bow to massive cheers, and the gauntlet is well and truly thrown down to tonight’s headliners.

Dan Reed Network first returned to the UK after a twenty year hiatus in 2013, and they’ve not stopped since, with regular tours, two new albums (‘Fight Another Day’ in 2016 and ‘Origins’ in 2018) and their next album due in 2020. 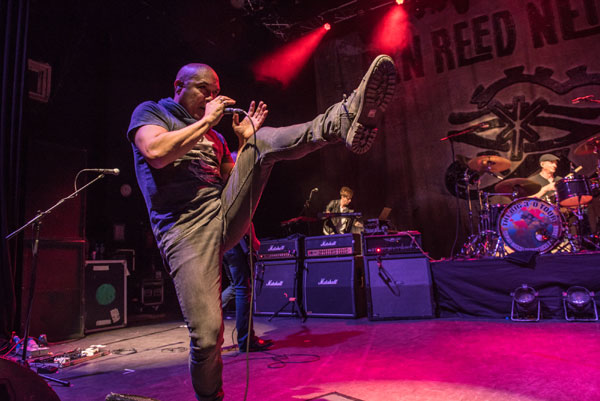 Tonight, however, it’s time to revisit ‘Slam’. With no gimmicks and no frills, the Network deliver a solid hour-and-five-minutes of rocking, funky entertainment, played with a massive amount of energy and obvious relish. The songs sound just as fresh today as they did 30 years ago, helped, no doubt, by the calibre of performance that we see tonight. There is one deviation from the album running order, as Dan starts with an a capella version of ‘All My Loving’, before the band rips into ‘Make It Easy’.

Dan, ever the engaging frontman, commands the stage with a huge smile, and steps out onto the barrier numerous times to greet familiar faces in the crowd. Brion James and Melvin Brannon Jnr are both cooler than cool. There’s a great little moment of synchronicity during ‘Tiger in A Dress’ when both guitar and bass are slung around the bodies of their owners and not a beat is missed. 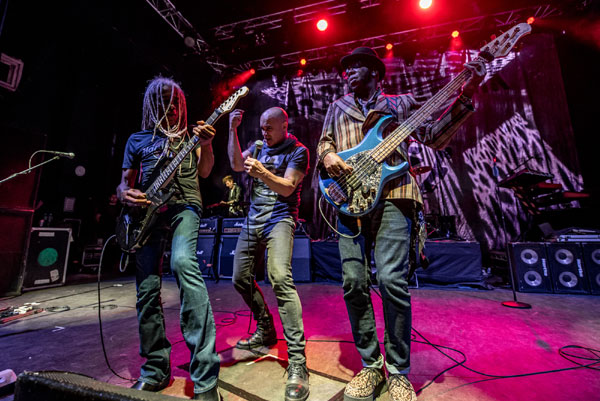 Though the trio at the front command the most attention, it would be foolish to ignore Dan Pred, the understated powerhouse on drums, and Rob Daiker’s layers of keyboards and backing vocals which fill the sound out admirably.

With ‘Slam’ clocking in at just under sixty-three minutes, there’s no time for Dan to stop and chat (or pull out a piano for ‘Stronger Than Steel’). It’s great to hear some of the rarely-aired album tracks . I don’t remember hearing ‘I’m Lonely, Please Stay’ live before but then I’m thirty years older too and my memory has a few holes.

‘Come Back Baby’ (always a live favourite) has everybody bouncing, and ‘Seven Sisters Road’ brings things to a frenetic and satisfying conclusion. A fab night and an immense value-for-money lineup. More like this, please! 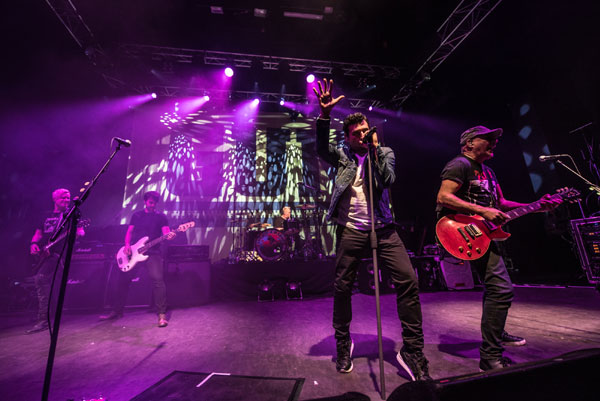 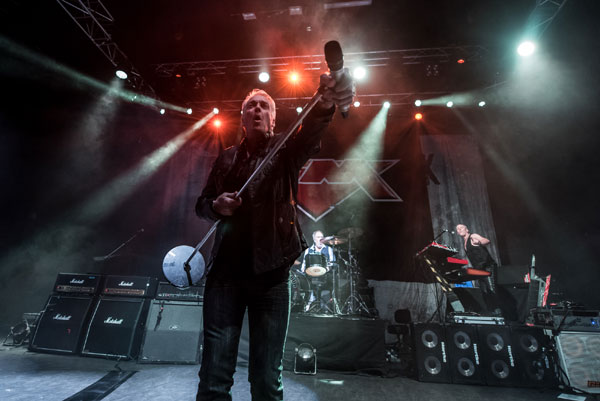 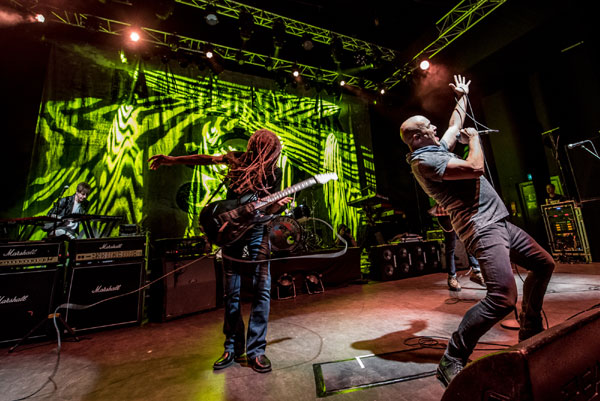 Dan Reed / With Liftoff, Reed will soothe and speak to your soul during these turbulent times