Slipknot and Stone Sour vocalist Corey Taylor has announced that his highly anticipated solo album ‘CMFT’ will be released 2 October 2020 via Roadrunner Records and the first two tracks are available to see below.

The first single ‘CMFT Must Be Stopped’ features Tech N9ne and Kid Bookie, with the video, directed by DJay Brawner, also including a host of Metal stars including Lars Ulrich, Rob Halford, Lzzy Hale and Marilyn Manson.

The album, ‘CMFT’, features a broad spectrum of music styles, as Taylor acknowledges his influences ranging from Hard Rock to hip-hop, via Punk and Classic Rock.

With some songs written by Corey when he was in his teens, there are also newly written tracks all recorded by Corey and his band, featuring Christian Martucci (guitar), Zach Throne (guitar), Jason Christopher (bass), and Dustin Robert (drums).

The album was recorded at Hideout Studio in Las Vegas, with producer Jay Ruston. 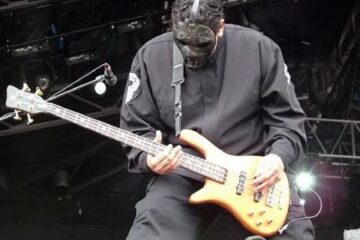