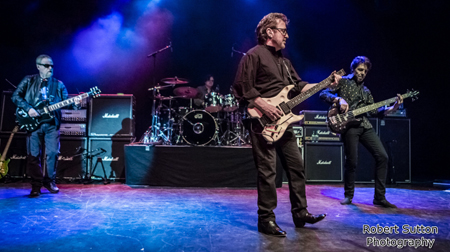 It was eight years since Long Islands’ Blue Öyster Cult last performed in London. This was a one-off UK date and for once, those living outside of the capital couldn’t really complain as the last three visits that BÖC had made to the UK were to far flung places such as Minehead, Pwllheli and Maidstone for short festival appearances.

They certainly made up for it this evening by performing a 25-song set celebrating the 40th anniversary of the ‘Agents Of Fortune’ album in a show that lasted a whopping two-and-a-half hours, allegedly the longest show the band had ever done. 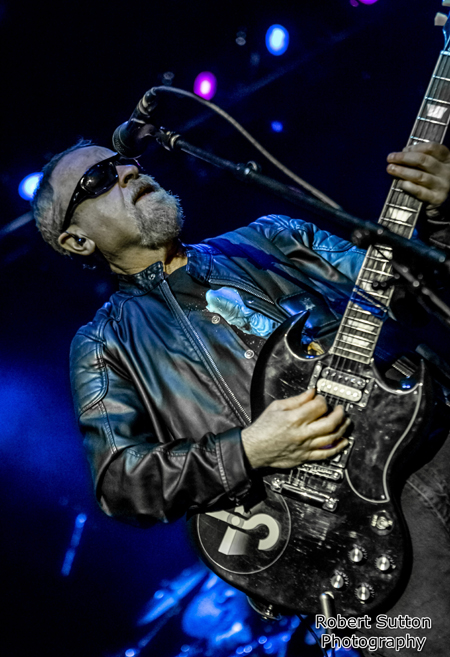 There was no big build up and Blue Öyster Cult wasted no time and got straight into the ‘Agents Of Fortune’ album with Eric Bloom singing the vocals on the punky opener ‘This Ain’t The Summer Of Love’ before a change in style for a rare live version of ‘True Confessions’.

A subdued start but performing the album in its correct running order meant their most popular song, ‘(Don’t Fear) The Reaper’, was the third track of the night and it really grabbed the Forum by the balls with its dark harmonic vocals and spellbinding guitar solo.

Mentor and producer Sandy Pearlman sadly passed away just a few days before this gig and it was an honour to hear so many voices raised for the track he co-wrote with Donald ‘Buck Dharma’ Roeser, ‘E.T.I (Extra Terrestrial Intelligence)’.

A real treat for long time fans was the guest appearance of former drummer Albert Bouchard who left the band in a tangled divorce back in 1981 but it was all smiles again tonight as he entered the stage with a guitar and took the vocals for the track he co-wrote with Patti Smith, the sublime ‘The Revenge Of Vera Gemini’.

Bouchard remained on stage for the remainder of the ‘Agents Of Fortune’ section taking on the vocals of ‘Sinful Love’ and the sixties flavoured ‘Debbie Denise’ which was actually the second single from the album.

After a brief interval BÖC returned with an arsenal of classics which included the rifftastic ‘Dominance And Submission’ which included more audience participation on the chorus. Glasses were raised for ‘The Golden Age Of Leather’. 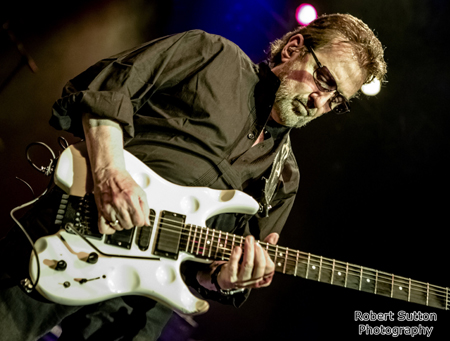 It’s been some time since BÖC have written any new material, resulting in the rather excellent ‘Harvest Moon’ from 1998 being the newest song in the set.

The band were really firing on all cylinders by the time they got to ‘Then Came The Last Days Of May’ which saw the versatile Eric Bloom on keyboards with jaw dropping solos from both Richie Castellano and Buck Dharma.

After a monstrous ‘Godzilla’, ‘ME 262’ led to Bouchard returning for a five guitar attack surreally recreating the inner sleeve of the classic live album ‘On Your Feet Or On Your Knees’, an amazing spectacle to witness which rolled into a blazing cover of Steppenwolf’s ‘Born To Be Wild’ complete with a shining confetti ending.

Encores saw the acoustic bliss of ‘In Thee’ followed by a ballsy ‘Cities On Flame With Rock ‘N Roll’ with Bouchard playing along on a smaller drum kit in front of Jules Radino.

An incredible evening that will leave Blue Öyster Cult fans worldwide jealous and UK fans boasting about for years to come. 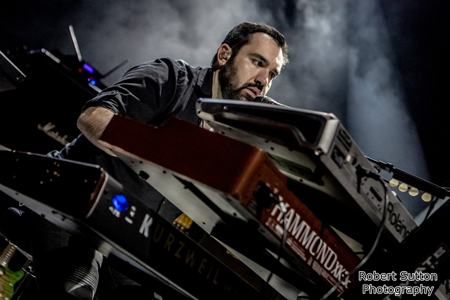 Set 2:
Dominance And Submission
Golden Age Of Leather
OD’d On Life Itself
Burnin’ for You
Harvest Moon
The Vigil
Lips In The Hills
Buck’s Boogie
Then Came the Last Days of May
Hot Rails To Hell (Richie Castellano on lead vocals)
Godzilla
ME 262 / 5 Guitars
Born to Be Wild

Encore:
In Thee
Cities on Flame With Rock and Roll (Albert Bouchard on lead vocals) 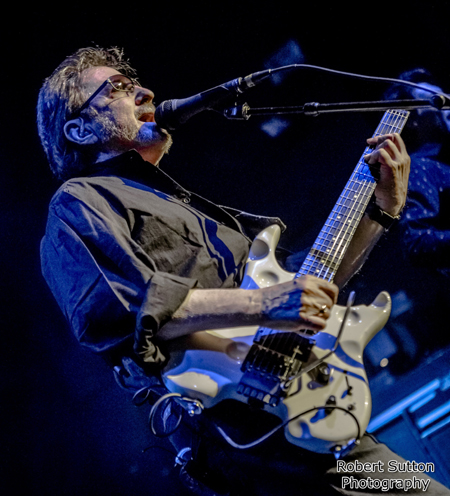