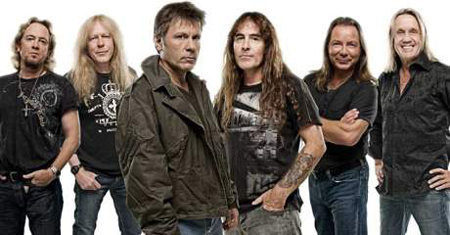 After Iron Maiden’s last massive world tour that saw them play sold out concerts across the globe, often flown by singer Bruce Dickinson on the huge Ed Force One aircraft, I started wondering if there was anyone anywhere on the planet that didn’t like Iron Maiden?

Since the late 1970s, Iron Maiden have worked their way up from the dirtiest pubs of East London to headlining the biggest stadiums and festivals on every inhabited continent of the world. Madison Square Garden, Donington, Wacken and Rock In Rio; they’ve done them all multiple times.

They’ve played in the Middle East, India, Africa and China, often long before most other Western bands have charted those territories. They have a reputation of taking their show into previously uncharted rock’n’roll territory. On the World Slavery Tour in 1985 the band became the first to take a full production into Eastern Block countries, long before the fall of Communism.

Their albums turn up in bootlegged formats all over the globe from Bulgaria to the Gobi Dessert. It really took me a lot of Googling to find a people somewhere that didn’t like Iron Maiden but I think I’ve found them.

That sounds crazy doesn’t it? I’m sure we’ve all got one mad old neighbour who sometimes gets grumpy about Metal late at night but most people I know generally like Maiden, Metallica, Sabbath and Kiss deep down inside. But the Sentinelese aren’t like that.

The Sentinelese people live on a small island called North Sentinel in the Bay Of Bengal. They are one of the few untouched people left in the world. There are quite a few tribes of relatively untouched people around in the darkest depths of the Amazon and the jungles of New Guinea but the Sentinelese are probably the one of the most truly isolated, with no kind of even indirect contact or knowledge of the outside world whatsoever.

Equally we have no knowledge of them. This is how the island looks on Google Earth. That’s pretty much all we know about them. 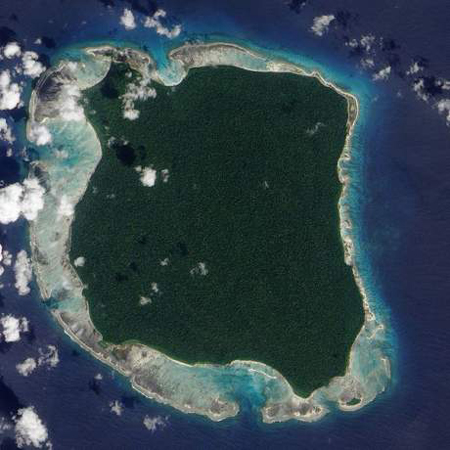 What goes on in there is anyone’s guess. What language do they speak? What do they eat? How many of them are there? What learning or knowledge do they have? Have they discovered fire? What do they actually do? We don’t know. But they don’t listen to Iron Maiden, that’s for sure.

Officially the island is part of India. It lies off the east of India in the Bay Of Bengal. The Sentinelese don’t know that however. Indian maritime law forbids anybody approaching within two miles of the island. This is for mutual protection. If the Sentinelese were to come into contact with diseases from the outside world, they may be wiped out. The law also exists to protect outsiders. The Sentinelese are extremely aggressive towards outsiders. 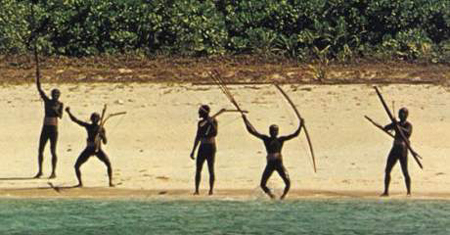 Sentinelese Tribesmen warding off an approaching boat with bows and spears

From the late 1960s the Indian government made several attempts at contact by leaving gifts but all were rejected by the Sentinelese, sometimes violently. They eventually gave up trying to contact the Sentinelese.

In 1974 a National Geographic film team were greeted with a shower of arrows when they tried to leave gifts of a trussed piglet, a plastic doll and some pots and pans on the island. They saw the locals stab and bury the pig and doll but retrieve the pots and pans. The film crew withdrew after the director was speared in the leg.

More recently in 2006, two fisherman from nearby islands illegally strayed onto North Sentinel and were both killed by bowmen. A rescue helicopter that attempted to retrieve their bodies was also deterred by a hail of arrows.

After the 2004 Indian Ocean Tsunami that left so many dead and homeless, it was feared that the Sentinelese may also have been wiped out. An Indian coastguard helicopter was sent to fly over the island and managed to take this photograph to prove they are still alive. Of course the photo shows a Sentinelese trying to shoot down the helicopter. 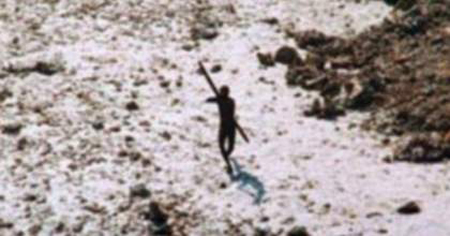 Sentinelese firing an arrow at a helicopter

I would hazard a guess that this would be a similar reception to what Iron Maiden might receive if they tried to land Ed Force One on North Sentinel. Anyway, aside from the Sentinelese, everyone else loves Iron Maiden.