Church Of Misery Bring Doom To The Garage 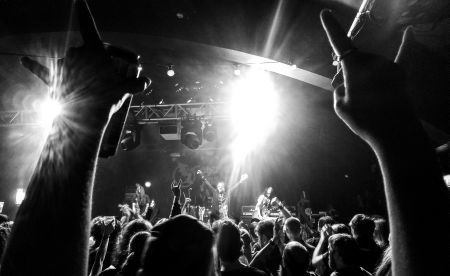 No Bueno were first on with their set consisting solidly of uncompromising riffage throughout. No need for a singer to get in the way or a bass player for that matter.

Guitarists Reuben Gotto and Jodie Cox fill up the space amply and along with Jop Gotto on drums they make a wall of sound that measured a nearly illegal 121.7dB. I nearly shat my pants. Luckily I wasn’t wearing pants so I just shat my trousers instead.

This was apparently their first ever gig. My advice would be to catch these guys soon before they’ve they damaged their own hearing beyond salvage. 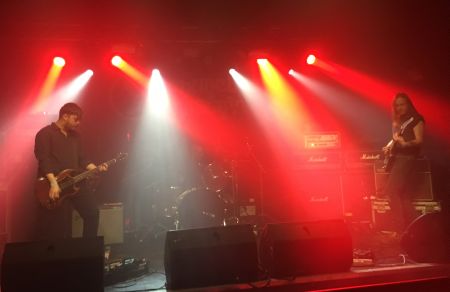 After clearing up my mess in the toilets, it was time for Slabdragger still celebrating last year’s Rise of the Dawncrusher album. This time the riffage come in a sludgier, darker from, with demonesque vocals from bassist Yusuf Tary and even more satanic vocal summoning from guitarist and riff owner, Sam Thredder.

Between them and drummer, Jack Newnam they lay down some seriously heavy grooves for the kids, and we lap it up.

These guys have the art of a live show well under their belts. They play like headliners and demand the worship that the eager crowd are happy to give them. Then they finish up with a Zappa cover just when I thought it couldn’t get better! 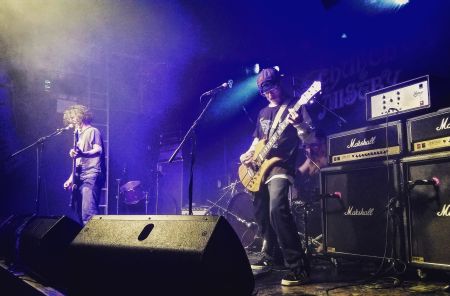 I pretty much feel like I’ve had a good night out now, value for money and I’d be happy to go home but there’s more. Church of Misery are an intriguing prospect. They are apparently Tokyo’s finest doom/stoner band.

To me that sounded an odd idea. But then Japan has a lot of odd but great ideas, would this be one of them?

Besides something about the air of anticipation among the packed out crowd in the Garage that night told me this might well be worth waiting for. I soon found out why the venue was rammed when the the Church finally ambled onto the stage and hit the first doom laden chord.

These guys have the deep power of Sabbath embedded in their souls. Despite low slung bassist Tatsu Mikami being the only original member of the church, it’s clear that these guys have all lived and breathed Iommi for years. It’s written all over them in a really good way.

But how does it feel for a band from Japan to perform in England, the home of Sabbath? Would they be daunted by the prospect?

Hardly, they lay in thick and fast with singer Hiroyuki Takano literally holding the crowd in his hands for the full length of the show. There’s no hint of hesitation or mercy in their eyes.

Bang, bang bang, they hit hard for 60 minutes. Could Church of Misery be the new masters of reality?