It has been a bumper year for Blue Öyster Cult fans. Not only have the New York titans released their best album in many years in the shape of ‘The Symbol Remains’, but there has been a slew of excellent live sets featuring both the music and concert footage to feast eyes and ears upon.

These two latest shows were performed twelve years apart and despite both containing a crossover of seven tracks played at each, remain distinct and vital records of the legendary band at the peak of its power. 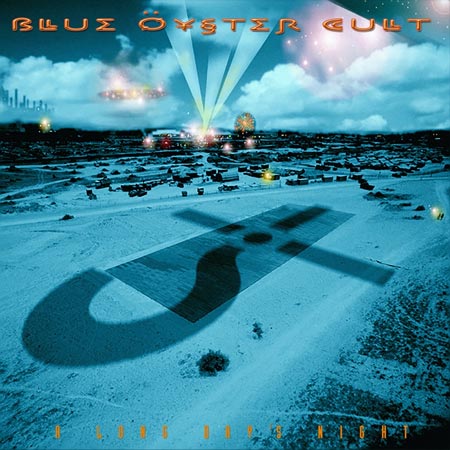 A Long Days Night features the set played in front of an ecstatic Chicago crowd, BÖC mainstays Buck Dharma, Eric Bloom and Alan Lanier being joined by the then line-up of former Rainbow sticksman Bobby Rondinelli and long term bass player Danny Miranda to kick up the storm.

Kicking off with a frantic and Rock ‘n’ Rolling opening romp through ‘Stairway to the Stars’, the band play a career spanning selection that brings in both the hits and fan favourites.

From the classic, sweet melodies of ‘Burnin’ For You’, the multi layered ‘OD’d On Life Itself’ with it’s opening riff that brings to mind T Rex’s ‘Jeepster’ and the sinister but oddly upbeat ‘Quicklime Girl’ there’s plenty to enjoy here. Always shot through with huge panache and humour, the songs seem to bring both a real crunch and guaranteed smile each and every time as the band tear into one after another.

There is a real light and shade here too as ‘Harvest Moon’ drips with a redolent nostalgia and pneumatic rock ‘Lips in the Hills’ blazes.

As a band, BÖC manages a sublime balance that genuinely lets each member shine within the structures of the songs and whilst this eschews the temptation to show off with needless flourishes for the sake of them, there is a real craftmanship that never overwhelms the whole.

This is highlighted on extended workouts like ‘Buck’s Boogie’, ‘Astronomy’ and the killer one two punch of set closers ‘Godzilla’ and ‘(Don’t Fear) The Reaper’, the two classics being stretched out to delirious lengths. 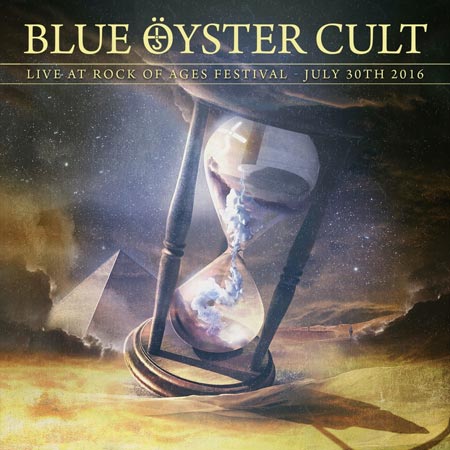 Adding the shock Rock of set starter ‘This Ain’t the Summer of Love’, favourites ‘Golden Age of Leather’ and ‘ME 262’ and an epic ‘Then Came the Last Days of May’ to the mix, the tracks hit all the right notes.

There is enough variation in the running order and the playing to warrant investing in both this and the Chicago releases, each bringing its own delights and with your choice of DVD or Blu Ray you can soak up each nuance and nod as you enjoy the chemistry onstage.

Given the lack of proper live shows this year, there has never been a better time to soak up the experience of a concert in the confines of your own home and these two offerings are bound to bring that rush.

Blue Öyster Cult have always been masters of their craft and this brace of releases will win the hearts of casual listeners, alongside their devoted following.