Bloodstock Sunday is here, and overnight the Ronnie James Dio stage has sprouted a considerable extension arm. It’s all ready for the Scorpions tonight, although everyone will be having a go on it through the course of the day. 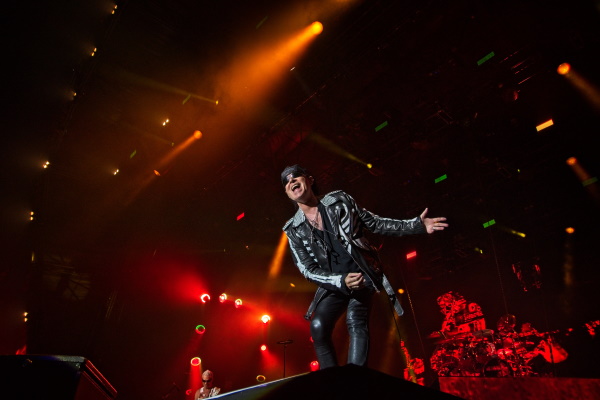 Our day started at the Sophie Lancaster stage. The invitations were distributed yesterday – we were cordially invited to a morning recital, complete with real string quartet. Well that sounded very civilised after the Thrash and Metalcore day we had yesterday, so over to the tent it was, for Resin, a Leicester six-piece, with added strings. 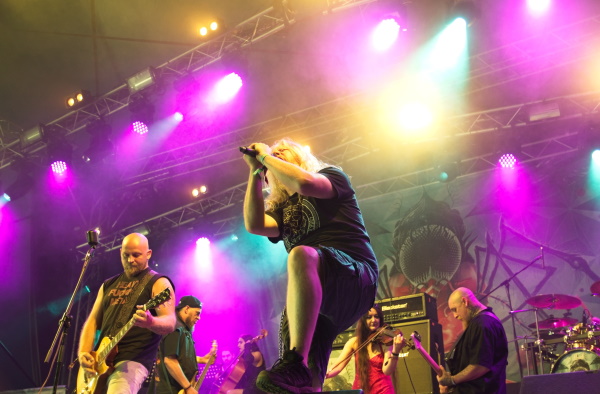 A set with a real vibrancy to it, the hard grunge tones offset by the contrasting melody provided by the strings. With a notable guest appearance from Adi Mayes from Krysthla, there was nothing gentle about the show, a very impressive beginning.

All Hail the Yeti warmed up the Ronnie James Dio stage, with a quality heavy doom-laden slice of noise, then Aborted continued the sonic assault. They didn’t pull in as large a crowd as they deserved though, due to the heavens opening and the torrential rain returning. 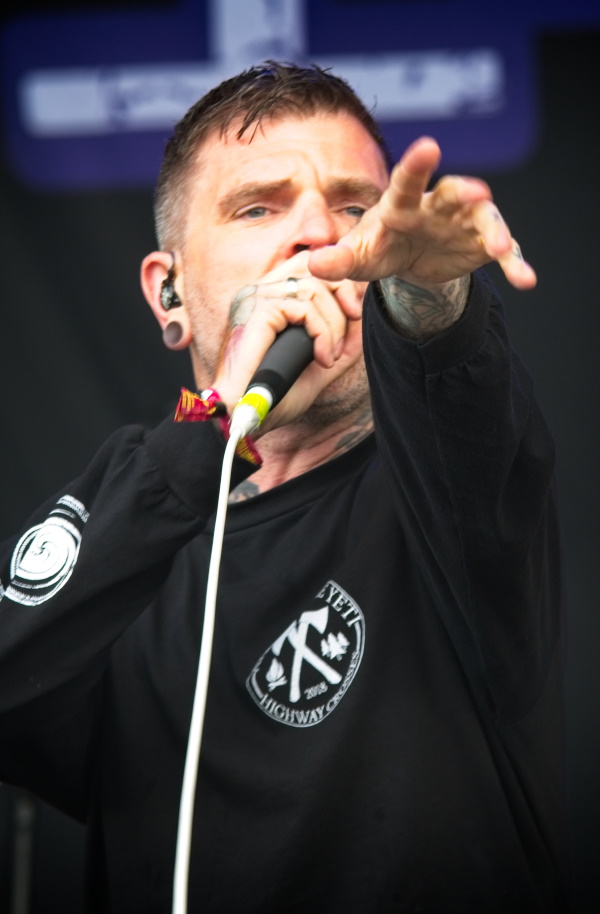 It was touch and go with the weather, but miraculously the sun came out just as Ross The Boss took the stage. Originally the set was billed as “Hail To England”, but that all changed with the announcement that former Judas Priest legend KK Downing would be joining as special guest. It was a triumph and you can check that out in full right here.

More Death Metal followed, this time of the more melodic kind with Soilwork. Their knack for melody is in no doubt, after all Bjorn Strid and David Andersson are also members of The Night Flight Orchestra, so they can certainly carry a good tune, just the ticket here.

The rain has come back, so we are checking out the RAM Gallery. Paul Raymond Gregory’s wonderful bespoke Bloodstock artwork throughout the years is displayed alongside breathtaking guitars and photos, including Peter Sallai’s epic Sabaton covers. There was a chance to snap up the last of Krusher Joule’s limited edition ‘Born Again’ prints too, yet another successful show for the gallery. 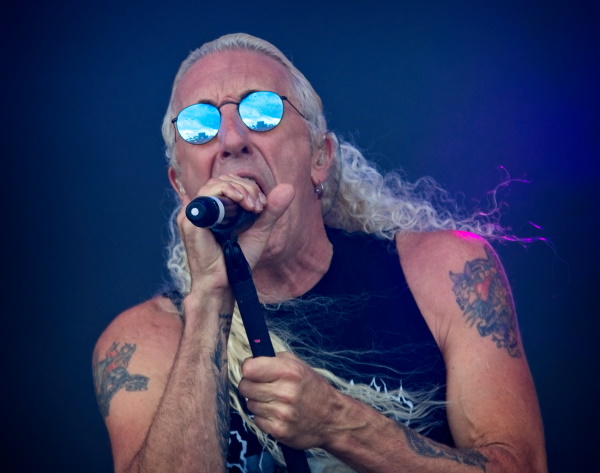 It was left to Dee Snider to blow away the remaining rain clouds away, exhorting the crowd to scream at the last vestiges. It was a Twisted Sister classic set and the packed field were with him every step of the way.

Dee was in good voice and even better humour, and the Metal party atmosphere was back with a bang. Like all good parties noone wants to leave, and the set ran over by about 15 minutes by our count. 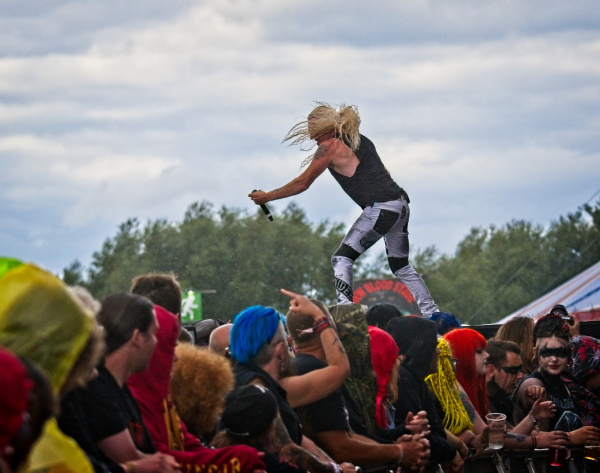 Cradle Of Filth finally took to the stage after a twenty-four hour postponement due the the pause in the main stage because of high winds. Always a hugely popular choice on the bill, and for those who missed them yesterday, the announcement that Saturday wristbands were valid today was a cause of delight.

Dani Filth and co set the stage ablaze with their unique Metal gothic horror, including ‘Heartbreak And Seance’ from latest opus ‘Cryptoriana: The Seductiveness Of Decay’. 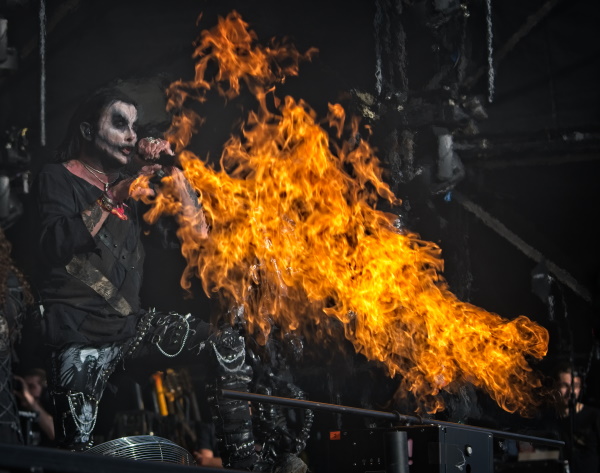 Queensrÿche were moved up the bill from their original slot, following Dimmu Borgir’s withdrawal due to illness, and their set was packed full of quality, proving their iconic status.

The live show is on a par with the glory days of the late 80s, and cuts such as ‘NM156’, ‘Walk In The Shadows’ and ‘Queen Of The Reich’ were powerful and crowd-pleasing. There were a few tech gremlins to battle, at one point Todd La Torre announcing that “everyone knows this song” … followed by silence. Well, we could guess, but it’s a bit of a challenge with nothing to go on. 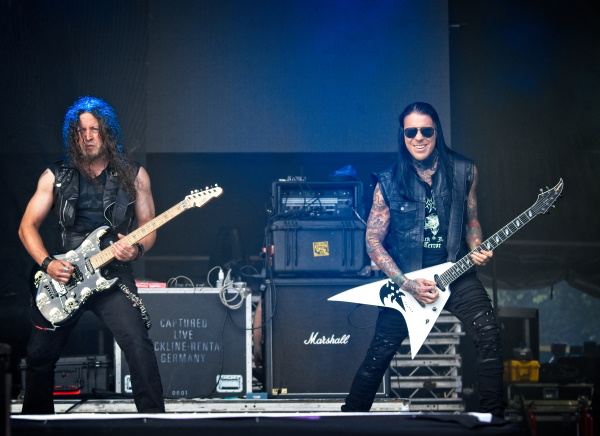 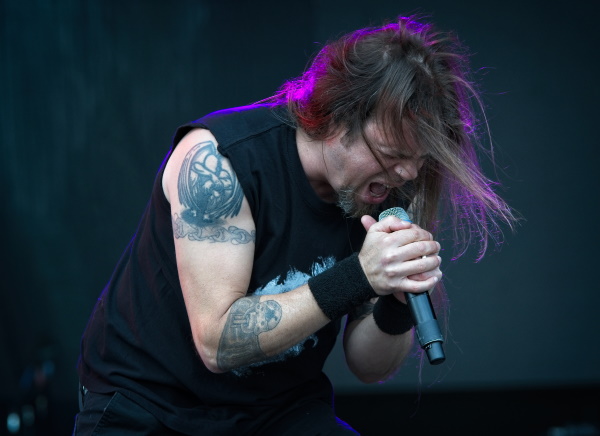 Fortunately the gremlins didn’t stick around for long, the band proved what a monster they are, and a really great time was had by all.

It’s been that sort of day, between the weather conditions and other press duties, we haven’t got round a lot of the smaller stages today which is a pity considering how stuffed with talent they are.

An honourable mention has to go to WomenOwar however, who headlined the Jaegermeister Stage in the most glorious side-splitting parody of Manowar. It’s a complete piss-take but done with style and affection. Hail the new Queens Of Metal.

The Scorpions closed the mainstage with classics and a slick stadium show. They’ve been going for an incredible fifty-three years yet still sound fresh and vibrant, truly timeless. 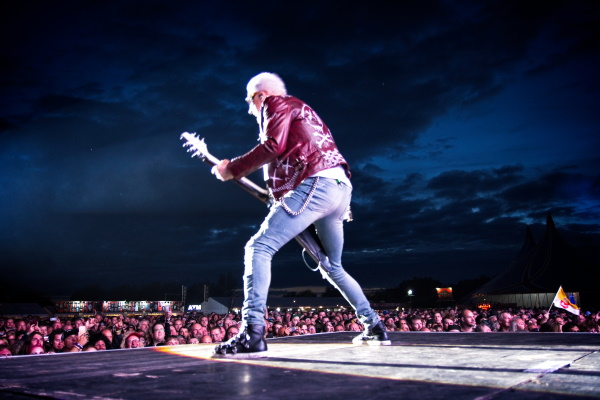 There’s some spectacular colours and lights in the production, framing the band who are showing no sign of flagging. Klaus Meine is singing like someone half his age, and the epic ‘Coast To Coast’ gets everyone swaying. So much of the back catalogue is part of the DNA of any rock and Metal fan, and
Scorpions did indeed rock us like a hurricane. It’s far preferable to the other type of extreme weather we’ve experienced, and ensured that the festival is going out with a bang. 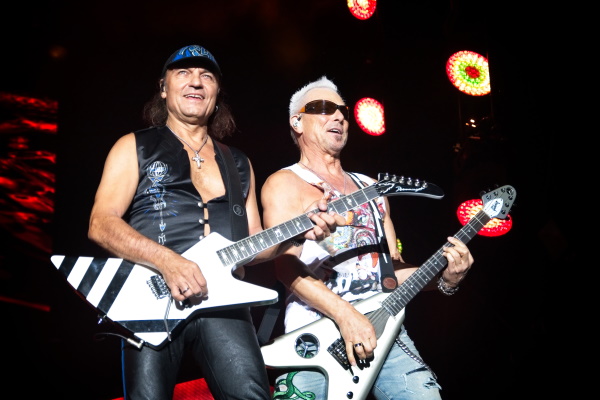 And with that, we can hear the strains of Folk Metal calling from the Sophie stage as Eleuveitie are poised to end the main proceedings in style, so we are heading off. It’s been another legendary Bloodstock, and we are already anticipating a mouth-watering Metal 2020 event. 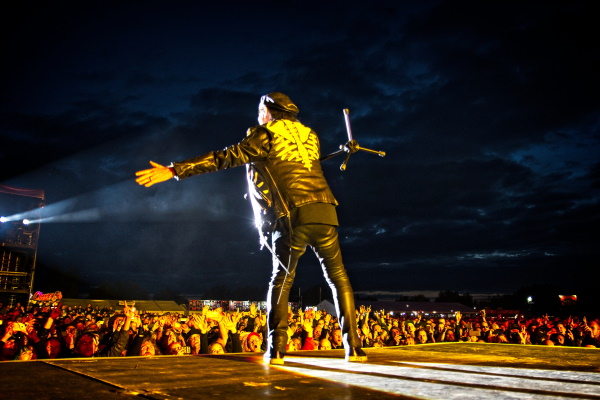