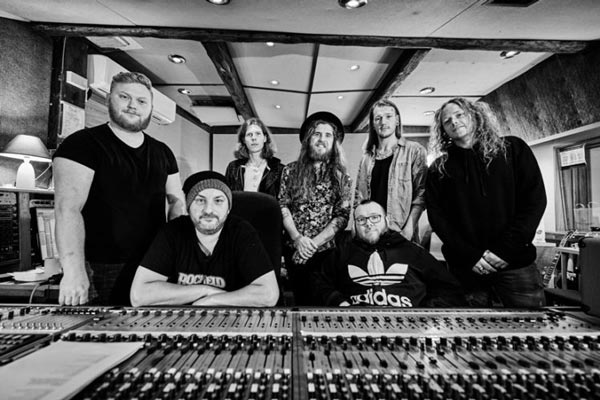 The reality of lockdown and restrictions has well and truly bitten and the despondency from lack of live music and particularly festivals is severe. Thankfully there is some solace in the new releases.

Enter Bad Touch with ‘Kiss The Sky’, the fourth album from the Norfolk-based five piece and it is just the tonic for right now. A heady blend of Classic Rock, evoking the festival spirit. You can smell the damp grass, the beer and warm tents and feel the breeze on your face as the music washes over you.

Stylistically the band’s self-proclaimed influences Led Zeppelin, The Black Crowes, Free and Lynyrd Skynyrd are evident, the sound isn’t wildly original, but the songs are solid, well-crafted and performed with joie de vivre.

The hard graft put in on the circuit with plenty of prestigious appearances at supports and festivals, have moulded the band into a tight unit that knows exactly what they want from their sound. The album also further confirms Marshall Records as a label who have grown a seriously classy roster of artists. 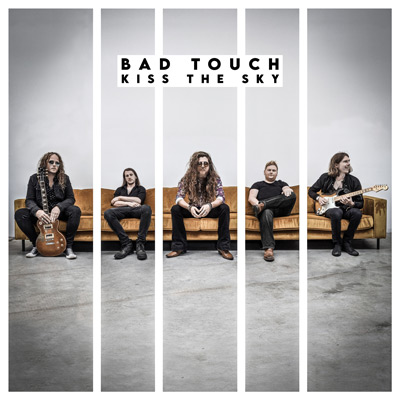 ‘Kiss The Sky’ was recorded at Rockfield Studios in Wales, the venue where plenty of Rock luminaries have gone before, including Queen, Heaven and Hell, Thunder, Arthur Brown and Black Sabbath.

As guitarist Rob Glendinning says, “We chose Rockfield Studios one obviously for its legendary reputation but two because it’s just like being at home. It’s what we know, being in the countryside and where I feel we are all inspired.”

It was a good decision. Songs such as ‘I Get High’, the title track, and especially the rock solid cover of Kiki Dee’s ‘I Got The Music In Me’ ooze groove and joy.

The ballads are hefty too, both musically and lyrically, especially the emotional ‘See You Again’, and the bonus track ‘Something About Your Kiss’ which really shines. You can bask in the easy going Southern roll of ‘Strut’ and revel in the high energy of ‘Before I Die’.

Lead singer Stevie Westwood tells us “Bad Touch live for being on the road. There’s nothing we love more than giving people an escape from the trials of life and playing our brand of feel-good Rock and Roll for the soul.”

We are among the first in line when the live scene starts up again and agree that these songs are bursting to be heard live.

Until then Bad Touch can be proud that they have made a great Rock album that stands up in its own right and is everything you need for a lockdown boogie.

‘Kiss The Sky’ is available on CD, white vinyl and digital download.