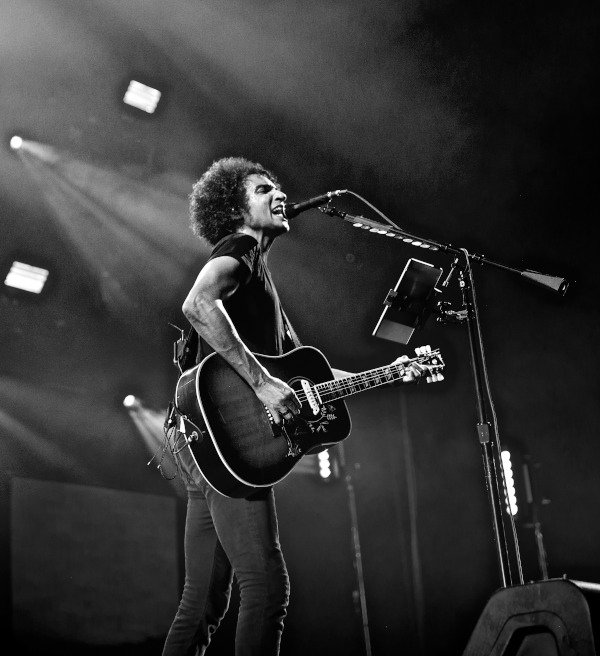 After last year’s insane, sweaty, classics laden gig at Shepherd’s Bush Empire, I was intrigued to see how AiC would warm up Wembley and as sure as a Seattle rain shower, they did the job.


With solid support from trio Black Rebel Motorcycle, as the Chains walked onto stage at a packed Wembley Arena the crowd’s roar was goose bump inducing. Rather than start the show off with an expected hit, they slowly stepped into ‘Bleed The Freak’, a deep cut from 1990s ‘Facelift’.

The guys then went into the sludgy ‘Check My Brain’, the first single from 2009, otherwise known as the beginning of the William DuVall era in which the band made a massive, and potentially unprecedented return following disbanding in the late 90’s and then the tragic passing of original vocalist, Layne Staley. DuVall continues to demonstrate his vocal capabilities. 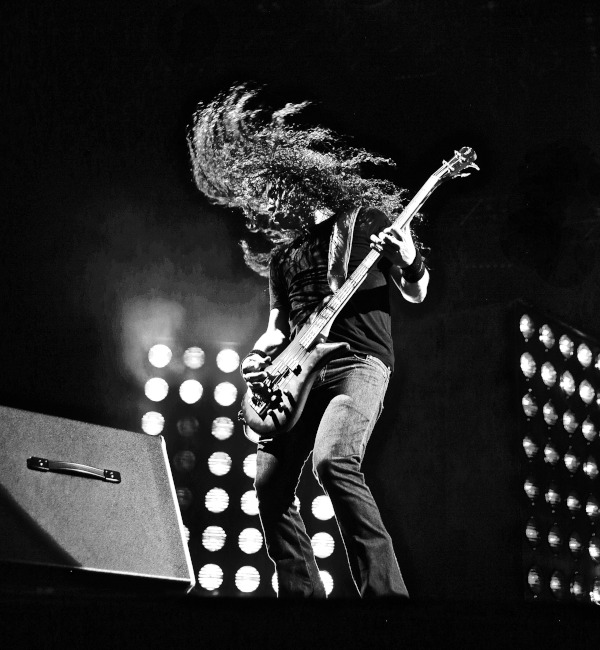 Into ‘Again’, the crowd pulses and the view of this is spectacular – seeing this band that I’ve followed for nearly thirty years is mind blowing and what made this gig even more special was the mix of fans, from kids, to teens to us (ahem) slightly older fans.

‘Never Fade’ follows from their latest most brilliant ‘Rainier Fog’ album. Then it’s a dual vocal trip into some Alice classics – ‘Them Bones’ and ‘Damn The River’.

The band are as tight as ever with a steady foundation from bassist Mike Inez and drummer Sean Kinney, giving DuVall the opportunity to soar vocally and compliment the lead guitar work of one of the most revered guitarists around, Jerry Cantrell (and he’s soooo easy on the eye). 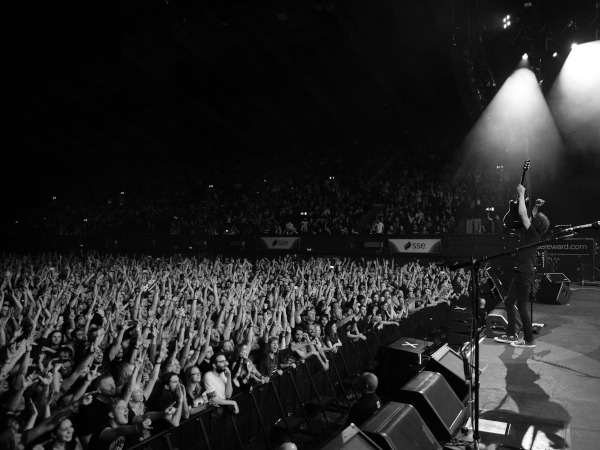 Cantrell writes some of the best guitar solos ever. He plays them flawlessly live while seamlessly weaving his lead lines with DuVall’s impressive rhythm guitar work, making them one of the strongest guitar and vocal duos in rock. ‘Hollow’ follows into a haunting ‘Your Decision’.

Not the most talkative band around, Cantrell steps up to the mic to say: “What the fuck is happening?” The crowd chant the usual “Jerry, Jerry, Jerry,” to which he replies: “I’m Jerry Cantrell and there’s only ever been six of us,” a great nod to Mike Starr and Layne Staley. 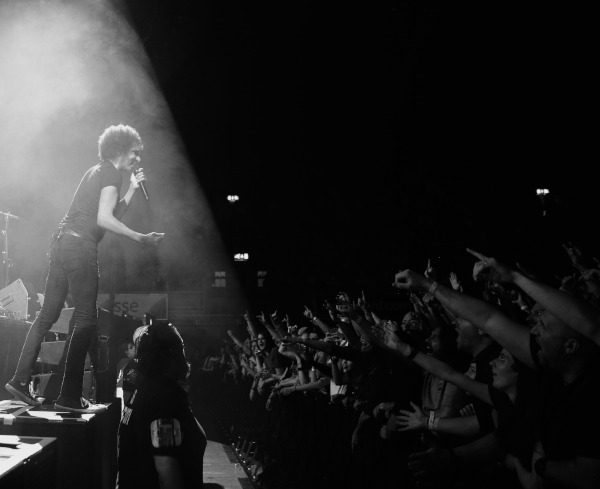 Back slap bang to the now with the latest album’s title track, ‘Rainier Fog’, which is just a sublime piece of songwriting, as is my all time favourite Alice tune, ‘Down In A Hole’. The lyrics still resonate and by jeez that vocal dual is just shivery delicious which goes straight into ‘No Excuses’ before going back to the last album for ‘Stone’ and ‘Rainier Fog’ for ‘Red Giant’.

Then it’s a classic song tour kicking off with ‘We Die Young’, ‘Nutshell’ and ‘Angry Chair’ and then when that Vocodar comes out we know it’s time for ‘Man In The Box’, one of the best songs ever written. By now voices are going and everyone around is singing at the top of their lungs. The band leaves the stage amid cries for encores echo around the arena. 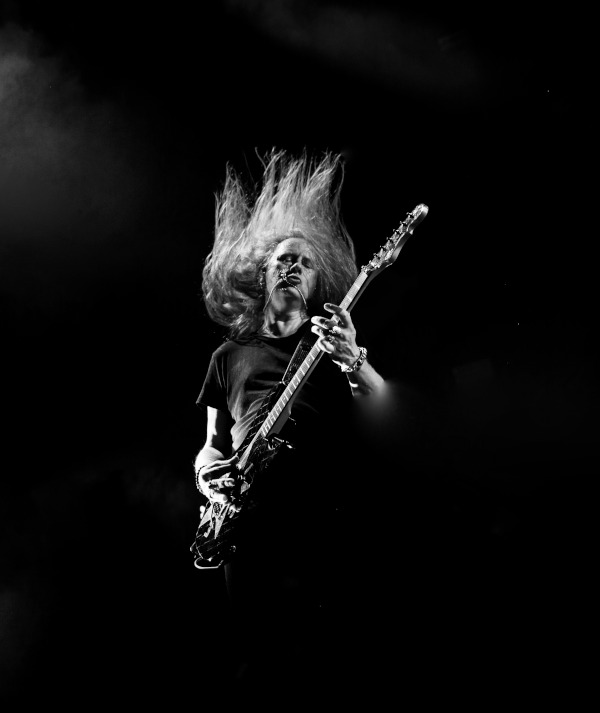 The band respond to the cries and deliver a killer four song encore; ‘The One You Know’, ‘Got Me Wrong’, ‘Would’ and then the most personal JC song, ‘Rooster’, an absolute Alice In Chains anthem.

This was a truly brilliant setlist, featuring the past, present and future of Alice In Chains. Always ending with Mike chomping on a banana. This was business class! 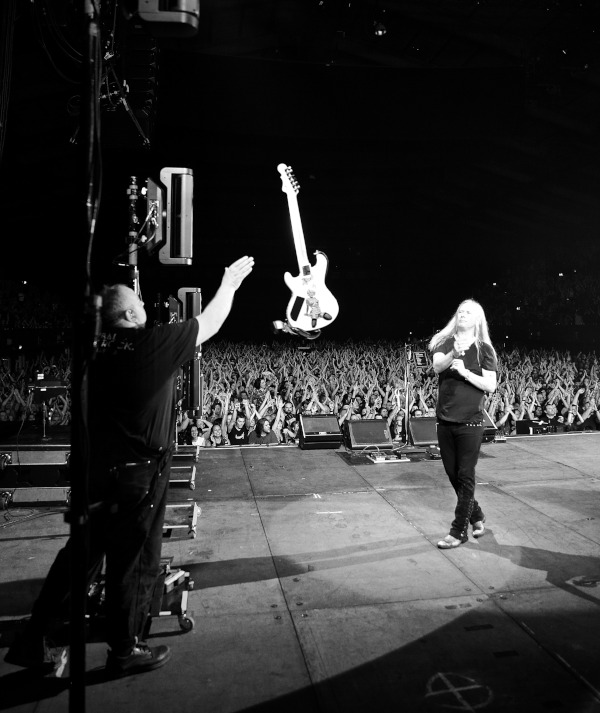 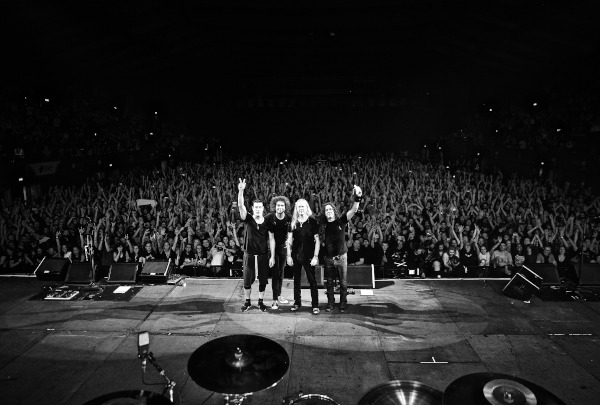 Previous article
GOV’T MULE’S SOUL SHINES ON TYNESIDE
Next article
1. THE FINE ART OF BEING IN THE RIGHT PLACE AT THE RIGHT TIME