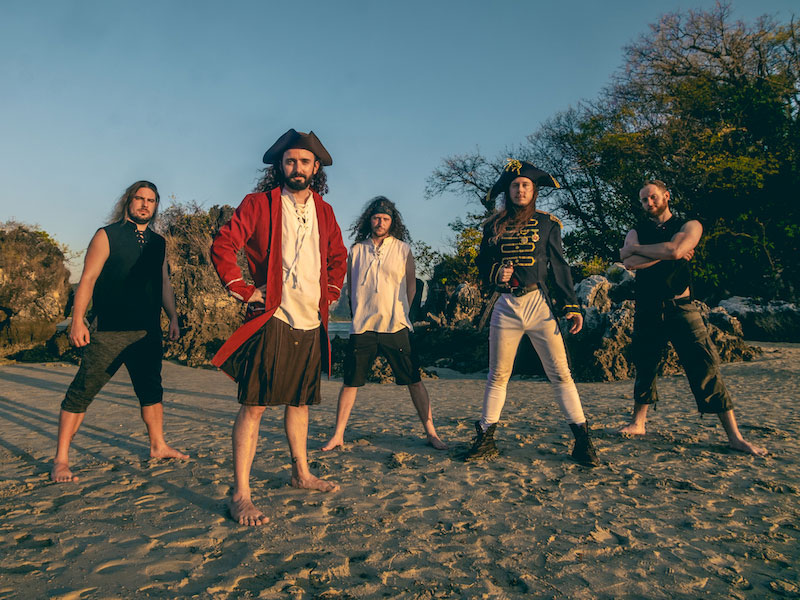 Ahoy you scurvy landlubbers, lock up your daughters, treasure, whisky and rum – Alestorm are setting sail once again with their new voyage – ‘Curse Of The Crystal Coconut’.

According to the band themselves, they do not class themselves as ‘Pirate Metal’. Well, they are telling porkies. As if this is not ‘Pirate Metal’, then I do not know what is.

First up is the self explanatory song ‘Treasure Chest, Party Quest’. Alestorm have their tongues firmly their collective cheeks and this is a perfect example of their humour.

Speaking of humour, next up is the gloriously titled ‘Fannybaws’. If you are Scottish, this track will have you laughing out loud – it certainly had me doing that, and yes, I am Scottish. If you are not Scottish, find a Scottish friend and ask them to translate the lyrics for you. The video for this is a belter as well (see below).

So far, we have had two top ‘Pirate Metal’ songs and ‘Chomp Chomp’ is no different. ‘Tortuga’ is a rap/Pirate Metal crossover. There is a sentence I never thought i would write!

‘Zombies Ate My Pirate Ship’ is self explanatory and has a bit more of the ‘Ppirate’ feel musically, then the Death Metal vocals of keyboard player Elliot Vernon take over from Captain Christopher Bowes and all hell breaks loose.

This is followed by a beautiful vocal from Patty Gurdy, who also plays the hardy gurdy, a traditional folk instrument, throughout the album.

‘Pirate’s Scorn’ is nothing more than a Folk Metal song – albeit a cracking singalong one at that and ‘Shit Boat (No Fans)’ is the short tale of Captain Bowes derision at a rival’s vessel.

‘Pirate Metal Drinking Crew’ is another self explanatory song and is a rabble rousing anthem. 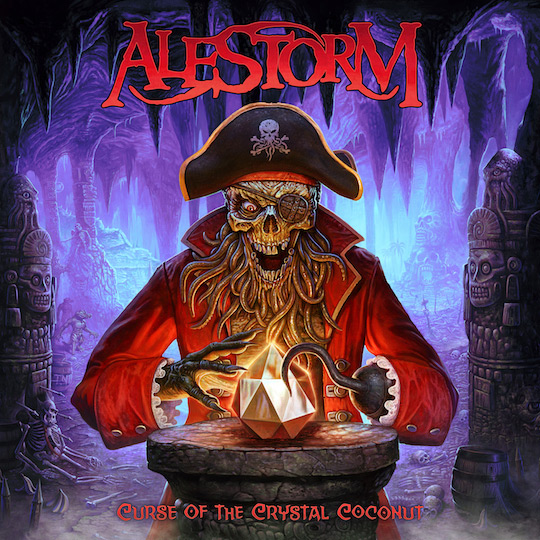 The only misstep on the entire album comes with ‘Wooden Leg Part 2 (The Woodening)’ with its eight minutes plus running time. It becomes a bit repetitive after a while and is at least four minutes too long for my ears.

There are a lot of bands out there that choose to write songs about current events or songs with strong political and social messages. Alestorm are certainly not one of those bands. They are living every kids dream – they are musical pirates, literally.

Ten years and six albums in, you would think that the joke had run its course. Thankfully that is not the case.

Alestorm still have a place in our hearts with their unique brand of humour and ‘Pirate Metal’.

P.S. if you are a fan of the video game Donkey Kong, have a close look at the album cover artwork!