Album Of The Week / With Diamonds, Cats In Space beat George Lucas hands down

Ah, best-of compilations, what a mixed bag you are. This new 14 track CD (and 11 track clear vinyl LP) containing the cream of the Cats In Space catalogue sees Greg Hart get in touch with his inner George Lucas and make the decision to tinker with the original material, a strategy that the band admits is risky. Did the risk pay off? Oh yes.

Re-recording for a new release is not a new thing at all, so many have gone down this path before – Twisted Sister, Testament, Kate Bush, Joni Mitchell, Sparks, Girlschool, ELO, Marillion and so on. It’s done for a variety of reasons – vanity, contractual, licensing, lack of new material, to kick-start creativity, all sorts really.

However, there is a very good and specific reason for this one to showcase the talents of latest vocalist Damien Edwards. So far, we’ve heard his stupendous pipes on last year’s magnificent album Atlantis, which instilled confidence that he could handle the back catalogue well in a live setting, and this compilation blasts any shadow of doubt right out of the water. 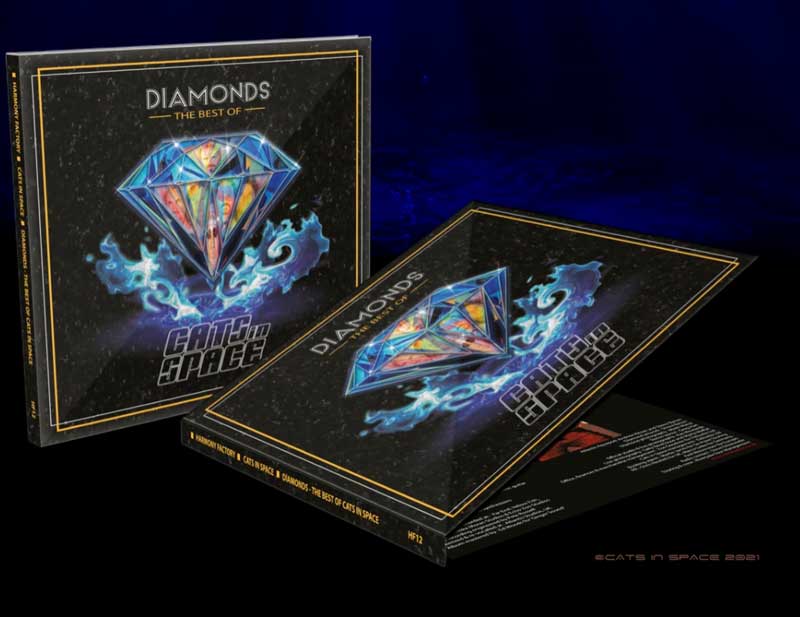 The re-vocaled tracks are all from the first three studio albums, and therefore it’s a straight like for like comparison between Edwards and Paul Manzi. The CD also contains three tracks from Atlantis, and there’s a real bonus with the live version of Greatest Story Never Told, taken from the live stream concert recorded in 2020 at KK’s Steel Mill in Wolverhampton.

Listened from start to finish, it’s an exhilarating ride, a riot of sound and groove, a platform that perfectly displays the pedigree.

The tracks represented are a good mix, from the upbeat to the ballads to the epic. A best-of is always going to be a subjective topic, but this selection is not bad at all, especially as the albums are known for not containing filler tracks.

As far as the variances to the originals go, the difference in vocalisation is striking for being just that – different. Not better, not worse, equally as good, and with its own unique style. It’s all very reassuring.

Spotting the difference in the re-mixed tracks is less easy, however. Take Two Fifty-Nine, from Scarecrow, the perfect package of pop, which manages to both lampoon the industry and sum it up perfectly. There’s a beefing up of the backing vocals, which is a real enhancement.

Or there’s the blockbusting Thunder In The Night. It has an extended intro, and does that roll of thunder at the two and half minute mark sound even more ominous?

It’s all still very familiar overall, though – a slight change of levels here, smoothing out there, it’s so subtle, you could drive yourself insane trying to spot the differences such as obsessing on a degree of difference in the oscillation of the Moog on Mr Heartache. There are plenty of worse ways to pass the time, though.

My best advice is to simply put the album on and immerse yourself in the glam rock layers and the sheer joy of the top class multi-layered melodic rock. There’s a considerable amount of anticipation of what is to come – the band are not erasing the past but anchoring their foundations as they set sail towards new territories. These are not replacements. If people prefer the originals, they are all still there to be listened to.

Ultimately there’s not a song on here that I would switch out for the alternative or be disappointed to find it was one version over the other.

And this is where Cats In Space beat George Lucas hands down – it’s just the right amount of tinkering.

Diamonds is going to enhance the catalogue for the existing fans and is a perfect diving in spot for the new, with those going on to discover the previous albums well set up for further delights.

Diamonds is released on 10 September 2021 as an 11 track clear vinyl LP and 14 track CD which can be pre-ordered from webstore.catsinspace.co.uk

Interview / With Molotov Rocktail, Bokassa smash third album syndrome out of the park

Album Of The Week / With Diamonds, Cats In Space beat George Lucas hands down 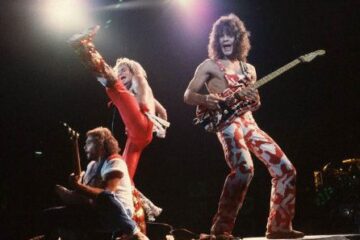