Self-described as “Death Western”, Spiritworld have released their debut album, Pagan Rhythms. The apocalyptic view the band have shared is backed by heavy, uncompromising music, proving that real Metal is far from dead in 2021

Wiping the woes of middle age, Pagan Rhythms is just a thing of hard and heavy beauty. Remember when Anton Ego ate a version of ratatouille, a dish created by Remy in the film Ratatouille, which caused him to remember his youth fondly? Well, the three-minute wonder-track that is Night Terrors, took me back to October 1986 and the release of Reign In Blood.

We had yet to devour Anthrax’s Among the Living, and Donington with W.A.S.P, Metallica, Anthrax, Cinderella, Dio and, erm, Bon Jovi, was an event on our horizons. Slayers’ third album was released when things were much simpler; we were much younger, carefree, and had more hair. The wow moment when we first heard Angel Of Death was life-changing, music-wise, and Pagan Rhythms and its metallic hardcore seems kind of life-changing again, some 35 years on. 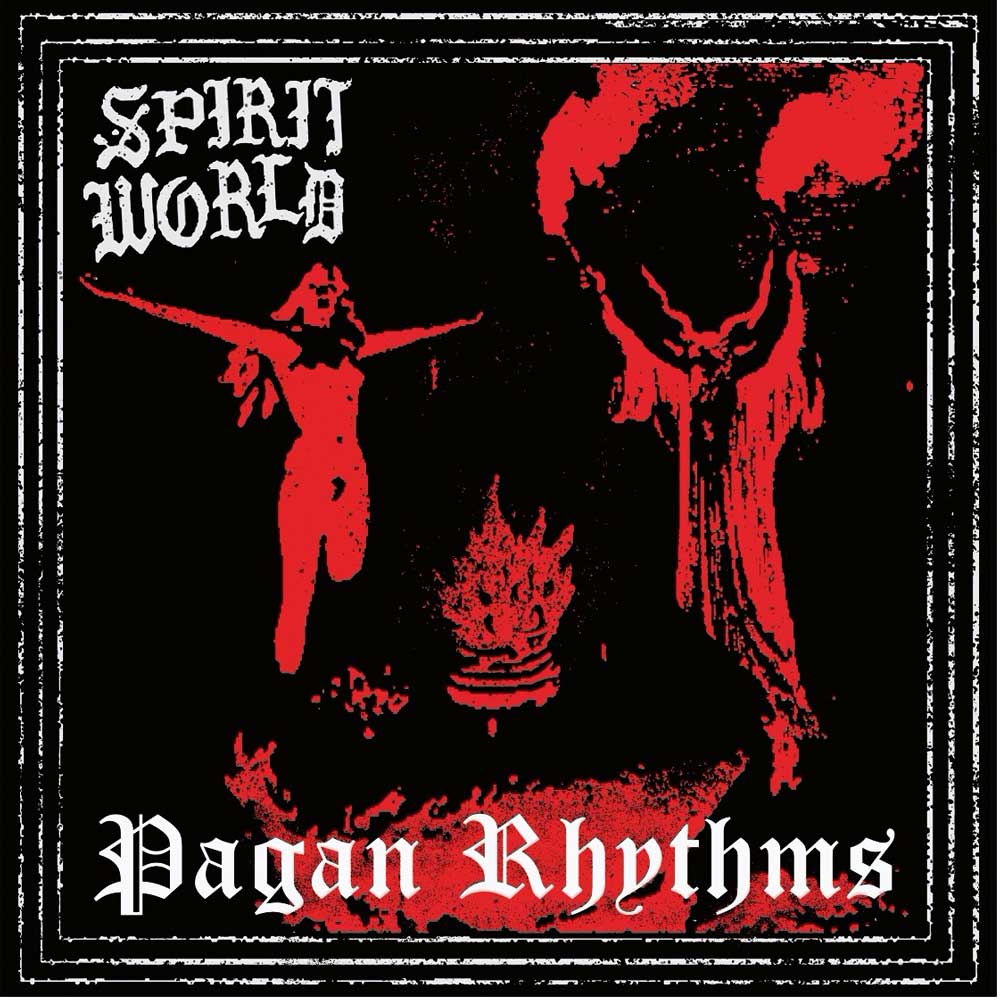 “Spiritworld is sonic world-building in the boldest way,” Mike Gitter, Century Media Vice President of A&R said, as the band recently signed to the label. “It’s a vision of the American West as somewhere south of heaven, full of dust, dirt and blood.”

Pagan Rhythms was self-released by Spiritworld in 2020, but the push of Century Media has ensured that the album will now have a far wider reach.

The Bringer Of Light, the second track in, is an excellent example of the energetic riffing the band do so well. “The film for The Bringer Of Light has been a long time in the making,” Stu Folsom said. “The director, Todd Hailstone, and I met in high school. He roadied on my first band’s first tour, and we lived together at the infamous Hammer Lane junkyard squat when we were young, dirt poor, and wild as fuck.

“It was incredible to reconnect artistically after all these years and hand the reins over to someone that I have spent hours punishing with my plans for the fiction and film sides of the SpiritWorld project.

“I asked Todd to come up with a treatment that would introduce the world to the characters of Godlessness and Pagan Rhythms on a budget that should barely cover another tired ‘band in warehouse headbanging’ video.

“He was able to completely nail the John-Ford-meets-70s-horror vibe anyway! I am so thankful to all of the talented actors and crew that helped create this video, it turned out super cool, and I can’t wait for people to check it out.”

Night Terrors, a fantastic riff-based vibrant in your face track, has Stu Folsom singing, “witness the end of the world through hate-filled eyes, annihilate the cross, fuck your Christ.”

The interlude between The Demon Storm, and Armageddon Honkytonk & Saloon, is full of a western vibe, until the continually down tuning of the guitar is a warning to the lyric which will follow in the latter track: “I made her watch while I cut off his manhood, rolled a smoke and made him eat it alive. Flipped her two bits and stepped in the night. They never should have left me alive.”

“It’s about trying to write killer songs and craft a classic record,” says Stu Folsom. “With Pagan Rhythms, I set out to distill my love of thrash, old school Death Metal, and hardcore into something new that would hit like a tomahawk right in the face.

“When I first started telling people about this idea, I had to merge Western imagery, horror fiction and Heavy Metal into an all-out sonic assault. It seemed ridiculous, but I truly believe that if you make great records, people are a lot more willing to embrace your weirdness and come along for the ride.”

Brutally intense, wonderfully produced, the blend of hardcore and Metal is immense on Pagan Rhythms. And Spiritworld do promise the most ferociously revitalising ride. Join it.