Since their video for the song Pisces from the 2016 King of Everything opus exploded across the internet, it seems like the whole world knows about Jinjer. From the literally jaw-dropping vocal process of Tatiana Shmailyuk to the incredible musicianship of Roman Ibramkhalilov, Eugene Abdukhanov and Vladislav Ulasevich, the track put them on the map in ways they couldn’t have dreamt.

This, though, of course, was only just scratching the surface, the band having started in 2009, with three studio albums, three EPs and a live album already under their belts, it’s been fascinating to see how they’ve developed.

Without a doubt, the new release Wallflowers is their heaviest and most fully realised album yet. 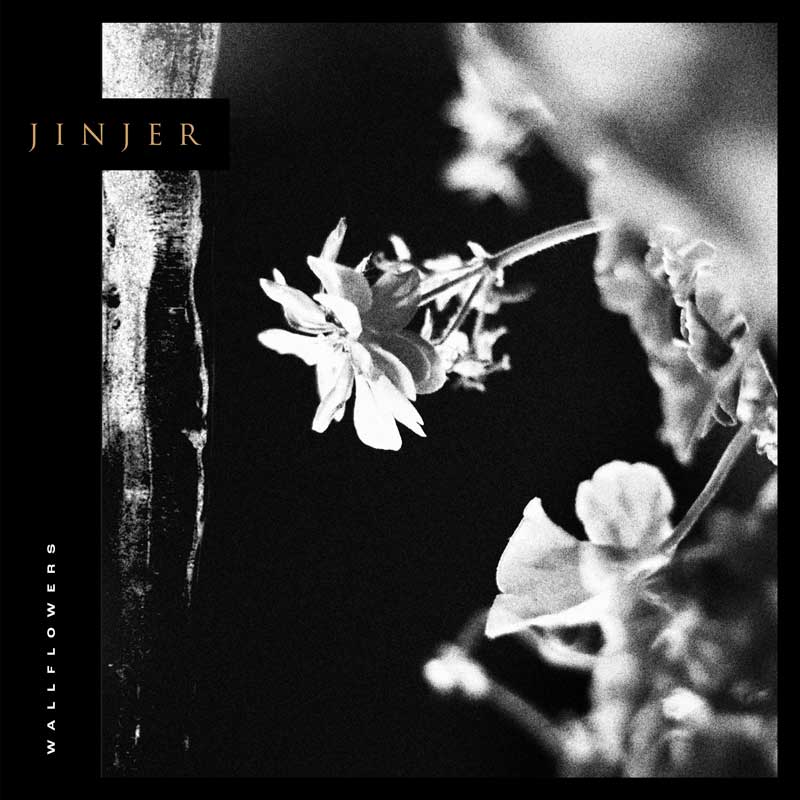 Opener Call Me A Symbol sets the tone for all that follows, a rolling and titanic start that sees Shmailyuk eschew her sweet, pure vocal side for the full feral growls that have made so many sit up and take notice. As always, the musical dexterity shown by her three bandmates is equally as inspiring, their metalcore sound shot through with the sort of virtuoso playing that would impress even the most hardened of jazz fans as it swirls and changes direction.

Adding a deep groove into the mix to show off their funk and soul influences, second track Colossus is aptly named and brings to mind a heavy cross between Stanley Clarke and Pantera, this time with both ends of the singer’s range adding light and shade.

Recent single Vortex is another huge monster, its great melody and spiky power drawing you into its cataclysmic black hole where every last minute has the power to end your life on an unsettling thrill ride.

There are more ventures into dark territory in the helter-skelter Disclosure, Shmailyuk’s cry of “don’t bother me!” a stark window into madness and barely controlled aggression.

Somehow, through their eclectic range of influences and their hard-fought for and far from easy genesis as a band, Jinjer have a singular voice that marks them out as leaders, much in the same way as acts like System Of A Down cut their own paths into the hearts and minds of countless thousands around the globe seeking something a little bit ‘different’.

Like the Armenians have achieved, it wouldn’t be too much of a stretch to think of the band headlining festivals such as Download in the future, such is their focus.

Intelligent without being to archly and overly ‘clever’ for the sake of it, Copycat sees the guitar of Ibramkhalilov skittering and tearing, hitting peaks and troughs and the pinpoint start/stop swing of Abdukhanov’s bass and the drumming of Ulasevich taking things to another level entirely, the arrangement righteously dizzying.

Once more, Pearls And Swine highlights just what a lush tone Shmailyuk has, her vocals wrapping you in their gossamer wings, the subtle little nuances in her phrasing picking out undiscovered hues before sweeping you away as she switches to her earthy growls.

Similarly, Wallflower brings into play both vocals and instrumentation that have the lightest of touch, things of beauty that are the aural equivalent of butterflies landing on your skin. The explosion of power is an even starker contrast when it comes due to this, but it never feels forced or cliched, more a natural progression, and as quickly as this blunt intrusion comes into the fugue-like state, it’s gone.

As I Boil Ice rolls and lurches, full of scything guitars and loping drums and bass, Jinjer once again nailing this fragile tension between out and out maelstrom and subtleties that skewer the material, raising it very much out of the ordinary. It’s an exhilarating ride, and by the time you get to the album’s final track, you wonder just what’s left in the tank to push them over the finishing line.

The answer to that is in the incendiary form of Mediator, the SoaD frenetic rush of Chop Suey matched with its dynamic twists and turns in an explosion of colours and shards of light that are guaranteed to dazzle. It’s a ferociously kaleidoscopic way to finish and one that cements their reputation as one of the most highly charged forces in modern Metal.

It’s genuinely all here; the material, production and performances coming together in one perfectly formed and gigantic whole.

Whilst their profile has been inexorably rising over the past few years, you get the distinct feeling that Wallflowers will see Jinjer suddenly reach stratospheric heights and that this will do for the Ukranian quartet what the Black album did for Metallica.

Not just a ‘good’ or a ‘great’ album, this may well be the best thing you hear all year and is destined to be a benchmark in Metal for many years to come. 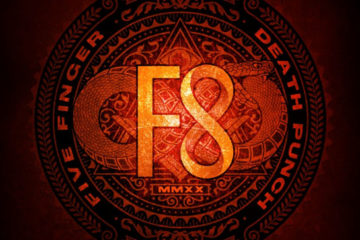