Ace, the Sanctum Hotel’s life-sized gorilla statue, has been stolen from it’s Warwick Street, Soho, London roof terrace.​
The sculpture is worth more than £20,000, is six feet tall, weighs 160kg and had been at the Sanctum since 2013.

The London Evening Standard are reporting that two men dressed in hard hats and hi-vis jackets were allegedly seen unscrewing Ace from his rooftop lookout over the hot tub at about 9.00am on Saturday 5th November.

When challenged, one of the men laughed and told the hotel’s florist: “We’re removing this for my garden.”

Builders in a neighbouring building are then alleged to have unwittingly aided the thieves, who pretended to be doing work for the Karma Sanctum.

Sanctum CEO Mark Fuller told The Standard the builders offered to help get the fibreglass statue through their site. “They allowed them access to the stairs but the two guys couldn’t physically get it down themselves so two or three builders offered them a hand. They were very embarrassed after. They carried it down the internal stairs as a favour.”

Witnesses said the thieves left the statue in Warwick Street until a white van pulled up outside the HQ of Sony Records and drove away with it. The heist took less than an hour. 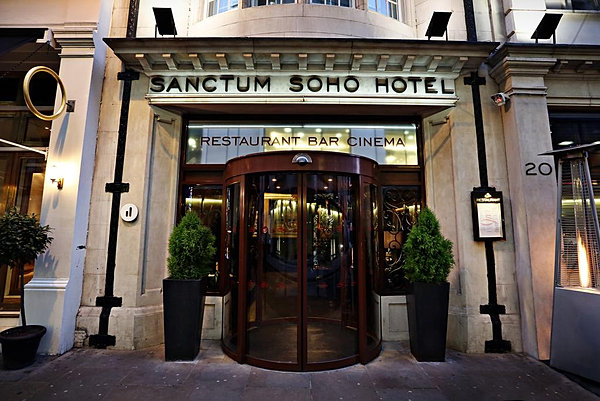 Mr Fuller said: “It’s a unique piece of art. We want him back where he belongs – keeping an eye on the people in the hot tub.

“We are completely perplexed at how they’ve managed it. It’s a 6ft gorilla, – o will have taken some careful manoeuvring to get it out of the building.”

A builder working on an office block next door but one said he saw the gorilla being carried down to the street and told The Standard: “It was huge, bigger than me. Two guys I didn’t recognise were in charge – it looked very heavy. It was strange to see but there is so much work to do. I saw it on the street and then it was gone.”

A site manager said: “Builders are very helpful people. All the guys here help everyone out. It’s not the first time someone got in a hi-vis to steal and people believed them.

“There’s so many things going in and out of the building you just don’t think they might be stealing it. It’s brazen.”

A spokesman for the Metropolitan Police said they had received an allegation of theft and inquiries were continuing.