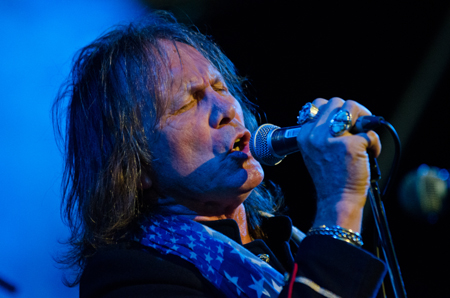 Much conversation and anticipation was focused on a certain reunion at this year’s Cambridge Rock with none other than prog rock legends Atomic Rooster scheduled to take to the main stage on the second day.

Rooster were one of the seminal British prog rock bands of the 70s with much of their success, appeal and writing being attributed to Hammond Organ maestro Vincent Crane. Originally playing with The Crazy World Of Arthur Brown on huge hit ‘Fire’ with Carl Palmer, Vincent would soon leave Brown and put together Rooster.

The band had 18 subsequent line-up changes and Crane was the only constant member so his sad passing in 1989 basically marked the end of the band… or did it?

Peter French joined for the third album, 1971s ‘In Hearing Of Atomic Rooster’ and Steve Bolton joined the tour to promote it and played on the fourth album, 1972s ‘Made In England’.

With the blessing of Vincent’s widow Jean, vocalist French and guitarist Bolton were approached to put the band back together, a daunting task without Crane himself present and with a very small pool of players out there on the scene in the classical/R&B style, finding a replacement looked almost impossible, however, along with the addition of a bassist and new drummer to the line-up, the impossible has been achieved.

Alongside French and Bolton are new boys Bo Walsh on drums, Shug Millige on bass duties (a first since 1983) and Hammond organ player Christian Madden whose work with The Animals and psychedelic band The Earlies is of note. 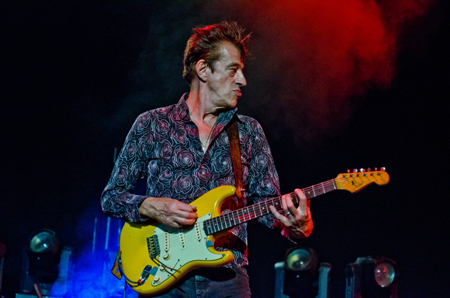 With this being Rooster’s first reformation and festival performance in over 35-years and French and Bolton’s first time onstage doing Rooster songs in 45-years, this was certainly set to be an interesting and provoking performance.

Opening with the ironically titled ‘Sleeping For Years’, initial sound problems with Christian were quickly overcome and the blazing sound of the Crumar Mojo (Hammond clone) blazed through the PA to the large crowd’s approval. Setting the pace for the evening, the boys quickly locked into each others groove.

With only two performances together and three rehearsals this was playing on the wire at its finest. With intricate time signature changes, runs, stops and neo classical solos, Madden had his work cut out for him on organ. Along with comping piano with his left hand, the focus from him was a wonder to watch.

Pete French, the elder statesman and consummate professional that he is, engaged with the audience and dryly informed them of the history of the band whilst Bolton chipped in humourously with anecdotes about the past. 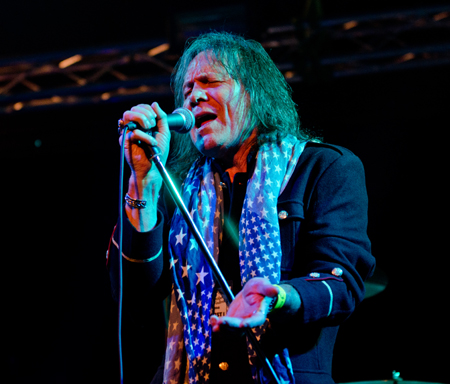 There was a feeling of wonderment and incredible excitement actually hearing these songs live and to be witness to this felt special. Songs such as ‘Death Walks Behind You’ and ‘Tomorrow Night’ still have the same appeal and relevance as they did over 40-years ago and French and Bolton still effortlessly carry them off and with the new recruits onboard we are seeing Rooster at a very high level musically.

Bo Walsh later spoke of how he remembers the artwork from the Rooster albums and the impact hearing the songs for the first time had while Madden, a self obsessed prog junkie whose influences extend from his favourite band Gentle Giant, Curved Air and ELP to the jazz fusion greats such as Chick Corea and more recently Cory Henry expressed his undying love for Rooster and how pleased he is to have the gig. 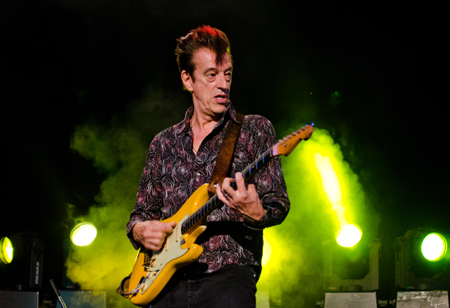 French and Bolton have brought back to life an amazing back catalogue of music. Standout tracks tonight included ‘Tomorrow Night’, ‘Black Snake’, ‘Save Me’, ‘Devil’s Answer’, ‘Death Walks Behind You’ and ‘Breakthrough’.

With talk of further dates and a new album, Atomic Rooster could well be around for a while and judging by their gut bursting, fist pumping performance at Cambridge Rock, so they should be.

GETAWAY FESTIVAL RUNS INTO SCANDAL. JOEY DEMAIO FLYING TO SWEDEN TO SORT IT. “NOBODY FUCKS WITH OUR FANS!”