Original Kiss guitarist Paul “Ace'” Frehley, aka Spaceman, has found critical acclaim with his solo career and this album, his seventh full studio set, returns to his roots, covering some classic tracks. OK, yes, it’s a covers album, but it’s a bloody good one at that, featuring some notable guests, including Slash and Kiss’s Paul Stanley.

Frehley found fame in the early 70s, joining Kiss as their original lead guitarist, and occasional uncredited rhythm guitarist and bassist. Throughout the 70s, the fully make-up laden Kiss ruled the world, releasing a number of classic albums, live sets, and even a coordinated set of 4 solo albums in 1978.

Tracks like ‘Cold Gin’, ‘Rock Bottom’, ‘Flaming Youth’, ‘Shock Me’, ‘Rocket Ride’, ‘Hard Times’, ‘Talk To Me’ and ‘Torpedo Girl’ were all written or co-written by Frehley, while albums like ‘Love Gun’, ‘Rock’n’Roll Over’ and their eponymous debut took the band around the world and beyond.

He went solo in the early 80s, after the underrated ‘Music From The Elder’ set, and formed Frehley’s Comet. The solo work immediately attracted attention and his late 80s one-off show at the Hammersmith Odeon went down a storm, one of my earliest and favourite ever gigs.

1989’s ‘Trouble Walkin” featured a cover of Kiss’s ‘Hide Your Heart’ and highlighted just how much better his solo work was than anything Kiss have done without him. And it still is.

Frehley joined in a Kiss reunion, back in the make-up, for some successful shows, and an acoustic album. The studio album ‘Psycho Circus’, however, highlighted the farce Kiss had become with Frehley’s and (drummer) Peter Criss’s contribution minimal.

The solo work continued and 2014’s excellent ‘Space Invader’ was one of my albums of the year.

This set opens with Cream’s ‘White Room’, a bright blistering crash opening. There’s a modern fresh feel, and the change of feeling in the vocal’s during the song match Jack Bruce’s original well. The guitar solo shreds wonderfully, a really enjoyable track.

It’s then time for some rock n’roll in the Stones’ ‘Street Fighting Man’. Frehley really has his own stamp on this one, it’s so much cleaner and clearer than the original, which lessens the rock n’roll but it is a good blend, a solid Metal track. 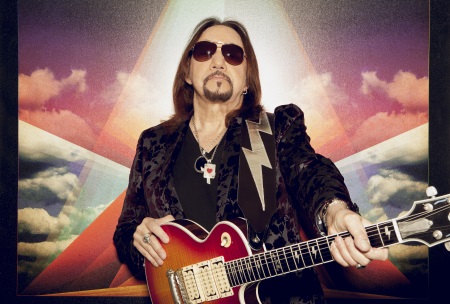 ‘Spanish Castle Magic’, featuring John 5, is a good Hendrix track, and a breath of fresh air compared to the more obvious tracks that are covered far too often. Again it’s clean and clear which takes it a step or two away from the original. The drums and bass are suitably noisy here.

There’s some serious blues and rock n’roll in the Dixon/Zeppelin number ‘Bring It On Home’ with blistering guitar over the simple blues rhythms, before the crash bang wallop comes in. Much as I love Frehley’s vocals, a track like this really does need Robert Plant.

Up next is the Troggs ‘Wild Thing’, featuring Lita Ford. Some good guitar work, but while Ford does the rock stuff well, the softer/sleazier side lacks a little feeling, making this one of the more ordinary tracks. Not that it’s bad, it does rock, but just in comparison. 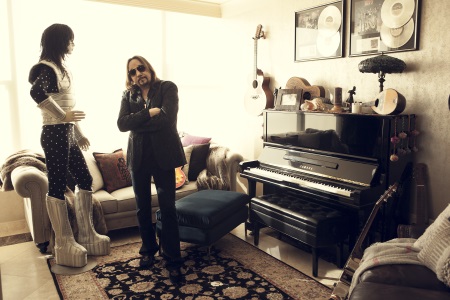 The Kiss track ‘Parasite’ gets a good workout, much heavier than the original too. Likewise ‘Cold Gin’ and ‘Rock And Roll Hell’. Mention Steppenwolf and everyone thinks ‘Born To Be Wild’, but here we get ‘Magic Carpet Ride’, from their second album, and a very fine version it is too, one I’d go back to.

Overall this is a lovely album. Some of these covers really work well, and would love to see a couple of them peppered through a regular live set. Not sure how much mileage there is in a covers album but it does make for very enjoyable listening, so if you like solid classic American Metal, or Kiss, go buy.

BREAKING NEWS: ALL GERMAN EVENTS WILL NOT TAKE PLACE BEFORE SEPTEMBER