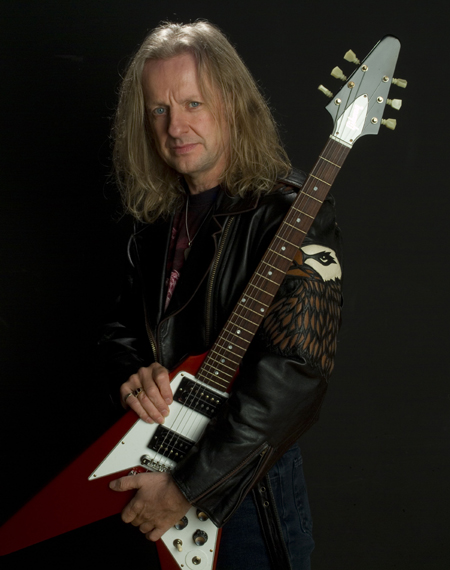 Legendary Judas Priest guitarist KK Downing departed the iconic Brummie Metallers in April 2011 and has been focusing on non-musical activities since then, but now he’s back in action on the brand new video from Hostile, premiered this evening on MetalTalk.

KK produced both of Hostile’s albums so far, ‘Eve Of Destruction’ from 2013 and this year’s ‘New World Disorder’ (reviewed here), and also co-wrote the song ‘Addiction’ with the band, the first time KK had ever released anything outside of Judas Priest.

Here’s the video for ‘Freedom Act’, premiering this evening on MetalTalk.

Hostile’s latest European Tour, The European Disorder Tour 2016, is to begin on 6th October in Naples, Italy. Here’s all the dates right here.

KK spoke to MetalTalk in February 2014, his first in-depth career perspective interview since leaving Priest and you can watch the full three part conversation right here.

KK revealed in a recent interview with Blast Echo three instances where he would reunite with his former band. The first would be if Priest were to be inducted into the Rock and Roll Hall of Fame.

“I’d be fine with that,” he says, adding that he would make the trip to attend.

When asked about any additional touring, KK stated:

“Obviously they have Richie [Faulkner] there. Maiden has done the three guitar player, but I don’t think there’s room for an extra guitar player in Priest. Priest has always been a two-guitar band so I can’t see that working. We’ll have to see what happens next.”

And surprisingly, there is another instance in which he might return and that would be for a Black Sabbath/Iron Maiden/Judas Priest tour.

“It would be something I would have to be a part of. Only because I’d like to see the greatest Heavy Metal tour happen because it’s never happened. And it’s never gonna happen. Unfortunately, that chapter of history won’t be there forever, which is kind of sad.”

Black Sabbath play their last ever gig in Birmingham in February. It’s unlikely that KK has played his.

It's A Big Folk You To The Unbelievers At The Underworld 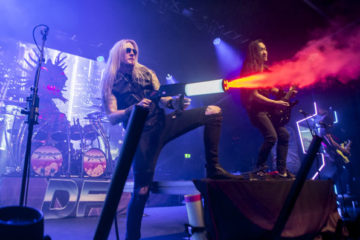