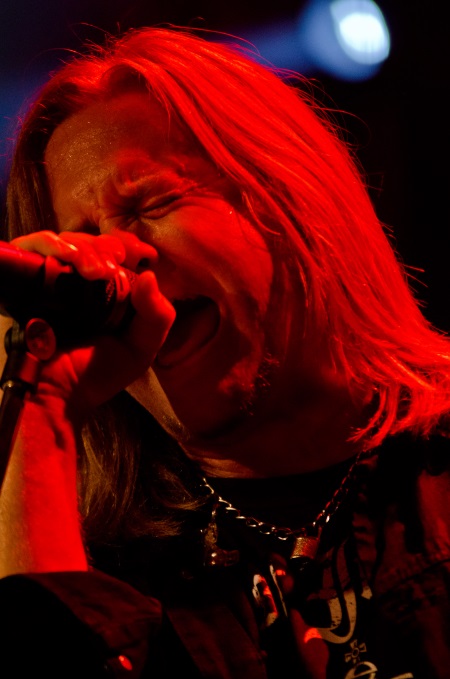 Tonight’s co-headliner was a real dream billing, a match made in heaven. I was so excited on my way to hear this double helping of top class hard rock that I almost started thumping the arm of the stranger sitting next to me on the train.

Of course, anticipation like this is not always helpful, it can set you up for a colossal anticlimactic fall, but it’s a risk I’m prepared to take, preferring to go through life with as few filters as possible. 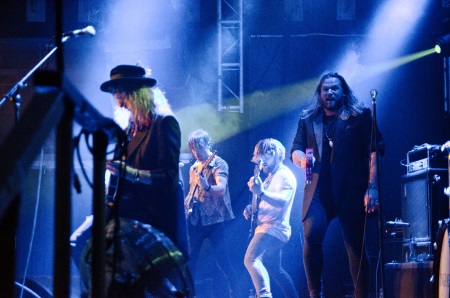 Inglorious took to the stage after a short but encouraging set from Wild Lies, the band of Iron Maiden guitarist Adrian Smith’s son Dylan and the bassist states: “We wanted to create music that’s timeless and not just disposable,” and they have most definitely done that as the worthy reception they received as Dad watched from the back proved. Much more on Wild Lies on MetalTalk in the coming weeks.

Inglorious burst straight into the intro jam and ‘Until I Die’, bringing the audience with them right from the start. With a Rainbow and a Whitesnake cover, eight tracks from the self-titled debut album and a brand-new song, this set was full of energy and synergy from a band whose chemistry together is something special. It’s Nathan James and his amazing voice that is to the forefront, excelling on both high-octane screams and stirring bluey tones, but this is one hell of a talented and cohesive band. 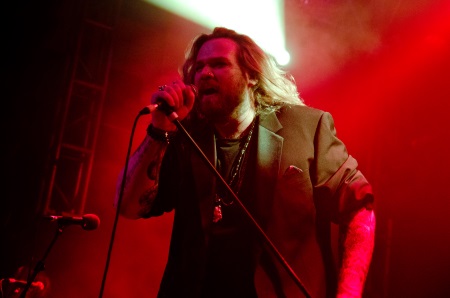 There was an interlude to showcase the rhythm section of Phil Beaver on the drums and Colin Parkinson on the bass which showed just how strong the beating heart of this band is, while guitarists Wil Taylor and Andreas Eriksson (sporting a jaunty feather in his hat tonight) provided light and shade and some hellishly good riffs.

Following in the footsteps of Iron Maiden and Motörhead, with a band, album and track all of the same name, it was a treat to hear ‘Inglorious’ with the rich harmonies and driving beat. New track ‘Taking The Blame’ is very much in the same vein as ‘Breakaway’ and there will be no complaints if the forthcoming second album maintains the standard of the debut. 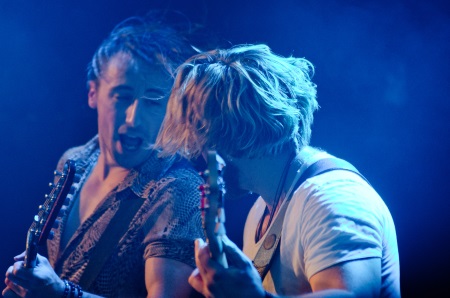 It’s been an incredible year for Inglorious, who have been almost constantly on the road in 2016 (check out our limited edition exclusive commemorative shirt here) and this shows in their maturity and ability to completely own the stage. They had the strongest possible start a year ago and they are only getting better.

And so on to Last In Line, comprised of members of the original Dio band. The release of their album ‘Heavy Crown’ at the beginning of this year was overlaid with sadness by Jimmy Bain’s death shortly before its launch. At the time the future of the band was unknown, but thankfully they decided to continue and it was such a treat to see them tonight. 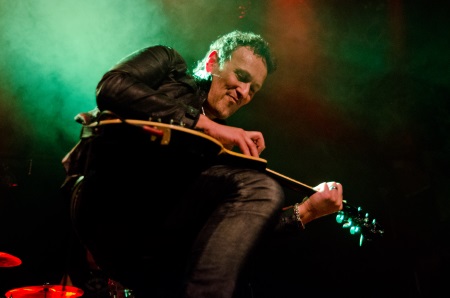 It’s very difficult to put into words the buzz from hearing and seeing the classic Dio songs performed by those who were involved in their creation. This is no tribute, it’s the real thing. So many shivers down the spine and wow moments as these songs live on and are every bit as powerful as they ever were.

Vivian Campbell was as engaged and animated as he is in his day job with Def Leppard and Vinny Appice was belting out the power on the drums. Former Ozzy Osbourne and Dave Lee Roth band member Phil Soussan, has been recruited for bass duties, causing many in the audience to rub their eyes and blink when he first appeared, as with his dark curly hair he bears an uncanny resemblance to his predecessor, and he was a great fit. 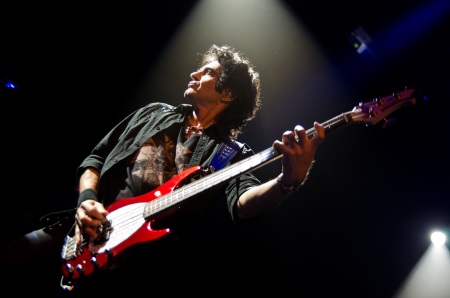 Andrew Freeman is an excellent vocalist with tremendous range and strength – like Queen + Adam Lambert there is no question of attempting to replace the irreplaceable, but in Freeman they have found someone who does far more than stand up and shout, he’s put his own stamp on the band while completely respecting Dio’s legacy.

Keyboard duties for touring are covered by Erik Norlander, following the decision not to continue with original member Claude Schnell from the original Dio band, and he shone as brightly as the others, including an impeccable ‘Rainbow In The Dark’.

We only heard four tracks from ‘Heavy Crown’, the rest of the material being Dio classics, and every single one hit the mark. If either Ronnie or Jimmy had popped back briefly to say “hello” tonight I’m sure they too would have been as happy as the rest of us. 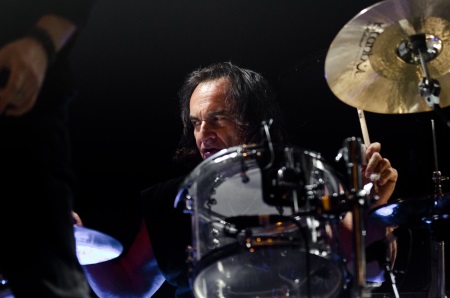 There was a beautiful moment of tribute for Jimmy when his daughter was introduced on stage and then the band launched into ‘Starmaker’, one of the epic tracks from the new album which was out of this world. Once the final strains of ‘We Rock’ faded away, an afterglow of satisfaction and appreciation settled.

So this was exceptional overall – we had the old guard still on peak form, and the newcomers generating the sort of buzz and excitement that is the true spirit of rock. Inglorious and Last In Line stand shoulder to shoulder as bands with top songs and the ability to captivate an audience. It really doesn’t get better than this and tonight will be remembered for a long time, for all the right reasons.

Last In Line setlist:
Stand Up And Shout
Straight Through The Heart
Devil In Me
Don’t Talk To Strangers
Holy Diver
Martyr
The Last In Line
Already Dead
Rainbow In The Dark
Starmaker
We Rock