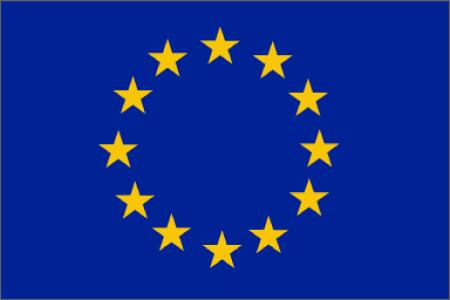 Should the UK vote in or out of the EU in this Thursday’s referendum? It’s a tricky one. We’ve all heard every side of all the arguments on the economy, immigration, human rights, defence, sovereignty, fishing, misshapen bananas, blah, blah, blah, blah, blah…

Neither side seems very sure of what would happen in either event. I don’t believe a word that comes out of David Cameron or Boris Johnson’s mouths and quite frankly I’m bored sick of listening to them and their uncertain promises.

One thing that I can predict will undoubtedly happen if the UK votes out of the EU and becomes a Swiss style, associate non-member is that fewer bands will include British gigs on their European tours. Conversely it will be harder for UK bands to tour Europe.

The open borders for trade in EU countries currently make touring the EU very easy. The fact that the UK is outside the Schengen Agreement already makes it hard for immigrants to enter the UK (hence the refugee camps near Calais- that wouldn’t change) but it would be harder for bands to tour to and from the UK if we went Swiss style.

Currently, I can hypothetically book my band, Sack Trick, a gig in Milan, Italy for example, pile our gear in a splitter van and off we go. Just show the passports at Dover and Calais (because of our being outside the Schengen agreement) and then drive straight through France to Italy with no more fuss or red tape.

Actually that depends on the route we take.

If we drive south through France, down to Lyon and cross the border into Italy towards Turin, we’ll be fine. Straight through, non-stop till pasta and vino time in Milan. It’s the slightly longer and less scenic of the two routes but you’ll thank me for recommending it.

If we drive a more direct route, down through France to Basel, crossing into Switzerland via Lucerne and then crossing the Italian border at Como we’ll save on the mileage but it’ll actually take a lot longer, involve a lot of red tape and possibly extra cost. Most bands avoid Switzerland if at all possible.

This is because Switzerland is not in the EU and is not covered by EU law. If you want to take musical equipment in or out of Switzerland you need to apply for a form called a carnet in advance.

This carnet form costs money and takes a while to fill out. As well as all the usual contact details in triplicate, a carnet requires you to list and describe all the equipment that you’re taking with you, along with individual serial numbers and which boxes each item is packaged in. UK customs then charges a fee to approve and stamp the carnet. The process is so lengthy and complex that many touring bands employ a specialist carnet agent to do this for them. 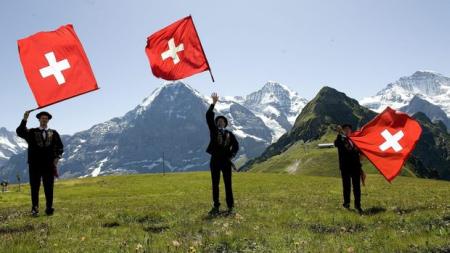 Unlike the other borders in mainland Europe, when we arrive at the Swiss border, they will usually stop a vehicle that might have cargo or a rock n’ roll band in it. The Swiss customs officers will first ask a few chatty questions about what kind of band you are, where you’re going and if you have any concerts in Switzerland. Then they’ll want to see the carnet.

They might then want the van unloaded and ask for individual boxes to be opened up for their inspection. They will expect to see each box contain the same items as listed on the carnet with the same serial numbers. Its not unknown for them to want to see gear dismantled on the spot to see a serial number at the back or the underside of an instrument or amplifier.

If you stopped at a guitar shop in France on the way down and bought a new FX pedal, or replaced an amp with an identical model but with a different serial number, there could be lengthy delays while explaining this to them and then possible fines and additional taxes. Luckily Swiss customs officers are very patient, speak excellent English and accept most major credit cards.

Once the Swiss customs have approved and stamped your equipment carnet, then comes the really fun part. They will want to know if you’re selling t-shirts or merchandise. As a precaution they want bands to pay Swiss VAT on all their shirt stock in advance at the border. So they’ll want all the shirts counted, then take their percentage off your credit card. If you’ve got a few hundred shirts that could take some time and probably be quite expensive.

If you haven’t declared your merchandise correctly that can cause more trouble. I was with a band once that made that mistake at the Swiss border at Basel. That took about two hours of explaining and a fine of a few hundred Swiss Francs. 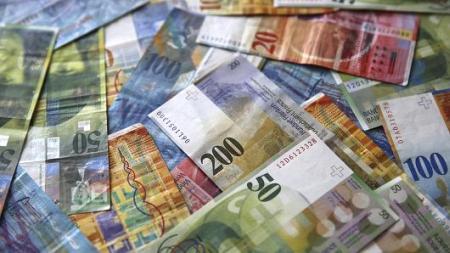 But don’t worry, as soon as you come to leave Switzerland and go into Italy a few hours later after a nice drive through the Alps they’ll refund your VAT on any unsold t-shirts. To do this of course, they’ll want to count the shirts again and have another look at the carnet, your equipment and its serial numbers.

That’s if you’re simply crossing Swiss territory on your way to Italy. If you stop along the way and do a gig in Switzerland, the customs will be keeping the VAT on any shirts you sell. They also sometimes send plain clothes police to gigs in Switzerland to see what you’re selling on the merchandise stall and if you’ve declared it all properly on the way in. That can require another fun re-count of the stock too.

This is all to make sure that you’re not selling your t-shirts or even guitars in Switzerland tax free for cash.

Once we’re into Italy and back in the EU, we’re free to take our equipment and t-shirts around where we like. We can sell it, swap it or even burn the keyboards, so long as we do not break EU emissions laws in the process.

The only other problem arises when we want to return from Milan on the shortcut through Switzerland (having our t-shirts re-counted and re-paid for on entry and then re-counted again and re-funded again on exit) and if the burn marks on our keyboards make the serial numbers unmatchable to those on the carnet.

For this reason most bands avoid travelling through Switzerland whenever possible. Many bands avoid playing gigs in Switzerland entirely and some bands that do play Switzerland, simply do not sell merchandise at those gigs. It’s just not worth the hassle.

There are many uncertainties about what would happen if the UK leaves the European Union after this week’s referendum. But one thing is certain, if the UK is no longer in the EU and we take a Swiss style loose association with the EU our border controls for trade will be tightened, then carnets and merchandise checks will inevitably become compulsory for bands going in or out of the UK.

I’m not saying that no bands will ever play the UK again, of course most bands will still come here but it will be yet another step in discouraging some bands, especially those on the club level or those who travel with a lot of merchandise. For some of those bands the UK will, like Switzerland, simply not be worth the hassle in future.

In the meantime, go and see as many gigs as you can here in Britain. Here’s a few recommended bands with upcoming UK shows:

All of those artists are touring Europe this year or next. They’ve variously got shows in Germany, France, Scandinavia, Italy, Austria, Eastern Europe and the UK. Interestingly, none of them have any gigs currently booked in Switzerland.

Bands’ European tour dates correct as of 21/06/16 on their websites and at www.bandsintown.com.

Read all about the fun of a UK carnet form here.

Some guidance from Swiss Customs on transporting merchandise through Switzerland can be found here.

Rog Patterson, a recommended Carnet Agent and friend of mine. You’ll be needing to save his link to your favourites if you’re in a UK band and we vote out of the European Union later this week. 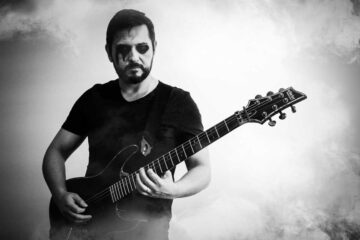