Devin Townsend’s eclectic career and vast array of side-projects have spanned a huge number of genres and styles since the early 90s, yet always with his distinctive style and vocals. Devin is known for his honest and often intense interviews, frequently speaking out about mental ill health, his misuse (and use) of drugs, and his incredible emotional connection to his albums.

Oliver Wardell and I spent 15 minutes with Devin for a really inspiring chat which you can listen to below.

Having bumped into Mark Holcomb from Periphery in a coffee shop, watched Devin’s soundcheck and then interviewed the man himself, I was understandably fairly buzzed for the show, and I wasn’t disappointed. 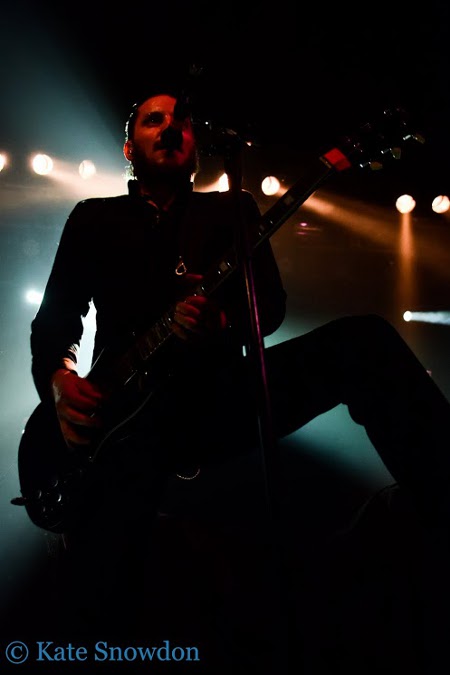 Support band Shining opened explosively, in keeping with the image they have built up for themselves of being just slightly the far side of crazy, followed by Periphery, who were note perfect and flawless as usual.

However, despite all of this, something was lacking. There was a certain tone lacking in a live performance from their records, and this, combined with their stiffness, lack of audience engagement and blinding strobes actually did manage to sour their live performance to the point where I’m disappointed I saw them. 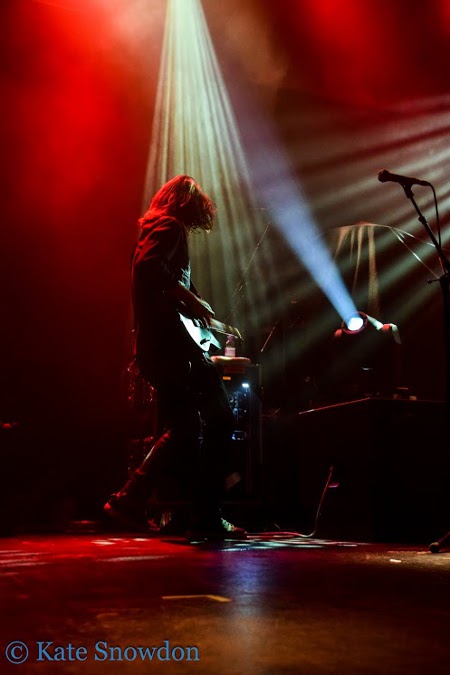 Devin has a bizarre slideshow to open with which is entirely made up of his contorted face photoshopped onto celebrities and pop culture references. My highlights, personally, were ’50 djent’, the Queen, Sarah Palin, and Henry VIII. I’m not sure I’ll forget his face on THAT Marilyn Monroe image either. This was followed by a Ziltoid video, memorably stating his intention to colonise earth for coffee, and stating that “chaos is sexy”.

As Devin entered to deafening cheers, he shouted “Well, you guys are friendly!”, seemingly baffled that everyone was pleased to see him. 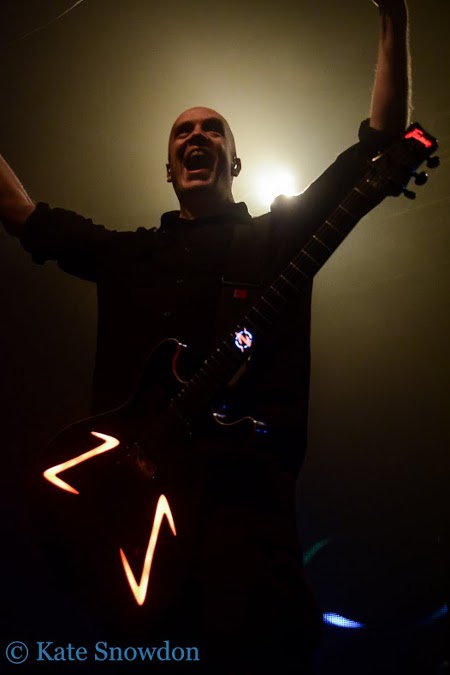 The band certainly were, with keyboardist Mike St-Jean rocking out a ridiculous and wonderful amount, while taking care of all the recordings, samples and backing tracks, no mean feat, as many of Devin’s tracks feature some beautiful female vocals and impressive atmospheric synths, so keeping tabs on these during live shows must be some job. 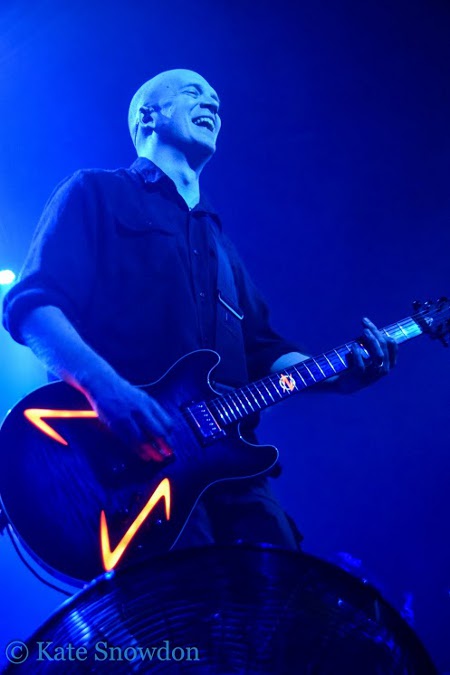 Devin’s patter continued to rule throughout the whole gig, asking the crowd to do “a load of silly Metal things” like the countdown, the jumping up, the lighters in the air, and all the rest of it, but said he knew we would like it because “if you’re here to see me you must know you’re at least a little nerdy”, and he does know his audience.

His setlist had a lovely mix of old and new, a difficult task given his ridiculous back catalogue, and every single song seemed to resonate with the audience, from the wonderfully awesome ‘March Of The Poozers’, which is somehow even better live than on record, and the sublime solo version of ‘Ih-Ah!’, which featured some arbitrary and insanely good vibrato vocals from Devin. 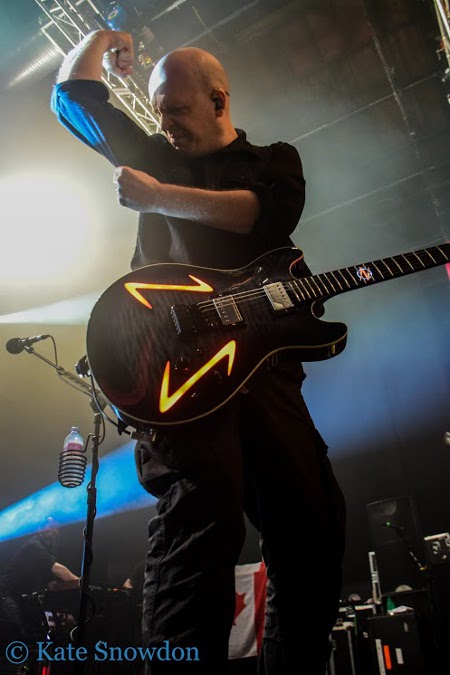 His live vocals were actually brilliant, not disappointing at all, with him enunciating super clearly, and obviously deeply feeling the lyrics he was singing, making me appreciate his talent all the more.

Over and above the talent of the band, Devin’s song-writing ability and the incredible sound they’ve developed over the years, is Devin’s incredible passion, for what he does and the people who listen to it.

And here’s the aformentioned interview: