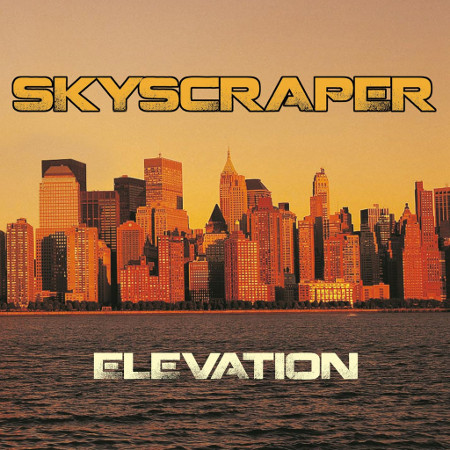 I’ve been waiting in anticipation for this album to arrive for a long time. Word on the street, in the bars of London and amongst the rock fraternity of journos of this project on how good Skyscraper are has been spoken about in hushed whispers for a long, long time.

Two years in the making and at long last I finally have a copy in my hands and it certainly has been worth the wait. The rumours have proved to be true as this debut album from Skyscraper is a breath of fresh air in the AOR melodic rock scene.

Skyscraper consist of UK and Scandinavian musicians including the talents of Norwegian guitarist Tor Talle who has previously worked with Joe Lynn Turner and Fergie Frederiksen, vocalist from the Black Country Lee Small, last heard with Shy and the lovable David Boyce who was last seen playing the four strings with the Quireboys after a lively past with both Airrace and Paul Samson’s Empire. The drums are supplied by the Swedish guest Imre Daun.

Produced by Martin Kronlund, Skyscraper have made a modern sounding album with their own inimitable style. The sound has a pompy yet rocking edge which reminds me of Canadian veterans Saga, especially in the guitar and drumming departments.

Yet with Lee Small’s vocals full of clarity and finesse Skycraper have their own unique sound that cuts them above most modern day sounding AOR bands who try a little too hard on the North American sound. Skyscraper have a loose yet ragged feel that keeps the music uplifting and fresh. 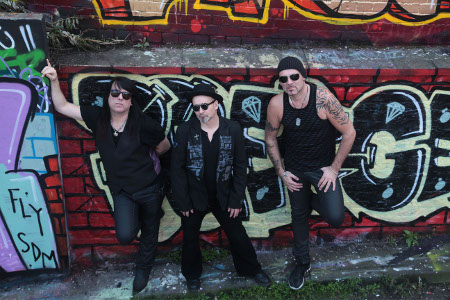 ‘Monday Morning’ is a fine example of what’s on offer here, a mature stylish number which is the perfect slice you need to blow away the weekend’s excessiveness before the slog of working five days of 9-5. If this track dosn’t set you up in the right mood, then nothing will.

Other highlights include the dreamy ballad of ‘Everybody Cries Sometimes’ which is straight from the John Waite songbook, the divine ‘Far Wray’, the more up tempo ‘Across The Barricades’ plus the late night sublime groove of ‘Sweet Little Sister’. The content on this entire album is of the highest order.

I certainly hope that Skyscraper can capitalize on the music made herein and put together some live dates because it would be a damn shame if Skyscraper ended up with cult status, i.e a fantastic album that sells bugger all because there was no live promotion behind it.

With the musicians scattered over different parts of Europe that can prove to be a problem but Skyscraper have certainly made an elevating album that deserves to go all the way to the top.