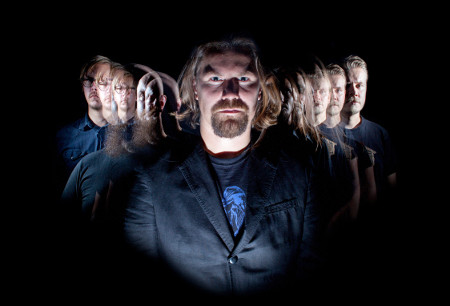 This is the second album from Finnish prog rock outfit Minutian and is the follow-up to 2011s favourably received ‘Repercussions’.

It hasn’t been without incident or heartbreak – after the tragic death of guitarist Jaakko Jernberg in 2012, Minutian dealt with their loss with a lengthy process of writing new material and this album is dedicated to the memory of Jaako and closes with ‘Redeemer’, a song he composed and wrote the lyrics for.

The title ‘Inwards’ depicts not only the overall expression of the music and the process leading to its creation, but also an underlying theme in the lyrics. The album’s narrative tells a story of the protagonist struggling with his visions and seeking ways to mend his shattered thoughts to ultimately find safety.

So now you know the background, time for the all-important part, the music.

‘Hollow Heroics’ is first up and after the gentle intro, fuzzy overdriven guitar, if you like that sort of thing, leads headlong to passion filled, emotional vocals, melodic and infectious, the six strings still riffing along behind. A few sections to the song, dropping down, some keys exploring before the familiar melody fires back in, guitar cleaning itself up. A good start and scene setter.

‘On Derelict Sidings’ could be a fitting description for the state of this country’s rail network, but this probably has better subject matter. Different feel and mood than its predecessor, cleaner guitar and a more than interesting rhythm behind this one, on the verse especially, vocals again giving more than a little empathy to proceedings. It all heavies up for the choruses and there is even time for a fairground-esque organ to draw matters to a close.

‘The Crust Of The Earth’ is again very different, with some more interesting drum patterns and arrangement. This has an edge of grunge to it, but not a heavy edge so don’t panic, the verses full of a darker atmosphere. Not musically but in the message portrayal there is a bit of the Alice Coopers about this one, to my ears and warped mind at least but that isn’t to be sniffed at (the Alice part, not my warped mind). A well written piece, although I found it hard to get into but ironically because of the changing tempos and layers.

‘Void Within’ again heads off in a different direction – more methodical, down to earth and less heavy. Its message is clear though and the guitar behind it is a perfect foil for more message inflected vocals, chopping almost chaotic rhythm behind the mouthpiece with elements of improve creeping in. It heavies up after a few minutes and they manage to transport you to the same part of the emotional world with some quite moving guitar work and soulful vocals.

‘Onus’ comes to life with some haunted piano work, off key and a mix between a modern and talkie era horror film – you can be fairly sure some not very pleasant fate is about to befall whoever the star of the movie is, you know the kind of thing. There are some atmospherics that finish of the track but it is very very short, coming in at just under ninety seconds. But it works as a break and scene setter for the next one, ‘Burning Bright’ which certainly doesn’t come in the short category at almost seven minutes. This is another one with a few songs on in one, multi-layered and all fitting together very seamlessly, slower, deliberate verse, powerful singing marking the chorus out and some nifty guitar bringing it all to a head – mix in a few other changes and you have quite an epic.

‘Manifest’ thunders in, powerful guitars, catchy riffs leaving you wanting more and that more comes in the shape of the heavy vocals, the heaviest yet. The breaks in the vocals filled with more alarm inducing guitar, before it drops back slightly, a now familiar pattern. The last sections are pure driving heavy rock, cool sounding solo, all the elements you would put in a song of this nature and they are all done well. To me this is the type of track they excel at – more of them please.

‘Aphelion’, which if you didn’t know is the point in the orbit of an object where it is farthest from the Sun, is about as different as you can get from ‘Manifest’ but works just as well. Softer, meaningful, driven by the drum and choppy guitar patterns, echoing vocals perfectly in tune, musically and rhetorically, before it changes tack with heaviness restored, guitar anthemic, slow and heavy winding everything up, cymbals crashing building the mood.

This is a long one, more than ten minutes so you would expect some changes to avert insanity or even boredom, but ironically given that many of their shorter songs go through several stages, there are probably less obvious breaks in this but the aforementioned boredom is never likely to happen. Good news there then and another winner.

So to the last one ‘Redeemer’ which, if you were paying attention, you will know is the one written by deceased guitarist Jaakko Jernberg. Obviously a lot more than just a song to the band, and from my point of view I hope it is as good as the rest, just because I would hate to have to say otherwise.

Starting off in a way very different from anything that has gone before, not in tempo but in feel. Gentle, but with a touch of doom about it (although mixed with optimism – now that’s clever), gentle, abrupt military like drums, punctuate as the vocals come in, some Spanish guitar sounds even finding their way in.

Again more than one level to this as it builds again after the lull, guitars coming from all sides in the mix as it reaches its crescendo. The good news? It is definitely as good as anything else, in fact to my ears it is the standout track – you just know the guys put everything they had into its delivery and it worked well.

Definitely a good album, although the very word prog can be misleading as it tends to get attached to the weirder songmongers along with the likes of yes in the past – mind you, they were weird. This has prog elements and is progressive so they are using the term as it was probably meant to be used before the media got hold of it. Musically it has a lot in it for a lot of people – I am not the greatest prog fiend in the world (seriously weird freaks, half of them) but this is a different matter entirely.

The songwriting is right up there, production is good, mastering is exemplary although it was mastered by Ronan Murphy who has worked with the likes of King Crimson, so he should know a thing or two. I have to say I am very admirable of the drumming, and general percussion, on this as it isn’t your run of the mill stuff and a breath of fresh air it has to be said. But all have stood up and been counted to come up with an impressive piece of work. Jaako would be proud. 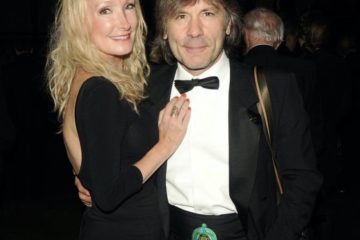