With Progressive Rock enjoying a huge revival, it is great to see the launch of CELEBR8, a British Progressive Rock Festival starring a veritable who’s who of Progressive Rock. The brainchild of Jon (Twang) Patrick, who has for years been spearheading the Prog revival with his House Of Progression shows at The Peel in Kingston, it is the culmination of years of bringing the finest bands around to this little Prog oasis in south-west London. 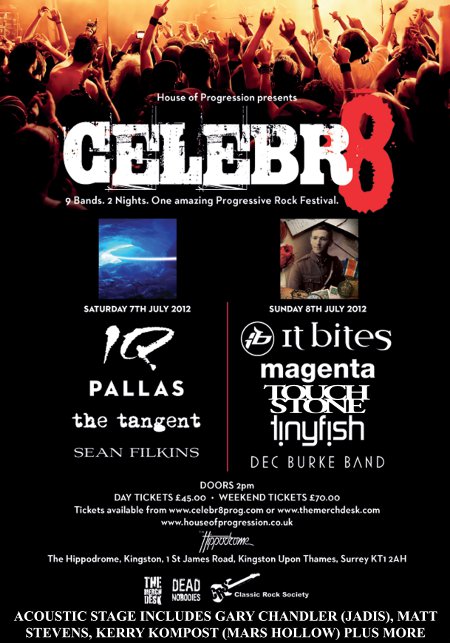 With other festivals either cancelling or taking a sabbatical, CELEBR8 is going to be a highpoint on the Prog and Classic Rock gig calendar this year and features some of the most established artists in the genre, as well as newer artists who are set to lead the next wave of Prog Rock.

The Festival takes place at The Hippodrome, Kingston upon Thames on July 7th and 8th.

Saturday July 7th, the Main Stage sees headliners IQ performing the whole of their stunning ‘Subterranea’ stage show for the first time in Britain in 13 years.

The rest of the day’s Main Stage line-up features three bands who last year released some of the most critically acclaimed albums in progressive rock. Scotland’s Pallas released ‘XXV’, a stunning sequel to their ground-breaking 1984 debut album ‘The Sentinel’ and are taking a break from working on XXV’s follow up due for release early next year. The Tangent’s ‘Comm’ was also a landmark album and saw them receiving global critical and audience acclaim and last but definitely not least we have the amazing Sean Filkins opening proceedings. Sean, who for many years was vocalist with cult Progsters Big Big Train, last year launched his solo career with the marvellous ‘War And Peace And Other Short Stories’. 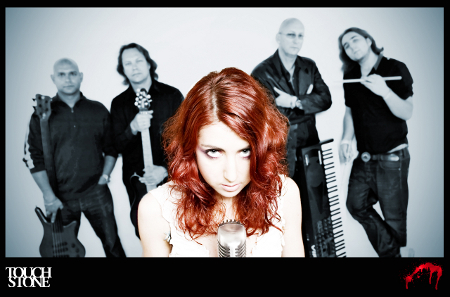 Day 2 (July 8th) The Main Stage is headlined by It Bites, a band currently riding high on the release of their new album ‘Map Of The Past’. Frontman John Mitchell (frost*, Arena, Kino) will be performing with Arena at Loreley (Night of The Prog) on the Saturday and jetting back to the UK first thing on Sunday to front It Bites at Celebr8 that evening.

Next on the bill are Magenta who have recently been playing shows in Europe and are currently promoting their ‘spontaneously recorded album’ ‘Chameleon’, whilst at the same time working on their next album ‘Magenta 6’.

Then we have a band being tipped for big things, Touchstone, who come in to replace Mars Hollow, whose recently much publicised implosion meant that they had to cancel their first ever show outside of America. Riding high on the back of their recent chart success with ‘The City Sleeps’ album, and following their recent British mini tour they will be on red hot form.

Preceding Touchstone we have a band that strum the heartstrings of Prog fans the world over, the self proclaimed ‘smallest Prog Band in the world’, Tinyfish. What can be said about Tinyfish that hasn’t already been said? Probably lots but most of it would be hilarious and they are true (mini) legends.

And finally to open the Sunday proceedings, we have the awesome guitar wizardry of Mr Dec Burke and his band in a most riotous fashion. 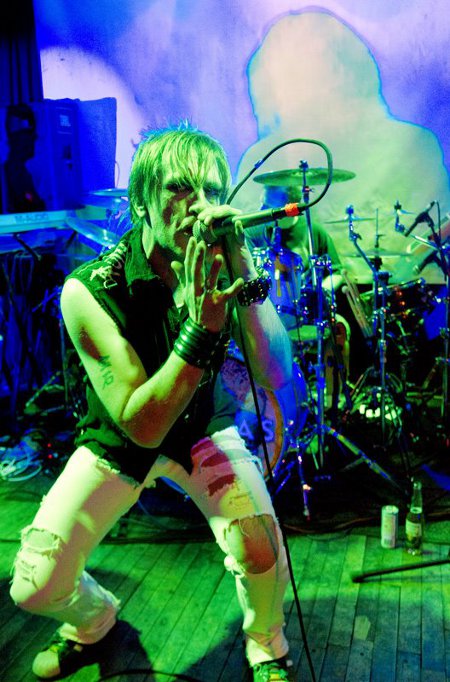 With this lineup CELEBR8 is throwing down the gauntlet to other established festivals whilst at the same time offering true fans of Progressive Rock the best weekend’s entertainment anywhere this year.