Former Judas Priest guitarist KK Downing has made a statement via his official website regarding his departure from the band earlier this week. You can read the full statement below.

“K.K. leaving was his own decision, for the reasons he made public on his web site [earlier today].”

“We had a fantastic time together on the ‘Nostradamus’ tour… but K.K. has his own life to live and we can’t force him to do anything he doesn’t want to do.

“He told us before Christmas time. Personally, I thought this could be the end… Emotionally, for me, it’s been very, very difficult…

“When K.K. said he was thinking of retiring, Glenn was the first guy to send him a personal email to say, ‘Ken, I hope you’re OK. If there’s anything you need, just let me know.’ We kept the door open all this time in case Ken changed his mind, but the clock was ticking.”

When asked about the band’s decision to go ahead with the Epitaph world tour with 31 year-old British guitar player Richie Faulkner as replacement guitarist, Rob said;

“K.K. can never be replaced; he’s unique, and we didn’t want any kind of K.K. copycat. Richie Faulkner came to Glenn’s house to jam, and Glenn simply told me he was absolutely brilliant.”

“It is with much regret that I will not be with you this summer. Thank you all from the bottom of my heart for your concerns about my health. Please rest assured that I am OK.

“There has been an ongoing breakdown in working relationship between myself, elements of the band, and the band’s management for some time.

“Therefore I have decided to step down rather than to tour with negative sentiments as I feel that this would be a deception to you, our cherished fans.

“However I would urge you to please support the Priest as I have no doubt that it will be a show not to be missed.

“All my love and respect.”

ALBUM REVIEW: IMONOLITH - STATE OF BEING 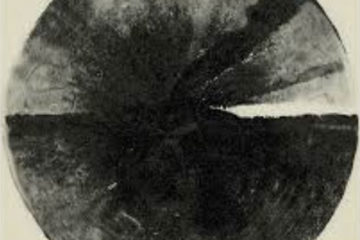